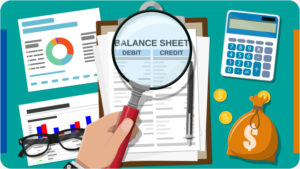 The ATO has recently updated its approved SMSF auditor checklist. This checklist sets certain minimum expectations of auditors and is used by the ATO when reviewing an auditor’s competency. This checklist can be found at https://www.ato.gov.au/assets/0/104/2244/2335/9c29ecc7-c31a-4253-b1ae-9fecbb45d252.pdf.

The professional obligations of SMSF auditors are contained in Part 16 of the Superannuation Industry (Supervision) Act 1993 (Cth) (‘SISA’) and Part 9A of the Superannuation Industry (Supervision) Regulations 1994 (Cth) (‘SISR’). When the ATO makes an assessment using this checklist and believes that an auditor does not meet the legislative professional standards, it can refer the auditor to ASIC for disciplinary action pursuant to s 128P of the SISA.

A thorough audit increases the likelihood of early detection of a contravention of superannuation legislation which can result in a more timely rectification; thereby minimising any adverse consequences. Despite this, the importance and value of engaging a ‘good’ auditor is often underestimated or seen as a chore rather than an opportunity for an SMSF compliance check up.

The ATO checklist examines a number of aspects of the auditor’s role when conducting an audit. In this article, we examine the first criteria relating to the auditor’s SISA and SISR obligations. We appreciate that in the auditing industry, the choice of auditor can be embedded in a commercial relationship between an adviser, accountant and their firm as a whole (collectively we refer to ‘Advisers’) and the auditing firm. However, it is important that Advisers are aware of what is assessed in this first criteria of the checklist and conduct their own similar due diligence before engaging an SMSF auditor to audit their SMSF clients.

It is worthwhile noting here that the top 100 SMSF audit firms audit around 186,000 or 31% of the 600,000 SMSFs that hold around $170 billion in assets. The ATO reviewed over 50 of the top 100 auditors during FY2019 and is expecting to review the remaining 50 before 30 June 2020. During FY2019, the ATO also referred 51 out of 150 high risk auditors reviewed, to ASIC. If the ATO refer an auditor to ASIC, ASIC may, among other things, cancel that auditor’s registration and impose other restrictions.

The first five criteria of the ATO checklist are related to auditor independence. Lack of independence can cloud an auditor’s judgement and can cause non-compliance to go undetected or ignored to the detriment of the SMSF. Advisers should not take a ‘one size fits all’ approach to engaging an SMSF auditor for their SMSF clients but should assess each engagement on a case by case basis.

Advisers and the auditor should undertake an independence assessment before engagement, asking whether the auditor (personally and their employer) is independent of mind and in appearance of the SMSF trustee. The AATA in Whittle and ASIC [2018] AATA 1861 made it clear that the auditor is to be independent from the SMSF trustee and not the other way around which can create a different result.

According to the Code of Ethics for Professional Accountants (APES 110) an SMSF auditor is to be both independent in mind and independent in appearance. Independence of mind means that there are no factors which could influence the auditor’s professional judgement and their ability to assess an SMSF objectively. Independence in appearance means that a reasonable third party would likely conclude that the auditor was able to conduct the audit objectively.

Advisers are broadly aware that being independent can interfere with a client/auditor relationship between the Adviser and the SMSF auditor. The commercial reality of some relationships is that the Adviser’s client is also the auditor’s client. A conflict between the Adviser and SMSF auditor can arise if any contraventions have occurred. This may be the case where investment strategy advice has been given by an Adviser but the advice has led to a contravention.

Between the ATO and ASIC, there are many factors that are examined to determine if an auditor is a fit and proper person. The factors to consider before engaging an auditor include:

Auditors are required to have professional indemnity insurance above the prescribed minimum amount of cover. Advisers should consider the amount of insurance cover that an auditor has in view of the value of their SMSFs. This may add a layer of comfort for the SMSF in the event of the auditor’s negligence as all or part of the loss may be recoverable against an auditor.

Recent developments is placing increased responsibility and accountability on SMSF auditors. SMSF auditors are also being more closely monitored by the ATO and ASIC to ensure they are appropriately discharging their obligations. SMSF auditors have many obligations that must be satisfied including, where necessary, lodging an auditor contravention report which may lead to further scrunity of an Adviser’s SMSF client.