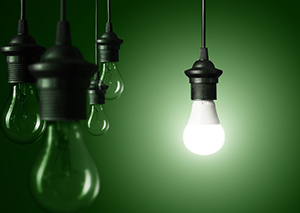 Two mysteries that loom large on the SMSF landscape are the issues of SMSF penalties and the sole purpose test. However, a recent Federal Court case sheds some light on the uncertainties in these areas.

Facts of the case

The decision in Deputy Commissioner of Taxation (Superannuation) v Graham Family Superannuation Pty Limited [2014] FCA 1101 (‘Graham’) involved an SMSF that was established in 2006. The trustee of the fund was a company. The directors of the trustee and members of the fund were Ian and Carolyn Graham (husband and wife).

Additionally, from around 2007 until 30 June 2012, the trustee had paid for a caravan, stud cattle, motor vehicles, and associated costs for these items. These items did not generate income for the fund. There was also other unexplained expenditure. The various outgoings were treated as loans and by 30 June 2012, the loan account of the fund stood at $260,064. Auditor contravention reports were lodged between 2008 and 2011.

The fund was not declared non-complying at any point. The Court recounted that the reason for this was that Ian and Carolyn repaid the fund using other assets. The parties agreed that the Commissioner could have declared the fund to be non-complying.

The parties also agreed that the trustee of the fund contravened the sole purpose test, the prohibition on loans to members, the in-house asset rules and the arm’s length rule.

The ATO view is that the sole purpose test requires an objective assessment of the facts (SMSFR 2008/2). That is, the question is not resolved by trying to look into the actual intention a person has, but rather by examining what a reasonable observer would glean from the facts.

Accordingly, whether the investments are at arm’s length is an extremely good indicator of whether the sole purpose test is contravened or not.

In Graham, Ian was liable to pay penalties of $30,000 and Carolyn was liable for $10,000. These amounts had been agreed between the parties before the judgment. The Court was required to consider whether the penalty was appropriate and whether it needed to be adjusted. The maximum penalty in the relevant law was $220,000 per contravention. Buchanan J found the agreed penalties (which were significantly lower than what could have been imposed) to be appropriate.

The relevant facts of the case occurred prior to the commencement of the new administrative penalty regime. Were these facts were to occur today, the ATO may well have chosen the path of least resistance — applying administrative penalties under the new regime instead of going to court. We now consider the differences between the two approaches.

The effect of a ‘dominant’ trustee

It is interesting that Carolyn received a lower penalty since her husband was found to have played a dominant role in the management of the fund. However, trustees and advisers should not be lulled into a false sense of security that a ‘passive’ trustee will be ‘let off the hook’. The context of the Graham decision is confined to the specific law considered. The civil penalty regime involves a level of discretion as to the amount of the penalty, which allows considerations of who was the ‘dominant’ player. In contrast, the new administrative penalty regime does not contain this discretionary element. Further, other areas such as trust law do not recognise the idea of a ‘passive’ trustee (see, eg, In the Estate of William Just deceased (No 1) (1973) 7 SASR 508, 513). Such cases show that each trustee who accepts the office is an active trustee.

The amount of penalties and ability for ATO imposition

In Graham, excluding legal costs, the directors had to pay total penalties of $40,000. If the same contraventions occurred today, the ATO could likely impose administrative penalties of at least $20,400 (in-house assets and loans to members are penalised at 60 units each, with each unit worth $170). These penalties could be imposed relatively easily by the ATO, without needing to approach the court. Interestingly, the arm’s length rule and the sole purpose test cannot currently be penalised under the new administrative penalty regime (they are not mentioned in the statutory list).

Also, the total administrative penalty would likely be doubled in the case of two individual trustees instead of a corporate trustee.

In Graham, there were 80 distinct contraventions of the prohibition on loans to members. However, the parties and the Court accepted a single penalty being imposed on a ‘course of conduct’ basis. That is, the loan contraventions were accepted to be part of one ‘course of conduct’, and therefore attracted one penalty. However, the Court in Graham was required to sanction this approach, with Buchanan J mentioning that different facts may have produced a different result. When comparing the penalty regime in Graham to the new regime, it is notable that the new regime is couched in inflexible terms as follows (SISA s 166):

This language does not lend itself to a ‘one penalty for a single course of conduct’ approach. Also, paradoxically, it would appear that if there are fewer contraventions, it is more likely that a penalty applies each time. For example, if there were only two loans to members, six months apart, it is hard to argue this is a ‘course of conduct’. Rather, it is more likely that each loan would give rise to its own penalty (unless the ATO specifically chose to apply the law more leniently).

The role of ATO policy in applying the new administrative penalties

The above comments on the new penalty regime should also be tempered with recent comments on ATO policy.

For penalties to be imposed there will usually be an unrectified contravention or repeat contraventions that lead us to begin audit action.

Administration penalties will only really be a concern where there are serious contraventions. As long as trustees take care to rectify in a timely manner penalties are unlikely to be an issue. In sum, know your responsibilities, be careful with related party transactions and don’t push the rules

In summary, the ATO has broad flexibility with the new administrative penalty regime. The new rules have the legislative wording allow them to operate very strictly. However, non-binding statements on ATO policy suggest a more lenient approach for trustees that do not show deliberate or careless disregard for regulatory requirements.