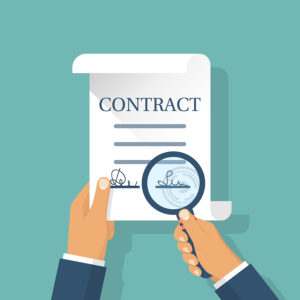 The new law pertaining to ‘ipso facto’ clauses came into operation on 1 July 2018. This article highlights the relevance of the new law for SMSFs. Note that the law in this area is complex and a detailed and careful analysis is required to properly understand how the new ‘ipso facto’ regime operates.

Background: Purpose of the new law

‘Ipso facto’ is a Latin phrase that means ‘by the fact itself’. An ‘ipso facto’ clause is a provision in a contract that allows one party to terminate or modify the operation of a contract upon the occurrence of some specific event, regardless of otherwise continued performance of the counterparty. For example, in an insolvency context, a clause in a lease that allows one party to terminate the lease if the counterparty enters into external administration is an ‘ipso facto’ clause.

For the counterparty that is affected by an insolvency or formal restructure process, some negative consequences of ‘ipso facto’ clauses include (but are not limited to) the following:

The introduction of the new law relating to ‘ipso facto’ clauses is part of the Federal government’s reform of Australia’s insolvency laws. This new law is aimed at enabling businesses to continue to trade in order to recover from an insolvency event.

Summary of the new law

Generally, where a triggering event under any of the above mentioned three categories occurs, there is a ‘stay on enforcing rights’. Please note that there is further detail in each relevant section of the CA, covering aspects such as the timing of the stay and the Court’s ability to extend the period of the stay. However, a detailed examination of these sections is beyond the scope and purpose of this article.

Note also that there also exists exceptions to a ‘stay on enforcing rights’. We summarise these exceptions into four categories:

Where a party wishes to enforce their rights despite a stay, they can apply for a court order. Broadly, the Court may issue an order if the Court is satisfied that this is appropriate in the interests of justice. (Refer to the CA ss 415E, 434K, 451F for further details about the criteria that the Court considers before making an order).

Despite the operation of a ‘stay on enforcing rights’, the new law does not prohibit the exercise of a right for any other reason. For example, where there is a breach involving non-payment or non-performance by one party, the counterparty party can pursue its legal rights.

Relevance of the new law for SMSFs

While the new law relating to ‘ipso facto’ clauses is not specifically targeted at SMSFs, it is relevant since there are an increasing number of SMSFs, especially SMSFs with corporate trustees, and these SMSFs often enter into various contracts that may contain ‘ipso facto’ clauses. The following are some common scenarios:

Naturally, there are many other scenarios where an SMSF may enter into a contract.

In the first scenario, the lease may contain provisions stating that the lease agreement is terminated if the tenant enters into administration or the tenant fails to make a lease payment within a prescribed time period. Similarly, in the second scenario, the loan agreement may contain provisions stating that the loan agreement is terminated if the borrower enters into administration or the borrower fails to make a loan repayment within a prescribed time period. In both the first and second scenarios, the SMSF trustee may seek to rely on these provisions to terminate the agreement with the other party on the occurrence of a triggering event.

In the third scenario, the LRBA documents may contain provisions stating that the loan agreement is terminated if a certain triggering events occur, such as if the SMSF trustee enters into administration or the SMSF trustee fails to make a loan repayment within a prescribed time period. In the third scenario, the third party may try to rely on the provisions against the SMSF trustee upon the occurrence of a triggering event. In all three scenarios, there may be other clauses that deal with the consequence of the termination. It is important for SMSF trustees and advisers to know whether such clauses can be relied upon if a certain triggering event occurs. In certain circumstances, they may also have to decide whether any documents need to be updated in light of the new law relating to ‘ipso facto’ clauses.

The following is a brief checklist of questions for SMSF trustees and advisers to consider when reviewing contracts.

For completeness, please note that a ‘stay on enforcing rights’ relating to an ‘ipso facto’ clause does not by itself invalidate a contract. Furthermore, the law in relation to ‘ipso facto’ clauses may be subject to further change in the future. For example, the exceptions to ‘stay on enforcing rights’ may change, so it is prudent to review the law on a regular basis.

SMSF trustees and advisers should review all contracts entered into on or after 1 July 2018. SMSF trustees should also obtain documentation (such as LRBA documentation) from a quality supplier firm that has reviewed its documentation to ensure that it is up-to-date in light of this new law in relation to ‘ipso facto’ clauses.

The law in relation to ‘ipso facto’ clauses is a new area of law and where in doubt, expert advice should be obtained. Naturally, for advisers, the Australian financial services licence under the CA and tax advice obligations under the Tax Agent Services Act 2009 (Cth) need to be appropriately managed to ensure advice is appropriately and legally provided.

For more information regarding how DBA Lawyers can assist in your SMSF practice.

Facebook0
Twitter0
Google+0
LinkedIn0
Payments above ABP minimum documentation now covers TRISs in retirement phase
What disqualifies you from having an SMSF?