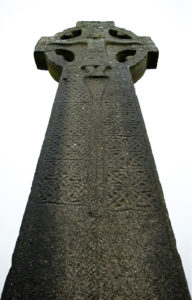 In Australia, death duties (broadly inheritance taxes) were abolished in 1979. In the realm of superannuation, however, when a member dies, recipients of superannuation death benefits are sometimes liable to pay tax.

Who doesn’t have to pay the super death tax?

Accordingly, when leaving all super directly to your spouse as a lump sum or pension, the spouse will receive it all tax free, apart from in some special cases.

While your children of any age are always allowed to directly receive your super death benefit, the children will not always qualify as tax dependants, and as such may be liable to tax. In fact, the most common category of persons who don’t qualify as tax dependants are your children who are aged 18 or over, unless they are in an interdependency relationship with you or are financially dependent on you. Both of these are typically hard to prove.

The ATO have historically placed a very high hurdle to prove financial dependency, and it often applies the following test:

Similarly, the law places a high standard for an interdependency relationship, which requires all of these factors to be met for two people:

If a person doesn’t meet any of the four tests to be a tax dependant, tax may apply when they receive a super death benefit.

How much is the death tax?

When a legal personal representative (estate) receives a super lump sum, the tax law applies as if the recipients under the will received the death benefits directly, except that the legal personal representative pays the tax on behalf of the recipients. Some advantages of paying death benefits to the estate is that the Medicare levy does not apply, and the money can be dealt with in a more sophisticated or strategic way through the will. One disadvantage is that the money sent to the will might be subject to a family provision claim (ie, a challenge to the will).

Why some do not pay the super death tax

The ‘super death tax’ only applies when a person dies with money in superannuation. Those who have met a full condition of release and withdraw super prior to dying but after reaching age 60, will be able to take those withdrawals into their hands tax free. At this point, if desired, it is possible to then gift money or assets to people, or leave this in your will.

Are there any other effective super death taxes?

In addition to the above, there are other imposts on the death of a super fund member. Until mid 2017, those with a surviving spouse were used to the idea that their benefits could be paid to the surviving spouse by way of pension, which typically allowed non-liquid assets such as real estate to remain in the super fund environment. However, since 1 July 2017, death benefit pensions count toward to the surviving spouse’s $1.6 million transfer balance cap, which is a cap on how much a person can transfer into retirement phase (ie, full pension phase). This limit may now force benefits to come out as a lump sum to the surviving spouse because the law still requires super to be paid out as soon as practicable after a person’s death. When this occurs as a lump sum and an asset such as real estate needs to be transferred out, this triggers a CGT event for the super fund. For land such as New South Wales real estate, stamp duty may apply on this transfer. This may come as an unpleasant shock.

Accordingly, while there is no headline ‘death tax’ as such, the death of a super fund member can often give rise to tax and duty. Naturally, appropriate advance planning and ensuring a well-documented succession plan is in place can minimise any death tax.