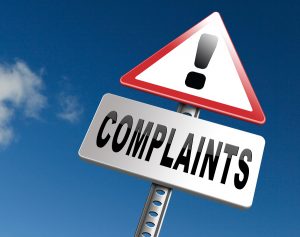 FOS’s Terms of Reference (‘TOR’) set out who is eligible to lodge a dispute, the types of disputes that FOS can consider, how FOS resolves disputes, the types of remedies that FOS can provide and other related matters. The TOR are contractually binding on members. Broadly, the disputes FOS covers include those in respect of superannuation, loans, insurance, financial planning and investments which generally do not exceed the current $500,000 limit. However, FOS can only currently award compensation for direct financial loss or damage up to $309,000.

FOS has previously confirmed that SMSF disputes represent a significant portion of accepted disputes, with property and borrowing surfacing as a key problem area. FOS’s 2016-17 Annual Review shows that for the period of 1 July 2016 to 30 June 2017, FOS accepted 347 disputes concerning superannuation, representing 27% of investments and advice disputes with 43% of these disputes related to SMSF matters.

On 9 May 2017 the government announced that, in response to recommendations in the Ramsay Review, it would establish the Australian Financial Complaints Authority (‘AFCA’), a new one-stop shop dispute resolution body for all financial disputes. The Treasury Laws Amendment (Putting Consumers First—Establishment of the Australian Financial Complaints Authority) Bill 2017 (‘Bill’) passed both houses of parliament on 14 February 2018.

AFCA is said to provide free, fast and binding dispute resolution for consumers and small businesses. FOS has welcomed the establishment of AFCA and is working with the AFCA transition team, led by Dr Malcolm Edey, to facilitate its introduction. This team is to manage the transition to AFCA from the three existing EDR schemes (being FOS, the Credit and Investments Ombudsman and the Superannuation Complaints Tribunal (‘SCT’)).

An important factor in the new scheme is the significant increase in claim and compensation limits. As noted above, FOS cannot generally consider disputes where the applicant’s claim exceeds $500,000. AFCA however will have a jurisdictional limit of $1 million and a compensation cap of $500,000 for most non-superannuation disputes with an unlimited monetary jurisdiction for superannuation disputes (discussed below). The government expects that AFCA will undergo a review of its monetary limits within 18 months of commencement. It is also expected that membership of FOS will be required for up to 12 months following AFCA’s commencement to resolve any outstanding disputes.

It appears that ‘superannuation disputes’ in relation to AFCA refers to matters that are within the jurisdiction of the SCT. The SCT hears disputes involving superannuation matters relating to the exercise of certain discretions by APRA regulated funds such as industry, public offer and employer superannuation funds. The SCT broadly has jurisdiction in respect of non-SMSFs.

Certain types of complaints relating to SMSFs cannot be made to AFCA (SMSF complaints are also currently excluded from FOS). The revised explanatory memorandum to the Bill explains that as the trustees of an SMSF are also the members of the fund it would not be appropriate for a member to make a superannuation complaint regarding the decision of a trustee. In broad terms, while SMSF trustees’ decisions are excluded from AFCA, SMSF trustees may still lodge complaints with AFCA, eg, an SMSF trustee may, as a consumer of financial product advice, lodge a complaint with AFCA regarding financial investment advice provided by a financial adviser.

AFCA will commence operations on 1 July 2018 and is expected to start receiving complaints no later than 1 November 2018. Members of FOS must continue to maintain their EDR membership through this period, including paying membership and other scheme fees as required.

Advisers covered by an AFSL should familiarise themselves with AFCA, monitor developments in this area and prepare for its introduction.

DBA Lawyers has provided a useful guide and resource for advisers without an AFSL or those with an AFSL who wish to provide advice that does not require a license. For more information on DBA Lawyers’ SMSF AFSL Advisers Kit please follow this link: http://www.dbalawyers.com.au/summary-smsf-documents-strategy-kits/non-licensed-afsl-smsf-advisers-kit/

For further reading on related articles, please refer to: