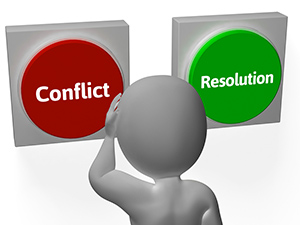 The Financial Ombudsman Service (‘FOS’) is the main external disputes resolution (‘EDR’) for accountants and financial advisers who have an Australian Financial Services Licence (‘AFSL’).

Advisers who have an AFSL must be a party to an EDR process. Where an adviser is an authorised representative of another entity’s AFSL, they are subject to the EDR for that AFSL holder, eg, FOS.

This article provides a brief overview of how FOS operates in relation to financial advisers; especially those who may have recently obtain a limited AFSL or become an authorised representative in view of the recognised accountant’s exemption under regulation 7.1.29A of the Corporations Regulations 2001 (Cth) ceasing on 30 June 2016.

FOS is neither a court nor a tribunal but is an industry body that resolves disputes between consumers and financial services providers that are FOS members which operate in Australia. Thus, consumers having direct investments and dealings with overseas suppliers especially via the internet may not have FOS as a potential ‘remedy’.

Unlike the Superannuation Complaints Tribunal, FOS is not regulated by legislation but instead is bound by the ASIC approved TOR with its costs met by the financial services providers. FOS’s dispute resolution process is provided to consumers for free.

What complaints and disputes does FOS cover?

FOS’s Terms of Reference (‘TOR’ available at http://www.fos.org.au/about-us/terms-of-reference/) set out who is eligible to lodge a dispute, the types of disputes that FOS can consider, how FOS resolves disputes, the types of remedies that FOS can provide and other related matters. The TOR are contractually binding on its members and on FOS.

In dealing with disputes, FOS must:

What compensation can FOS award?

FOS can deal with a dispute where the value of the Applicant’s claim does not exceed $500,000 unless all the parties and FOS agree to FOS dealing with a claim exceeding that limit. However, FOS can only award a maximum of $280,000 in compensation for each claim (not including interest or costs). FOS actively notifies applicants that if the dispute involves say a $500,000 potential claim, that the maximum that can be awarded is $280,000 in comepansation to ensure an applicant still wishes to pursue a dispute with FOS.

Further, there are specific limits on some types of compensation:

In practice, where an applicant raises multiple claims against a financial services provider, FOS usually deals with all of the claims together as a single dispute because this is more efficient for dispute resolution and administration. However, the monetary limit and compensation caps apply to each claim within the dispute.

A financial adviser who is a member of FOS can therefore have up to a $280,000 compensation claim made against them. Ordinarily, FOS will approach this assessment on the basis of placing the applicant in the position that they would have been in had the alleged wrongdoing not occurred. As part of an assessment of the merits of a dispute, FOS may also consider whether there was any contributory negligence, mitigation of loss and other similar legal concepts to reach a final view about an amount payable as a result of a breach.
As discussed below, there are limited grounds for a member to object or challenge a decision made by FOS

How do consumers complain to FOS?

Typically, FOS assists with disputes where a consumer is unhappy with a financial, insurance or investment product or service. The consumer must first pursue a complaint via the financial service provider’s internal dispute resolution process. All financial services providers who are FOS members must have an internal dispute resolution process. If the consumer is not happy with the provider’s response, they can contact FOS. FOS can offer a conciliation process, investigate the dispute and issue a written determination which is binding on the provider.

FOS provides an alternative to going to court and there is no requirement to obtain legal or other advice when lodging a dispute with FOS. However, FOS has its limitations as, for instance, it does not have jurisdiction to hear complaints in respect of the ‘decisions of the trustees of regulated superannuation funds’ (in their capacity as trustees). Nonetheless, FOS can be very useful in some contexts such as cases of misleading or deceptive conduct by a financial services providers.

SMSF trustees can themselves lodge complaints against financial services providers. Indeed, an increasing number of such complaints to FOS are from SMSF trustees.

To resolve a dispute, FOS may use a number of methods including negotiation, conciliation or mediation. FOS is not bound by any legal rule of evidence. Also, information obtained through FOS may not be used in any subsequent court proceedings unless required by an appropriate court process (ie, it is ‘without prejudice’).

FOS has confirmed that for the period of 1 July 2015 to 31 March 2016 just over than 10% of around 890 disputes it accepted in relation to investments and advice involved SMSF matters.

According to FOS, the main issues giving rise to these disputes include failure to follow instructions and inappropriate advice. Moreover, misleading product or service information and general service quality issues, such as failure to act in a timely way, failure to act diligently and failure to communicate effectively, are ongoing problem areas.

FOS stated that accountants and other advisers who are new to the AFSL regime should take particular care to operate in the best interests of their clients.

Can an adviser challenge a FOS determination?

Despite the broad powers available to FOS to make adverse findings against financial service provider with a wide range of remedies at its disposal, the options available to challenge FOS decisions are limited.

Where an applicant accepts a determination by FOS, it is binding on both parties. If the financial service provider disagrees with the determination, there is no further appeal or review process within FOS. However, it is not necessarily the end of the line.

This standard is difficult to satisfy and does not cover decisions that are merely incorrect or irrational. FOS is not bound by its own previous decisions. FOS decisions can also be overturned where there is evidence of fraud or where the decision maker was biased or acted in bad faith. Such cases are also likely to be rare.

In any event if a FOS decision is successfully challenged say because it is unreasonable, it is likely that a court will return the matter to FOS to reconsider in accordance with any directions or guidance offered by the court. Also, a court is not entitled to review, on the merits, the correctness of a tribunal’s decision on a question of fact (see: Mickovski).

The case of Goldie Marketing Pty Ltd v Financial Ombudsman Service [2015] VSC 292 found that there was no basis to overturn FOS’s decision to exclude a dispute that a court was a more appropriate forum. Broadly, FOS was entitled to take into account its own resourcing issues (eg, staff resourcing, capability and availability) in determining whether to exclude a dispute and FOS’s operational guidelines were held not to not form part of its TOR.

Advisers should adopt best practice procedures and proactively managing client relationships to avoid any disputes especially those that may end up in a complaint to FOS. Advisers considering obtaining an AFSL or becoming an authorised representative should carefully study the above.