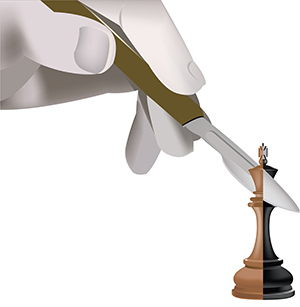 The recent case of Frigger v Computer Accounting & Tax Pty Ltd (in liq) [no 10] [2016] WASC 63 serves as an important reminder to all self managed superannuation fund (‘SMSF’) trustees that assets should be kept separate in their funds.

Namely, the message I seek to draw from the case is the importance of using a company as a trustee of an SMSF, and more importantly a company that acts solely as the trustee of an SMSF (and acts in no other capacities). Although this is a trite message, this message is not being adopted by the industry! Consider the following statistics from the ATO:

In the three years to 2015, there was a 4% decline in SMSFs registering with a corporate trustee. Of newly registered SMSFs in 2014, 95% had individual trustees.

This is depressing statistics!

The case involved a company (Computer Accounting & Tax Pty Ltd), which after a series of long running litigation cases, was put into liquidation. (By the way, when I say long running, I mean it: a simple search of the online case citatory LawCite reveals well over 30 cases since 2007 in which the company is a party.)

By way of background, Computer Accounting & Tax Pty Ltd is the registered legal owner of certain real estate in Perth, an Armadale property and a term deposit. This case, along with certain earlier cases (eg, Computer Accounting And Tax Pty Ltd v Professional Services Of Australia Pty Ltd [2008] WASC 133), indicates that the company appears to have acted as trustee of an SMSF as well as running an accounting business, which had at its peak had around 400 clients.

The plaintiffs in this 2016 case were Mrs Frigger and her husband Mr Frigger. They are beneficiaries of the SMSF of which Computer Accounting And Tax Pty Ltd had acted. (By the time of the 2016 case, Mrs Frigger and Mr Frigger were trustees of the fund.) They claimed that the ‘two properties [were] held on trust for them, either as the beneficiaries of a resulting trust or as the beneficiaries of an SMSF’. When the proceedings commenced, the Friggers sought an order ‘pursuant to s 78 of the Trustees Act 1962 (WA) that the Perth property and the Armadale property vest in Mr and Mrs Frigger in their capacity as trustees of the superannuation fund’.

This 2016 case appears merely to be an intermediary decision deciding an application on whether to restrain a certain law firm from acting (by the way that application was unsuccessful). Presumably more cases will follow!

The easiest way to comply with the ownership rules is for your fund to have a company set up solely for the purpose of being the corporate trustee of the fund.

If there is a change in directors of the company, you don’t have to change the name on the ownership documents for each fund asset as the trustee of the fund has not changed. Having a separate corporate trustee also reduces the chance of personal assets becoming intermingled with fund assets.

This is probably a good time to also mention the penalty regime. By this stage, I’m sure I’m surprising no one in stating that SMSFs with companies as trustees face lower penalties from the ATO if something goes wrong. The ATO state on their website:

Now is probably also a good time to also remind readers of regulation 4.09A(2)(a) of the Superannuation Industry (Supervision) Regulations 1994 (Cth). It provides that a trustee of a regulated superannuation fund that is an SMSF must keep the money and other assets of the fund separate from any money and assets that are held by the trustee personally. Naturally, it is easy for this to be contravened where an SMSF has individual trustees (eg, if an individual mixes their own assets with those of the SMSF).

Naturally, accountants need to be very mindful of AFSL considerations. However, there is a joint statement from CPA Australia and CAANZ that an accountant (ie, one who does not enter the AFSL ‘space’) can nevertheless make recommendations regarding a corporate trustee versus individual trustees for an SMSF since discussing the benefits of an individual trustee versus a corporate trustee is not discussing a financial product.

There is a massive trend towards using individuals as trustees of SMSFs. This trend is evidenced by ATO statistics. Of the minority of SMSFs that have companies as trustee, it is unclear how many of them have companies that only act in that capacity. Again, to get maximum benefits from the corporate trustee structure, make sure it only acts as solely the trustee of the SMSF.