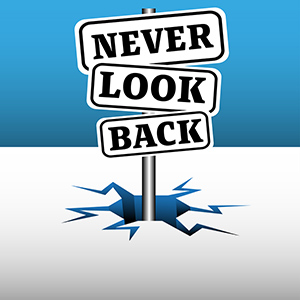 One of the most disturbing aspects of the $500,000 lifetime non-concessional contribution (NCC) cap announcement in the 3 May 2016 Federal Budget is that the new lifetime NCC cap catches prior NCC’s made since 1 July 2007.

We consider the implementation of this announcement would effectively give rise to retrospective legislation for almost 9 years (ie, 1 July 2007 to 7.30pm (AEST) on 3 May 2016 is around 3,230 days or just over 8.8 years). Thus, people who have previously relied on the law during this 9 year period in making contributions to their super funds may now have no or little lifetime NCC cap left remaining.

However, if someone makes an NCC after the Budget announcement at 7.30pm on 3 May 2016, including any NCCs made in the prior 9 year period that exceeds $500,000, then their super fund must either reject any excess amount or the excess will be taxed at 49% if the member leaves the excess in their super account if possible. (There is doubt as to whether the announcement will allow the excess to remain in the superannuation fund given the little detail on this announced change).

If we trace back recent history, recent limits on making NCCs can be summarised as follows:

As you can see, given the far more generous contribution caps applying before 4 May 2016, the $500,000 lifetime cap is a retrospective and an unfair change of law made by way of Budget announcement especially as it may not survive the political and legal process that lies ahead.

Before anyone who has made NCCs in the past 9 years makes any further contributions to superannuation, they would be well advised to request ATO confirmation of their NCCs to check whether they will exceed the new cap. The Budget Paper confirms that:

To ensure maximum effectiveness the lifetime cap will take into account all non-concessional contributions made on or after 1 July 2007, from which time the Australian Taxation Office has reliable contributions records …

Other points on retrospective law

The Treasurer, Mr Scott Morrison, may argue that the new cap is not retrospective as it does not require NCCs that already exceed $500,000 on 3 May 2016 to be rejected and therefore prior contributions are not adversely impacted. Indeed, from a strict legal perspective, one can argue that the announcement does not change anything that has occurred prior to 7.30pm on 3 May 2016. The announcement is however clearly contrary to the legitimate expectations of many taxpayers and is therefore unfair. However, this line of argument is equivalent to an argument about ‘splitting hairs’ due to the practical impact the announcement has on people’s go forward NCC caps.

The prior law permitted NCCs of $180,000 per financial year or $540,000 over three consecutive financial years (if the bring forward rule applied). Moreover, let’s assume that someone had contributed $540,000 of NCCs during the prior 9 years and now wishes to contribute more, they now have a nil lifetime cap. When did the current Government warn the public that the ‘rug may be pulled from underneath them?’

Indeed, the Government has repeatedly promised (particularly leading up to the 2013 election) that there would be no adverse changes in its next term of office without appropriate consultation. In particular, in January 2013, the Coalition released its pre-election policy document Real Solutions, which pledged to “deliver greater stability and certainty” around superannuation laws. “We won’t move the goalposts… We will ensure that no more negative unexpected changes occur to the superannuation system,” the document said.

However, following Mr Malcolm Turnbull’s appointment as Prime Minister in September 2015, he confirmed that under a Turnbull Government prior policies could be changed. “We’ve got to be agile all the time” Mr Turnbull told AM’s Michael Brissenden on 21 September 2015.

This is despite the repeated requests for stability in respect of our superannuation law due to the ‘long-term’ nature of being locked into a regulatory environment where someone cannot withdraw their money if there is an adverse change in law.

The usual process of retrospective legislation

Also, these type of retroactive tax changes to address tax avoidance and integrity announcements should be contrasted with superannuation measures where people are ‘locked into’ a regulatory system without being able to easily withdraw their savings. Indeed, most people cannot access their superannuation until they attain age 65 (subject to strict exceptions under strict preservation rules).

The Senate has processes intended to minimise periods of retrospectivity. Standing Order 44 provides that where tax legislation has been announced by press release more than six months before the introduction of the relevant legislation into Parliament (or publication of a draft bill), that legislation will be amended to provide for a commencement date after the date of introduction (or publication).

Further, Ms Michelle Gordon, a High Court judge, commented that retrospective tax law is not only hurting taxpayers but may be making foreign investment less attractive. This comment was made during her presentation to tax experts at the University of Melbourne law school in late August 2012 when she was then a Federal Court judge.

Given that all Federal legislative processes are now in ‘care taker’ mode until after the election on 2 July 2016, there is going to be considerable uncertainty as to whether this lifetime cap announcement will become law and if it does, in what form. The Labor Government has ruled out any retrospectivity to this reform should it win the election.

This article has put forward numerous reasons why retrospective law stretching back nearly 9 years should not be tolerated by the Australian community.

Assuming, despite these reasons, that the Government persists to introduce a $500,000 lifetime NCC cap, we note that such a cap is surprisingly low given the summary provided above where some 10 years ago, the amount of personal NCCs (then known as ‘undeducted contributions’) were unlimited in amount. The NCC cap was then, following a brief transitional period, reduced to $150,000 (as indexed on 1 July 2014 to $180,000) per FY subject to then a $450,000 (as indexed on 1 July 2014 to $540,000) three year bring forward rule until 3 May 2016. This 10 year slide has been a major restriction on what people could previously have contributed to their super savings.

Certainly, there were numerous submissions to Government by different industry bodies and members of the community to restrict the tax concessions in relation to superannuation for those people who had attained a certain monetary threshold within the super system. However, the Government’s response overlooks the fact that these people had contributed on the basis of the law as then applying (which was unlimited prior to the budget announcement in May 2006) and as a result, the Government should not overly restrict the ability for everyone else to accumulate a reasonable amount in superannuation to provide a satisfactory lifestyle in their retirement.

What if a member suffers an investment loss?

Many who have previously contributed more than $500,000 have lost considerable value — many losing far more than 50% on their investments — as a result of the global financial crisis (‘GFC’).

A $500,000 lifetime cap provides no scope or flexibility for these people who may suffer another GFC or another market correction (as in the October 1987 share market crash), where a substantial value of their lifetime savings may be lost in volatile trading over a short-time frame.

Indeed, there are many who were hoping to retire but got GFC’d and are still in the workforce at age 65 and 70, who expected to retire much earlier.

Moreover there have been many thousands of people who have suffered from one of the many fraudulent investment schemes and who will have no chance to accumulate any further super savings as they will generally have burnt up their lifetime NCC cap but unfortunately, and through no fault of their own, have zero or next to no dollars remaining in superannuation.

SMSFs that have entered into contracts pre-budget

SMSFs that have entered into contracts and transactions to buy investments, incurring limited recourse borrowing arrangements to gear up an investment property and other investment contacts that span 7.30pm 3 May 2016, may now be in default of such contracts and stand to lose deposits and suffer considerable loss and damages as a result of the threatened retrospective impact of the new lifetime NCC cap.

So with a mere Budget announcement without any forewarning or transitioning rule, many peoples’ superannuation planning may now be in ruins by the announced change in law.

In contrast, when changes were made to restrict SMSFs investing related unit trusts on 11 August 1999, a special 10 year transitional rule was introduced to allow an SMSF that invested in a related unit trust with borrowings to invest in further units up to 30 June 2009 to enable the unit trust to reduce its debt. Without the introduction of s 71E of the Superannuation Industry (Supervision) Act 1993 (Cth) (‘SISA’), SMSFs would have similarly been caught by an announced change but were granted a 10 year transitioning period.

The timing of the $500,000 lifetime NCC cap is particularly adverse for many SMSFs with related party LRBAs that need considerable cash flow before 30 June 2016 to place their LRBAs on arm’s length terms to comply with recent ATO guidelines. For these SMSFs to comply with the ATO’s recently released Practice Compliance Guideline PCG 2016/5, relevant SMSFs need to make the entire outstanding 2016 FY payments of principal and interest on non-arm’s length loans before 30 June 2016.

The new cap is particularly unfortunate for business owners who generally are not in a financial position to contribute super throughout their lives and fall outside the CGT small business concessions in div 152 of the ITAA 1997. Many small business owners treat their business as a ‘de facto’ superannuation savings vehicle as they generally do not have enough cash to contribute to superannuation as they are building their business.

Small business owners will also have limited capacity to utilise their SMSFs from now on to acquire their business premises. The proposed lifetime NCC cap will adversely affect many small businesses, farmers and others that wish to invest in real estate, with many properties now in capital cities (and farm land on the city fringes) valued far in excess of $1 million.

Without the ability to transfer savings from foreign superannuation funds, many will leave their moneys in these overseas funds as the upfront tax cost on repatriation may be unviable compared to drawing a steady pension.

Australia should encourage foreign savings to be invested here, but the new lifetime cap imposes severe limits on these savings being available to produce any benefit to the Australian economy.

If there is to be announced legislation by budget or press release, then it should prospective. Being prospective, if the limit is $500,000 then most people will hopefully adjust and learn to live with this new limit. However, to then seek to impose a retrospective 9 year inclusion period on prior contributions when people have gone about their affairs in an ordinary and lawful manner is unreasonable and should not be tolerated by our community. Indeed, the current Government has misrepresented that there will be no adverse super changes. A change of Prime Minister in September 2015 is no excuse for such poor law making.