By Bryce Figot on 16/05/2016 in Announcements, Pensions, Taxation
Disclaimer: The following is based on my view of materials publicly available as at the date of writing (16 May 2016). I suspect that when more details become known about both parties’ policies, some comments could become redundant.

Australia votes on 2 July 2016 and never before has so much superannuation policy turned on one election. A Liberal victory could mean very different things than a Labor victory.

In this article, I explore some of the ins and outs of each party’s announced policies. 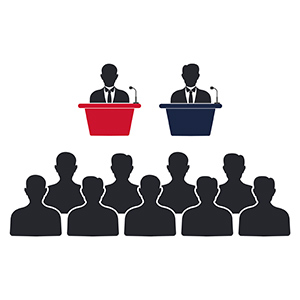 Labor has been consistent with their policies for superannuation (including SMSF) pensions. Its position is as follows:

… reduce the tax-free concession available to people with annual superannuation incomes from earnings of more than $75,000. From 1 July 2017, future earnings on assets supporting income streams will be tax‑free up to $75,000 a year for each individual. Earnings above the $75,000 threshold will attract the same concessional rate of 15 per cent that applies to earnings in the accumulation phase

… capital gains will be grandfathered …

The key drawback I feel is that the above could be very difficult to implement for those with pensions from multiple funds. For example, consider an individual who receives pensions from two superannuation funds. The earnings from the assets supporting the first pension in the first fund might total $60,000. The earnings from the assets supporting the second pension in the second fund might also total $60,000. Accordingly, total earnings (ie, $60,000 + $60,000 = $120,000) exceed the $75,000 threshold by $45,000. This raises a tricky question: in which fund is the $45,000 excess subject to tax?

I suspect that the most practical way of dealing with this problem is as follows. I stress that this is only what I suspect what would happen. Again, I have no special inside information.

Naturally, the above would be very paperwork heavy. Further, it would be mean that pensioners who might not otherwise have to lodge income tax returns would need to start lodging tax returns. However, I suspect the above — or some version of it — is what would be needed to make the Labor policy work.

Another drawback is the question of what happens in respect of the sale of ‘lumpy’ assets such as real estate. Real estate can be quite low yielding in rent meaning that in most years the $75,000 threshold might not be used up. However, when sold, there could be a large capital gain. If this capital gain is greater than $112,500 (ie, $75,000 grossed up for the one-third CGT discount that superannuation funds currently get if the asset is held for more than 12 months), then the SMSF would pay tax at usual superannuation fund rates on the excess of the net capital gain over $75,000. However, some of the harshness of this would be mitigated by the fact that ‘capital gains will be grandfathered’. Also, there is no suggestion that the $75,000 threshold will be indexed.

Firstly, ‘capital gains will be grandfathered’. On one construction, this could mean that pension assets already owned in superannuation funds will remain CGT free upon sale. Alternatively, on a more charitable/optimistic reading of the sentence, this could even mean that the second drawback doesn’t even occur (ie, that there’s no limit on the pension exemption that applies to capital gains). Alternatively, it could even mean other things.

The liberals made three noteworthy policy announcements in the Budget.

… [f]rom 1 July 2017 … introduce a $1.6 million transfer balance cap on the total amount of accumulated superannuation an individual can transfer into the retirement phase. Subsequent earnings on these balances will not be restricted.

This $1.6 million cap will be indexed in increments of $100,000 in line with the consumer price index. A fact sheet released on Budget night explains:

On its face, the Liberals’ policy is similar to Labor’s policy. After all, assuming that assets yield income of 4–5% pa, $1.6 million of assets will generate approximately $75,000 of income. However, I suspect the reality could be quite different. My reasoning is as follows. Firstly, remember that under the Liberals’ policy ‘[s]ubsequent earnings on these balances will not be restricted.’ Accordingly, a taxpayer with greater than $1.6 million of assets will have a tremendous incentive to try to do a bit of ‘crystal ball gazing’ in order to determine which assets will experience significant capital appreciation and use those assets to fund their pension. This can work out in two ways:

In my opinion, this policy would be conceptually easier to administer than the Labor equivalent.

The Liberals have said that they will remove ‘the tax exemption on earnings of assets supporting Transition to Retirement Income Streams from 1 July 2017’.

The key point here is that to date, for those wishing to take no greater than 10% of their assets per annum, it has not made a huge difference whether they receive transition to retirement income streams or full account-based pensions. However, under this policy it would make a big difference. Accordingly, if this policy ultimately becomes law, those wishing to commence transition to retirement income streams will have an incentive to see if they can first ‘trigger’ a retirement event so that they can take a full account-based pension rather than a transition to retirement income stream and thus pension assets can access the pension exemption. It has been noted by many that — particular once someone reaches age 60 — ‘retirement’ as defined in superannuation law can occur in ways that are very unintuitive. For example, according to paragraph 22 of APRA’s Prudential Practice Guide SPG 280 Payment Standard, if a 60 year old works two jobs and quits one job (eg, to work even more in the other job) this constitutes retirement under the superannuation law.

The Liberals propose to remove the ability to make a reg 995 1.03 election that ‘allows individuals to treat certain superannuation income stream payments as lump sums for tax purposes.’

Both the Liberals and Labor’s proposals could have a massive impact on succession planning.

Currently, the legislature has been quite explicit that if a fund member dies in pension mode, so long as their benefits are cashed as soon as practical after death, the pension exemption at the fund level will continue and there will be no ‘back door’ death tax by way of CGT at the fund level.

This could change a lot regardless of who wins. I won’t give this full consideration in this article, however, I will note the following consideration in respect of the Liberals’ policy. Namely, unlike Labor where an infinite amount can support a pension, it appears that under the Liberals’ policy, someone can never receive pensions with assets that were worth more than $1.6 million upon their commencement. This might mean in a mum and dad fund with real estate worth say $3.2 million, if dad dies and mum already has a pension, all of dad’s benefits (ie, a 50% interest in the real estate) might need to be cashed out of the fund by way of a lump sum with no scope of a death benefit pension to mum.

Therefore substantially more CGT may be collected in superannuation funds in respect of death benefits especially given the Liberals’ proposed removal of the anti-detriment deduction.