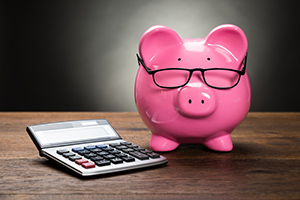 This article considers some of the issues associated with whether a pension payable to a member can be converted to a ‘lifetime’ pension, such that the pension is automatically reversionary to the member’s spouse on their death, and then any remaining capital reverts, for example, to the deceased member’s children from a previous marriage.

Seth and his second wife Alma are considering their superannuation and estate planning matters. They outline the following facts:

Given the balance of the non-commutable pension on Alma’s death cannot revert to Seth’s estate (as Seth’s LPR is not a superannuation dependant of Alma), and the child from Seth’s first marriage is also not a superannuation dependant of Alma, can a lifetime pension be paid to Alma on Seth’s death, with the balance reverting to William on Alma’s death?

Has the pension been ‘cashed’ as soon as practicable?

What is the meaning ‘cashed’ for superannuation law purposes?

In considering whether a lifetime pension is permitted under superannuation law, the starting point in determining whether a lifetime pension is viable is the definition of ‘cashed’ in the Superannuation Industry (Supervision) Act 1994 (Cth) (‘SISR’). The fundamental issue is whether a benefit be ‘cashed’ as both a pension and lump sum of indeterminate amounts? And if so, at what point in time does the capital beneficiaries entitlement to the lump sum arise?

The term ‘cashed’ is not defined in Part 6 of the SISR. Relevantly, reg 5.01(1) states that ‘cashed’ means cashed in accordance with Division 6.3 of the SISR. As ‘cashed’ is not otherwise defined for the purposes of superannuation law, the term takes its ordinary meaning, having regard to the context and purpose of the SISR.

In light of the legislative scheme of Part 6 of the SISR, which sets out the payment standards that apply to the operation of all regulated superannuation funds and expressly provides that a member’s benefits in a fund may be ‘cashed by being paid’, it is clear that the term ‘cashed’ involves the ‘payment’ of a member’s benefits.

We now consider whether a deferred payment can satisfy the cashing rules.

Has the Commissioner of Taxation considered the meaning of ‘cashed’?

The Commissioner of Taxation’s view in ATO Interpretative Decision ATO ID 2015/23 – Superannuation: Member’s benefits in a regulated superannuation fund must be ‘cashed’ upon death by being paid – mere journal entries insufficient, is that for a member’s benefits in a fund to be considered ‘cashed’ for the purposes of the SISR, including reg 6.21 of the SISR, they need to be paid out of the superannuation system, rather than merely being rolled over, transferred or allotted under reg 6.17 of the SISR.

The determination goes on to state at paragraph 22 that cashing involves an actual distribution of benefits from the fund.

Can we form a preliminary view based on the applicable legislation?

Is there an alternative approach?

Would this pension structure be permissible under superannuation law if the fund deed and the applicable pension documents approached the matter from a different angle by providing that the deceased member’s benefits were ‘cashed’ in the following manner as at the date of death:

The intention is to effectively determine the entitlement to the deceased member’s superannuation death benefits in a sufficiently certain manner as at the date of death. In this example, the reversionary beneficiary has an absolute entitlement to receive the pension payments from the fund.

Theoretically, the capital beneficiaries also have an absolute and indefeasible entitlement to receive a lump sum that is vested in interest (being a present right to an indeterminate amount at some point in the future) from the fund, contingent on the death of the reversionary beneficiary. However, it is generally the case that a beneficiary with an interest in a trust’s assets cannot be absolutely entitled if that interest is contingent or defeasible. For this reason, there is real doubt as to the effectiveness and validity of this strategy.

On this basis, there appears to be a number of hurdles to the deceased member’s superannuation death benefits being cashed as both a pension and lump sum as at the date of death under superannuation law.

What are the practical ramifications of implementing this strategy?

While we can debate the theoretical merits of this strategy, it is impossible to ignore the practical issues and implications. In considering this structure, it is also important to consider:

As there is no settled view at law on this matter (as this issue has not yet been determined by a court) and the Commissioner of Taxation has not expressed a view on this matter, implementing a structure of this type is likely to constitute a significant risk and could give rise to adverse tax consequences.

Given the risks outlined above, is there another approach we can adopt to arrive at substantially the same outcome?

Consider our case study with Seth and Alma.

Under this option, on Alma’s death, the balance of her superannuation death benefits, including the non-commutable pension, are paid to her LPR, being the executor of her will, pursuant to a valid and effective BDBN,

Alma’s superannuation death benefits are then distributed in accordance with a special provision in her will requiring that her superannuation death benefits are paid directly to Seth’s son William, or to a testamentary trust for the benefit of William. A key benefit of a testamentary trust is the added asset protection aspects of the arrangement. It also allows income splitting at adult tax rates for children.

Seth and Alma may wish to try to ‘lock in’ this strategy by executing a mutual wills agreement that provides that under Alma’s will, the balance of the non-commutable pension will be paid to a testamentary trust established under her will for William’s benefits. However, if after Seth’s death, Alma elects to vary her will, William’s recourse is limited to instituting legal proceedings, which is likely to be costly and time consuming. There are also no guarantees that such an action would be successful.

Further, any amount paid to Alma’s estate is at risk of a testator family maintenance claim, including her superannuation death benefits. Where it is likely that such a claim may be made, it is generally not advisable to direct superannuation benefits to be paid to the estate to avoid increasing the amount potentially available to claimants.

An alternative option is for Seth to establish another superannuation fund.

The existing fund can be used to pay a non-commutable pension to Alma on Seth’s death, while the new fund can be used to pay a benefit to William directly or via Seth’s LPR. BDBNs should be made in respect of each fund. Further, each fund should have a separate corporate trustee and the necessary steps to ensure the control of each fund passes to the right beneficiary should implemented (such as appointing successor directors in respect of each corporate trustee). Seth’s will should also address the transfer of the shares in the corporate trustee.

A key benefit of this strategy is the certainty that Alma and William each receive a proportion of Seth’s superannuation death benefits.

It is crucial, however, to ensure that the balance of the non-commutable pension is sufficient to support Alma (actuarial assistance may therefore be required). Ideally, the terms of the pension should be drafted with sufficient withdrawal restrictions to ensure that the pension amount permitted to be drawn down each year is limited to an amount required by Alma to maintain her standard of living and exhaust the pension amount during her lifetime, but not dissipate the pension unnecessarily (subject to paying the statutory minimum each year).

On Alma’s death, the balance of the non-commutable pension will form part of her member benefits in the fund and will be dealt with as follows:

When utilising this strategy, it is important to consider succession to the control of each fund, both if Seth dies and if Seth losses capacity. While Alma would ideally take control of Fund A and William would take control of Fund B on Seth’s death, if Seth losses capacity, it would be preferable to grant an enduring power of attorney to a trusted independent third party and have that third party control each fund. Alternatively, granting a joint enduring power of attorney to Alma and William may be an option, but could give rise to complications and disputes.

The options set out above are not exhaustive, such that there are numerous other strategies that can be used to effectively achieve the desired outcome, subject to tax and other considerations. We recommend legal advice is obtained before implementing arrangements of this type.

As can be seen from the considerations set out above, there is significant uncertainty and risk associated with paying a lifetime pension based on the current legislative regime. While there are alternative strategies that can be utilised, each strategy comes with its own unique sets of risks and challenges that must be identified and managed to ensure each strategy is implemented successfully. Further, the control of the fund on death or loss of capacity is a fundamental matter that must be addressed with any succession planning structure that is adopted.