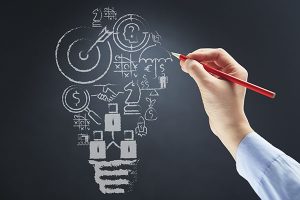 The mid-2017 superannuation reforms have had a profound impact on market linked pensions (‘MLPs’). While most of the planning should have already been implemented, there is still some opportunity to review and potentially restructure clients with MLPs.

We briefly examine below the treatment of an MLP depending on whether the pension was in place before or commenced on or after 1 July 2017.

On the other hand, the statutory formula used to calculate the special value of the MLP typically artificially inflates the value of the actual assets supporting the MLP. For members with MLP assets less than $1.6 million, this can result in a loss of valuable cap space (which they may have otherwise used to maintain other income streams such as an account-based pension).

Where fund members are receiving an MLP with assets reflecting a market value of less than $1.6 million, a strategy to address this disparity may be to commute the pre-1 July 2017 MLP and apply the resulting commutation amount to commence a new MLP. This strategy has a number of steps and involves some complexities and expert advice should  first be sought.

Another important aspect of MLPs that qualify as CDBISs is the tax treatment of the MLP payments in the member’s hands. Due to the operation of the defined benefit income cap in subdivision 303- A of the ITAA 1997, for members age 60 or over, 50% of any MLP payments that are above $100,000 (in respect of a financial year commencing on or after 30 June 2017) will be taxed in the member’s hands at their marginal tax rate plus applicable levies. This applies even if the amount is comprised of a tax free component in part or in full.

A key part of the definition of a CDBIS under s 294-130 ITAA 1997 is that the income stream must have been in the retirement phase just before 1 July 2017. Where an MLP is commuted and the superannuation lump sum resulting from the commutation is applied to commence a new MLP after 30 June 2017, the new MLP will not meet the definition of a CDBIS.

This means that the new MLP will be tested for the purposes of the member’s transfer balance account in accordance with the general transfer balance credit provisions set out in s 294-25 ITAA 1997. Importantly, the actual market value of the MLP assets will be counted as a credit (and not the artificially inflated CDBIS special value). On the other hand, if the MLP assets have a market value of over $1.6 million, they will give rise to an excess transfer balance. As an MLP cannot be commuted except under very limited circumstances, this could result in the member being trapped in an excess transfer balance (with associated extra tax payable each financial year) which they may not be able to easily escape.

Moreover, as an MLP commenced after 30 June 2017 does not qualify as a CDBIS, the defined benefit income cap discussed above does not apply. Thus, where the member is 60 or more, pension payments are tax free in the member’s hands (rather than 50% of the excess above $100,000 each financial year being taxed).

Again, as discussed above, before any steps are taken to commute an existing MLP and commence a new MLP, we strongly recommend appropriate advice be obtained.

SMSFs paying MLPs may also have reserves that relate to members who previously had lifetime or fixed term ‘defined benefit pensions’ that were commuted to commence an MLP which has resulted in reserves still being maintained in the fund. Note that the ATO has recently increased it’s scrutiny of SMSFs with reserves. In this regard, the ATO’s ‘Frequently Asked Questions’ on it’s website states:

Some people have suggested I can set up a reserve to ensure I do not exceed my transfer balance cap or to keep my total super balance down so I can still make contributions and access the new carry forward arrangements. Can I do this?

We are currently monitoring the use of reserves by SMSFs following the introduction of the new limits and restrictions including the transfer balance cap and total super balance. While the establishment of a reserve is not specifically prohibited, we consider that there are very limited circumstances when it is appropriate for a reserve to be established and maintained in an SMSF. The use of reserves beyond these circumstances may suggest they are used as part of broader strategy to circumvent the new limits and restrictions. Any unexplained increases in the creation of new reserves or in the balances of existing reserves maintained by SMSFs is likely to attract close scrutiny from us.

We will issue further guidance on when it may be appropriate for an SMSF to establish and maintain a reserve. In the meantime, if you are considering using reserves in your SMSF, we strongly encourage you to seek independent professional advice or approach us for advice before doing so.

Thus, we strongly recommend that SMSF trustees seek appropriate advice to ensure the fund’s reserves are properly managed and documented before they are queried by any adviser, auditor or ATO officer.

SMSF deeds, pension and other documents

Naturally, in addition to ensuring an appropriate analysis of all applicable superannuation and tax rules are considered before any strategy above is considered, it is critical that the SMSF deed, relevant pension and any related documents are carefully reviewed to ensure applicable tax and superannuation requirements are satisfied.

It is also critical that the terms of any new MLP commenced comply with the latest superannuation and tax rules and the terms of the fund’s SMSF deed and pension and related documents.

Each MLP should also be aligned to the member’s overall succession planning. For example, critical estate and succession planning decisions include making the right choice with respect to the duration (or term) of the pension and deciding whether an MLP should be made reversionary or not. A surviving spouse, for instance, may wish to access capital on the death of their spouse rather than being locked into a regular pension stream as the duration of the MLP was based on the surviving spouse’s life expectancy or term.

There are a number of complexities with maintaining an MLP in an SMSF in compliance with all applicable laws. Now is a great time to ensure that each MLP is appropriate, compliant and has been properly documented so it will not give rise to any downstream problems.

Naturally, DBA Lawyers would be pleased to assist in relation to any MLP, defined benefit pension or related SMSF assignment.