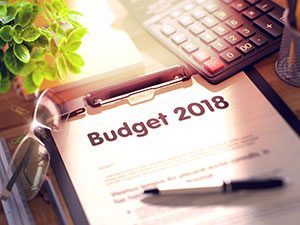 We outline below the key superannuation changes announced in the Federal Budget 2018 on 8 May 2018. Some of the proposed changes will have a substantial impact on SMSFs if they are finalised as law.

Broadly, members with incomes above $263,157 with multiple employers can decide whether certain employers do not need to provide SG contributions in respect of their wages from 1 July 2018.

Members who are interested in using this measure should consider negotiating with their employers to receive what would otherwise have been provided by way of SG contributions as additional income, which is taxed at the employee’s marginal tax rates plus applicable levies. These negotiations should occur as soon as practicable given this measure is proposed to apply from 1 July 2018.

For recently retired members between the ages of 65 and 74 with superannuation balances under $300,000 there will be some relaxation from the work test for voluntary contributions to superannuation.

Under current law, a person who attains 65 must generally be gainfully employed for at least 40 hours in a period of not more than 30 consecutive days in that FY before they can contribute to a superannuation fund. A member is ‘gainfully employed’ if they are employed (including self-employed) for gain or reward in any business, trade or profession.

The proposed relaxation is for the first year they do not meet the work test requirements and starts from 1 July 2019. Total superannuation balances will be assessed for eligibility at the beginning of the FY following the year they last satisfied the work test and there is no requirement for members to remain under $300,000 once the member is eligible.

Malcolm retires from full-time work at the age of 67 on 1 June 2020. As he would not meet the work test in FY2021, Malcolm, under the current law, would be prevented from making any voluntary super contributions after 30 June 2020.

If we further assume that Malcolm had not reached his concessional contribution cap over the past 2 years, having contributed only $10,000 in FY2019 and $15,000 in FY2020, under the existing carry forward arrangements and new work test exemption Malcolm can contribute up to $50,000 at concessional tax rates in FY2021.

Increasing the limit of SMSF members to six

The maximum limit on SMSF members will be increased from four to six from 1 July 2019. This may result in greater savings for families, particularly those with more than two children as more of the family’s overall superannuation money can be managed under one SMSF.

If this measure is finalised as law, SMSF deeds and constitutions (of corporate trustees) will need to be reviewed and in many cases updated. Indeed, this will also be a further reason against having individual trustees due to the costs and complexity of changing individual trustees. Moreover, we generally recommend that careful consideration should be given and appropriate documentation put in place before admitting a child as a member of an SMSF given the difficulty of getting a member out of an SMSF, the divorce/separation aspects relating to superannuation/property splitting and for estate and succession planning purposes.

In particular, there may be more complexity with decision-making and management issues due to the increased number of members that will inevitably lead to more disputes. Accordingly, it will be critical to have an SMSF deed that has robust provisions to manage these issues.

The compulsory annual audit report for SMSFs will change from 1 July 2019 to a three-yearly requirement for SMSFs with a history of good record-keeping and clear ATO compliance history.

Some commentators have suggested that while this measure may reduce some red tape, certain issues may remain undetected for a much longer period and by that time it may then become more difficult, complex and costly to resolve.

If this measure is finalised as law, auditors will also have to carefully consider how much review they need to undertake on prior years accounts to gain confidence in prior periods.

There will be tighter enforcement of personal contribution tax deductions made by members that will mainly focus on ensuring that the appropriate ‘notice of intent’ documentation is submitted to the trustee of the superannuation fund when members claim personal deductions.

A tick box will also be added to the personal income tax return form where members will have to confirm whether they have complied with the notice of intent requirements. Currently, according to Treasury, some individuals receive deductions but do not submit a notice of intent, despite being required to do so. This results in their superannuation funds not applying the appropriate 15% tax to their contribution.

This measure will commence from 1 July 2018 and provides greater integrity in view of the more flexible arrangements that now apply following the removal of the prior 10% rule from 1 July 2017 (ie, where broadly a person was denied a deduction for personal superannuation contributions if they received more than 10% of their income from employee activities). That is, broadly, many employees are now eligible to claim superannuation personally even if all of their income is from employee activities.

Broadly when the beneficiary of a transition to retirement income stream (‘TRIS’) satisfies certain conditions of release (such as retirement), the TRIS commences to be in ‘retirement phase’ and the exempt current pension exemption generally applies up to the maximum $1.6m transfer balance cap.

However, the proposed new law when enacted will ensure that reversionary TRISs will be deemed to be in retirement phase and can therefore be paid to a reversionary dependant, irrespective of whether they have satisfied a relevant condition of release.

This change will allow a reversionary TRIS to be paid to a dependant, regardless of whether they have satisfied a condition of release, rather than having the TRIS be commuted and a new pension started from the deceased member’s underlying superannuation interests, which would have cost and tax implications.

The Corporations Act 2001 (Cth) will also be amended to introduce a requirement for superannuation funds and providers of retirement income products to report simplified, standardised metrics in product disclosure to assist decision making.

For completeness, we also mention the following matters that will largely impact large funds.

Super consolidation and limitation of fees

The government announced it will further support the ATO in proactively identifying and consolidating inactive superannuation accounts where balances are below $6,000. The ATO will require that these accounts be transferred to the ATO and upon receipt they will use data matching processes to transfer these funds to the relevant member’s active superannuation accounts.

Insurance will be offered on an opt-in basis for members with superannuation balances below $6,000, under 25 years of age, or for accounts that have not received a contribution in 13 months. This measure is intended to reduce the erosion of retirement savings due to insurance premiums members do not need or are not aware of.

This measures applies from 1 July 2019 and affected members will have a period of 14 months to decide whether they will opt-in to their existing cover or allow it to switch off.