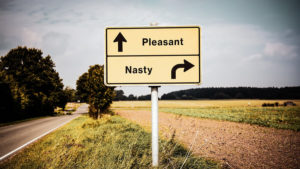 Advisers must be aware of this application. However, it should be noted that there is considerable opposition to certain aspects of the draft ruling and hopefully this will be revised before being finalised.

The warning relates to situations where say an accounting firm provides discounted accounting services to a related party’s SMSF.

For many years, there have existed provisions seeking to prevent income from being unduly diverted into the concessionally taxed superannuation environment. Originally, such provisions were contained in the now repealed s 273 of the Income Tax Assessment Act 1936 (Cth). The old s 273 used the term ‘special income’. Section 273 was replaced with effect from 1 July 2007 with s 295-550 of the ITAA 1997. Similarly, the term ‘special income’ was replaced with effect from 1 July 2007 with the term ‘NALI’. However, the 2007 changes were a mere rewrite and did not substantially alter the scope of the operation of the provisions.

In FY2018, the Treasury Laws Amendment (2018 Superannuation Measures No. 1) Bill 2018 (Cth) was introduced into Parliament. The explanatory memorandum (‘EM’) to this Bill expressed a concern that there may be a technical deficiency in the NALI provisions as they then stood. The concern was that NALE did not result in excessive income being NALI, despite the fact that this was what was intended.

The Bill proposed to amend the NALI provisions. At the risk of oversimplication, the proposed amendments were as follows: in gaining or producing the income, if there is any NALE that is less than what might have been expected if parties were dealing at arm’s length, then that income is also NALI. NALE includes not just an expenditure, but also a loss or outgoing that is lower than an arm’s length amount, and also includes where there is a nil amount (eg, no expenditure).

This original Bill proposed to take effect from 1 July 2018.

The Bill lapsed when the 45th Parliament was prorogued and the House of Representatives was dissolved on 11 April 2019.

What the EM says

Paragraph 2.38 of the EM of the second Bill (ie, the Bill that ultimately did become law) states that:

Where there is a scheme that produced non-arm’s length income by applying non arm’s length expenses, there must also be a sufficient nexus between the expense/s and the income, that is, the expenditure must have been incurred ‘in’ gaining or producing the relevant income.

In light of this, recall the situations that this article’s key warning relates to. Namely, situations where say an accounting firm provides discounted accounting services to a partner’s SMSF.

The comments in paragraph 2.38 seem to suggest that discounted accounting fees will have no impact upon the NALI situation. This is because on first blush accounting expenditure is not incurred ‘in’ gaining or producing any income. For example, a tenant will pay the same quantum of rent and a company will pay the same quantum of dividends regardless of the identity of the SMSF’s accountant and how much that accountant charges the SMSF.

However, we stress that this is only what one might think on first blush if one only read the new provisions and the EM.

The draft ruling must also be considered

In identifying whether the complying superannuation fund has incurred non-arm’s length income, there must be a sufficient nexus between the non-arm’s length expenditure and the relevant ordinary or statutory income.

However, the draft ruling then goes further, stating in paragraph 18:

In some instances, the non-arm’s length expenditure will have a sufficient nexus to all of the ordinary and/or statutory income derived by the fund (see Example 2 of this Ruling).

Example 2 is as follows:

This is a draconic outcome. We now consider it in more detail.

The amount that the accounting firm might charge for accounting services on a purely arm’s length basis might be say $2,000–8,000 depending on the complexity of the SMSF. In the draft ruling’s example the fees were reduced to nil.

The situation is even more drastic if it is remembered that the saving could be far smaller than $2,000–8,000. Remember that the new provisions apply to not just nil expenditures but also to reduced expenditures. Accordingly, consider an accounting bill that has a discount of say $200–800 because the SMSF belonged to a partner, other staff member of friends or family of a staff member. On the ATO’s approach in the draft ruling, such a modest act of benevolence would still cause the entire $50,854.24 of income to become NALI!

The ATO has also issued a draft Practical Compliance Guideline PCG 2019/D6 that mitigates this situation somewhat. Namely, it states that:

The ATO will not allocate compliance resources to determine whether the NALI provisions apply to a complying superannuation fund for the 2018–19 and 2019–20 income years where the fund incurred non-arm’s length expenditure (as described in paragraphs 9 to 12 of LCR 2019/D3) of a general nature that has a sufficient nexus to all ordinary and/or statutory income derived by the fund in those respective income years (for example, non-arm’s length expenditure on accounting services).

Hopefully the warning is already clear: SMSFs should no long accept any sort of discounts unless those discounts are entirely consistent with an arm’s length dealing.

With the greatest of respect we hope the ATO abandons or alters its current view. This is because, as demonstrated above, the current view could cause disproportionate tax that seems to go far beyond what the legislature intended (as indicated by paragraph 2.38 of the EM).

For example, extrapolating the current ATO view, if an SMSF was to receive a $100 discount on its accounting fees as a result of an SMSF member working at an accounting firm, not only is the fund’s entire net income for that financial year subject to 45% tax, but any net capital gain realised on any asset held by that fund at that time is also likely to be subject to 45% tax.

While this example is an absurd outcome, it reflects the ATO’s current view that a general expense has a nexus to the derivation of all the fund’s ordinary income and statutory income (which includes a net capital gain).

Due to LCR 2019/D3, SMSFs should no longer accept any sort of discounts unless those discounts are entirely consistent with an arm’s length dealing. This is relevant for say fees for accounting services provided by an accounting firm to a related party’s SMSF.

Arguably though SMSFs can wait until 1 July 2020 before implementing this based on PCG 2019/D6. Also, practitioners should ‘watch this space’, as the ultimate position might still change.