By William Fettes on 28/11/2019 in Announcements, ATO, Contributions, Investments, Taxation 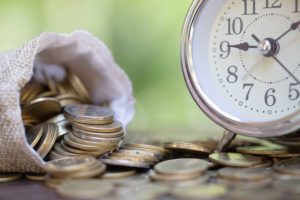 From 1 January 2020 employers will also be required to provide superannuation guarantee (‘SG’) support on the amount of employee salary sacrificed contributions under salary sacrifice arrangements (‘SSA’). This article examines this change that was recently made by the Treasury Laws Amendment (2019 Tax Integrity and Other Measures No. 1) Act 2019 (Cth) (‘Act’), which received royal assent on 28 October 2019, to the Superannuation Guarantee (Administration) Act 1992 (Cth) (‘SGAA’).

What is a superannuation salary sacrifice arrangement?

Broadly, a superannuation SSA involves an employee entering into an arrangement with their employer to forego a certain amount of their future salary and wages in lieu of the employer contributing the sacrificed amount into the employee’s superannuation fund.

Note from 1 July 2017, an employee can claim a personal deduction for a concessional contribution even though they derive more than 10% of their income from employee activities provided the deduction does not give rise to a loss. As a result of changes to income tax rules from 1 July 2017, it is now easier for employees to claim a tax deduction for personal contributions they make to a superannuation fund.

However, SSAs are still considered worthwhile due to the reduced administration associated with personal deductible contributions (eg, the notice requirements under div 290-C of the ITAA 1997) and will no doubt continue to be a popular tool for boosting superannuation savings.

Background on the SG regime

Broadly, the SG regime requires employers to make superannuation contributions for their employees of at least the minimum level of superannuation support set out in the SGAA.

Since mid-2014, the SG rate (ie, the rate applied to the employee’s ordinary times earnings (‘OTE’) to determine the employer’s minimum SG contributions) has been frozen at 9.5%. This rate is scheduled to increase to 10% in July 2021 and then will annually increase by 0.5% to ultimately reach 12% by July 2025.

Where an employer fails to pay the minimum level of superannuation contributions on behalf of an employee, as measured on a quarterly basis, the employer is liable to pay the SG charge on their SG shortfall plus certain administrative and penalty amounts.

To illustrate the gap under the current regime, consider the following scenario:

Tony receives a salary from his employer for his ordinary hours of work of $100,000 per annum. His OTE for SG purposes is $25,000 per quarter. Tony would have an entitlement to $2,375 in SG contributions per quarter, which is determined by multiplying $25,000 by 9.5% (the current minimum SG rate).

Tony enters into a SSA with his employer to sacrifice $2,000 each quarter from his salary and wages with the intention that Tony’s employer contributes this sacrificed amount to his nominated superannuation fund on top of the employer’s mandated SG obligation. Accordingly, Tony expects that the total concessional contributions made on his behalf to his fund will rise to $4,375 per quarter.

Under the current SG regime (ie, prior to 30 June 2020), Tony’s employer can use any salary sacrificed super contribution (eg, $2,000 per quarter) to partly satisfy their minimum SG obligations.

Additionally, the employer’s mandated SG obligations would be calculated based on an adjusted OTE base which excludes any sacrificed amounts — ie, $23,000 instead of $25,000 (ie, $25,000 minus the salary sacrifice amount) per quarter.

Tony’s super account balance is likely to be much less in this scenario than he would expect. Indeed, Tony may not even realise there is any issue and he may not even check on his superannuation fund.

In the report Overdue: Time for Action on Unpaid Super released by Industry Super Australia in December 2016, it was estimated that the total amount of unpaid SG for FY2014 would be $1 billion or higher if employee salary sacrifice contributions were excluded.

However, this figure has been contested by others. For instance, in the Federal Government’s Superannuation Guarantee Cross-Agency Working Group’s interim report released in January 2017, it was suggested that the practice of employer’s exploiting this gap in the SG regime was not widespread and the above stated figure of $1 billion is likely to be a very large overestimate.

Nevertheless, the Superannuation Guarantee Cross-Agency Working Group recommended that the gap in the regime be addressed and on 14 July 2017, the then Minister for Revenue and Financial Services, the Hon Kelly O’Dwyer MP, announced that the Government would amend the SGAA to address this issue.

The changes to the SGAA effective from 1 January 2020 ensure that:

The Act introduces a number of new provisions to the SGAA to implement this change. In particular, the Act inserts a new interpretation provision in s 15A of the SGAA, titled ‘Interpretation: salary sacrifice arrangements’, which contains the following:

(1)  An arrangement under which a contribution is, or is to be, made to a complying superannuation fund or an RSA by an employer for the benefit of an employee is a salary sacrifice arrangement if the employee agreed:

(a)  for the contribution to be made; and

(b)  in return, for either or both of the following amounts to be reduced (including to nil):

(i)  the ordinary time earnings of the employee;

(ii)  the salary or wages of the employee.

(2)  If an amount mentioned in subparagraph (1)(b)(i) or (ii) is reduced under a salary sacrifice arrangement, the amount of that reduction is:

(3)  In working out the amount of a reduction for the purposes of subsection (2), disregard any amounts that, had they been paid to the employee (instead of being reduced), would have been excluded salary or wages.

In determining an employer’s SG shortfall for an employee for a quarter, the following new formula is used (SGAA s 19(1)):

In calculating ‘quarterly salary and wages base’ in the above formula, the Act includes the following definition in the SGAA:

quarterly salary or wages base, for an employer in respect of an employee, for a quarter means the sum of:

(a)  the total salary or wages paid by the employer to the employee for the quarter; and

The scenario under the Act

Revisiting the scenario above with Tony, the following will occur under the Act from 1 January 2020:

Tony’s quarterly salary or wages is $25,000. Tony enters a SSA with his employer and sacrifices $2,000 to super per quarter.

The new provisions make it clear that salary sacrifice amounts cannot be used to reduce an employer’s mandated SG obligations from 1 January 2020.

From 1 January 2020, the above measure will ensure that any salary sacrificed superannuation amount is included in each employee’s SG calculation. It is therefore recommended that employees and employers examine their current documentation and arrangements to determine what changes are needed.

The following considerations should be borne in mind: