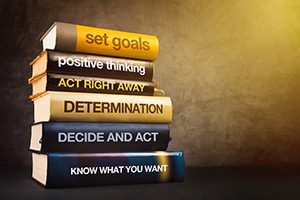 The ATO is a large bureaucracy and produces a lot of guidance material. Generally the ATO feels bound by its published material from an administrative viewpoint. However, only certain publications bind the ATO.

Thus it is important that advisers and taxpayers understand the range of material (or products) published by the ATO and the level of protection that each provides. For example, a tax ruling is generally binding on the ATO. As discussed, the ATO’s general administrative practice is that it feels bound to follow its own written materials but in the event the ATO is wrong, the tax still remains payable but penalties may be remitted.

We discuss the main types of ATO publications below and also provide a handy summary at the end of this article.

Public rulings are binding advice that express the ATO’s interpretation of the law. The ATO publish different types of public rulings including:

A public ruling usually applies to both past and future years and protects a taxpayer from the date of its application, which is usually the date of effect of the relevant legislative provision. In addition, a public ruling that is withdrawn continues to apply to schemes that had begun to be carried out before the withdrawal.

The ATO provides administratively binding advice to assist taxpayers, in certain limited circumstances. The ATO considers that it is administratively bound by its advice and an early engagement (for advice) request can lodged with the ATO to discuss the matter before applying for such advice.

Generally, the ATO stands by its advice and will not depart from it unless:

If a taxpayer follows the advice and the ATO later find out that it does not apply the law correctly to you (and none of the points above apply), you will be protected from having to repay amounts of tax that would otherwise be payable, and any penalties and interest on those amounts.

You apply for administratively binding advice via a private ruling application form.

A private binding ruling (‘PBR’) on a tax query is binding on the ATO. Note that this is the information provided at the start of most PBRs:

As you will note, PBRs only provide protection to the particular taxpayer that the PBR is issued to. Thus, those who seek to rely on information in the register of PBRs do so at their own risk.

An example where this may prove risky for self managed superannuation funds (‘SMSF’) is if they relied on a favourable PBR issued to another taxpayer on a nil interest LRBA from a related party since there would be no protection from that PBR (as it only protects the taxpayer covered by that PBR). Note that following several PBRs issued by the ATO in FY2014, numerous other SMSFs entered into LRBAs without a PBR.

The ATO issued PCG 2016/5 in April 2016 that stated that SMSFs with non-arm’s length LRBAs that did not bring them in compliance with arm’s length terms prior to 31 January 2017 would be subject to non-arm’s length income. Fortunately, these SMSFs did not suffer additional tax or penalties for relying on a strategy that had been covered in another taxpayer’s PBR. In contrast, there have been other situations, where taxpayers have suffered extra tax and penalties for relying on another taxpayer’s PBR which did not provide protection to them.

A Tax Determination (‘TD’) provides similar protection to a public ruling. By way of example the protection provided by a TD, as described in TD 2013/22 follows:

An ATO ID is a summary of a decision on an interpretative issue and is indicative of the ATO’s view on the interpretation of the law on that particular issue. ATO IDs are produced to assist ATO officers to apply the law consistently and accurately to particular factual situations. ATO IDs set out the precedential ATO view that we must apply in resolving interpretative issues. They are not rulingsAn example of the level of protection provided by ATO ID 2012/16:

A PS LA provides direction and assistance to ATO staff on the approaches to be taken in performing duties involving the application of the laws administered by the Commissioner. For more information see PS LA 1998/1.

Although PS LAs are published in the interests of open administration, their intended audience is ATO staff and they have a main purpose of providing instructions to ATO staff on the manner of performing law administration duties.

From 2016, PS LAs will align more closely with their main purpose and Practical Compliance Guidelines (‘PCG’) will be the appropriate communication product providing broad law administration guidance to taxpayers.

Provided a taxpayer follows a PCG, the ATO will administer the law in accordance with the approach reflected in that guideline. PCGs are not binding on the ATO and are used as safe harbours to provide an indication of how the ATO will apply its compliance resources. For example, PCG 2006/5 provide safe harbour terms for related party LRBAs that if satisfied, will not result in the ATO applying resources to review and audit LRBAs prior to FY2016.

A law companion rulings (‘LCR’; formerly known as law companion guidelines) provides the ATO view on how recently enacted law applies and is usually developed at the same time as the drafting of the Bill.

An LCR will normally be published:

An LCR will not usually be issued where the new law is straightforward, is limited in its application or does not relate to an obligation to pay tax, penalties or interest.

An LCR will usually be finalised as a public ruling at the time the Bill receives Royal Assent and becomes law, unless issues arise during consultation or the Bill is significantly amended in the Bill’s passage through Parliament.

Because LCRs are prepared at such an early time, an LCR will not be informed by experience of the new law operating in practice. Therefore, while they offer the same protection in relation to underpaid tax, penalties or interest as a normal public ruling, this will only apply if a taxpayer relies on an LCR in good faith.

LCR 2015/1 covers the purpose, nature and role in ATO’s public advice and guidance.

An SMSF Specific Advice on a SISA or SISR SMSF question is not binding on the ATO. Typically ATO advice can be sought in relation to the following topics:

Payment of benefits under a condition of release.

In certain cases, if taxpayers request a PBR and SMSF Specific Advice, the ATO generally ask that these be separated into different requests. However, we have noticed a number of PBRs issued where the ATO have combined these two forms of guidance but have been very express in their letter that this is where the PBR starts and finishes and similarly, this is where the SMSF Specific Advice starts and finishes so there is no confusion as to what part is binding and what is not binding on the ATO.

Taxpayer alerts (‘TA’) are intended to be an early warning of the ATO’s concerns about significant and emerging potential aggressive tax planning issues or arrangements that the ATO has under risk assessment. Moreover, the ATO usually develops its views more comprehensively following the issue of a TA on a topic and prior TAs can be superseded shortly after being issued.

The comment at the beginning of a TA is:

Decision Impact Statements (‘DIS’) are succinct statements of the ATO’s response to significant cases decided by the courts or tribunals. They provide the details of the case including the implications of the decision and whether any ATO rulings, ATO IDs, etc, need to be amended.

Invariably, the ATO seek to distinguish a decision based on the facts and circumstances of the case where the ATO does not succeed.

Superannuation circulars explain the various legislative requirements which apply to the operation of SMSFs under SISA and SISR.

Self-Managed Superannuation Fund Regulator’s Bulletins outline the ATO’sss concerns about new and emerging arrangements that pose potential risks to SMSF trustees and their members from a superannuation regulatory and/or income tax perspective.

These bulletins are specifically designed for the SMSF sector. The ATO’s aim is to share its concerns early to help you make informed decisions about your SMSF.

To the extent that this Bulletin provides guidance to you, and you apply it in good faith to your own circumstances, the Commissioner will administer the law in accordance with the guidance outlined in this Bulletin

For example, SMSFRB 2018/1 examines the ATO’s position on the use of reserves by self-managed superannuation funds.

The ATO web page and fact sheets can be useful but cannot be relied on. The general administrative practice is that the ATO feels bound to follow its own written materials but in the event that the ATO is wrong, the tax is still generally payable but penalties may not be imposed.

PS LA 2008/3 explains that, in the interests of sound administration, the ATO’s practice has been to provide administratively binding advice in a limited range of circumstances.

Media releases are brief announcements used to deliver ATO messages on newsworthy topics and to communicate the ATO’s intentions in relation to certain issues. A media release reflects the ATO’s position at the time of its publication which may subsequently be updated.

Speeches by senior ATO officers reflect the ATO’s thinking on particular issues and are published for transparency reasons.

An oral ruling is a form of legally binding advice the ATO gives over the phone to individual in relation to their specific circumstances; typically in relation to personal income tax or the Medicare levy queries.

If an individual relies on an oral ruling, the ATO is bound to assess their liability in accordance with the oral ruling.

If the oral ruling is incorrect and disadvantages an individual, the may apply the law in a way that is more favourable to that person provided there is no time limit in doing so.

The ATO provides tailored technical assistance in some circumstances, orally or in writing, depending on the nature and complexity of the query.

Typically, this is best managed by a tax agent or a tax expert.

There is a vast array of information issued by the ATO. Advisers should be aware of each type of product and understand how it applies to taxpayers. In particular, different levels of protection apply to taxpayers relying on ATO materials. A summary of numerous ATO products follows.

We previously issued this article on 3 March 2017; which has been significantly updated in the above article. Click here for our prior article ‘What ATO publications can be relied on?’.