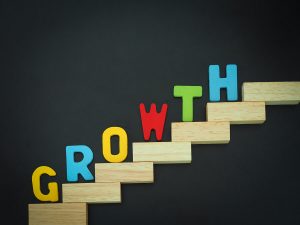 Please note these terms can have different meanings in other legislation. We have primarily focused on the definitions of the terms used in s 307-125 of the ITAA 1997 from a taxation perspective and where relevant, we will also discuss each term’s meaning in superannuation law.

Generally, each superannuation interest of a member in a superannuation fund consists of the ‘tax free’ and ‘taxable’ components (although in some cases, the proportioning rules do not apply where one component may be nil and the other 100%).

When do you calculate the tax free and taxable components?

The value of the superannuation interest and the amount of tax free and taxable components of the member’s interest is determined as follows:

Consequences of the proportioning rule

Proportioning rule when a pension is commenced

In an accumulation interest, the tax free component is normally comprised of a static amount (ie, the crystallised segment and the contributions segment). Whereas, the taxable component can change every day as the investments supporting the superannuation interest fluctuate with investment markets and earnings (or losses) accrue in some cases on a daily basis.

To illustrate how the proportioning rule works, in practice, in respect of pensions, look at the following example:

Of course, if the value of the assets supporting the pension were to fall to say $100,000, then the proportion of the tax free and taxable components will still remain the same as at commencement (ie, $60,000 tax free and $40,000 taxable).

Accordingly, the following general rules should be noted:

Proportioning rule with an accumulation interest

To illustrate further the above general rules about the proportioning rule, consider the following:

As the above example shows, there is no change to the tax free component if investments in the accumulation interest increase in value. Hence, the decision to commence a pension with some or all of a member’s benefits at the right time can make a significant difference to a member’s interest over the course of time.

A sound understanding of the proportioning rule is important as it is forms the basis of many strategies that leverage off it. For example, where there is a significant tax free component, the pension should generally be commenced as soon as practicable for a member where the fund expects to see some growth in the value of its assets. Further, when a member is contributing or rolling back a pension into accumulation, stay alert to the effect on what will happen to the tax free and taxable components — since these two components cannot be separated to maximise each client’s position once these amounts are mixed together.

Facebook0
Twitter0
Google+0
LinkedIn0
Practical example of how the new CGT relief will operate for pension assets
Big changes for LRBAs on the horizon?