— the ‘must know’ points

After over two years of debate, draft taxation ruling TR 2011/D3 was finalised yesterday as both:

No compliance activity before 1 July 2012 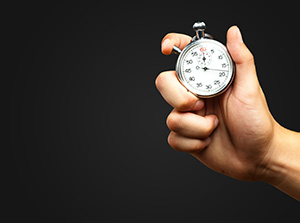 TR 2011/D3 (released in July 2011) stated that it applied with effect from July 2007. Some had felt this was unfair as it would be retrospectively holding taxpayers to a standard that they had no idea existed at the time.

… it is not appropriate for the ATO to take compliance action to apply the views of the law expressed in this Ruling with regards to when a [pension] ceases on the death of a member before the 2012-13 income year.

Naturally, those under 60 typically pay tax on the taxable component of super pensions received. However, consider the following:

Naturally, if the above works, it means the following:

Is this too good to be true? Yesterday’s materials seem to suggest that this can work but only in certain circumstances, typically where:

Naturally, not all pensioners aged 55–59 will be able to engage in the above as the majority of pensions to those under age 60 are TRISs not ABPs.

Year of death and failure to meet pension minimums

TR 2013/5 provides some welcome relief for pensioners dying before pension minimums are met.

Under a strict reading of TR 2011/D3, a pension automatically ceased for the entire year if there was a failure to meet minimum annual payment requirements. Worse still, any payments received would be taxed as lump sums. Accordingly, under TR 2011/D3 the following could have occurred:

What could have happened under TR 2011/D3

Bill — aged 58 — is receiving a TRIS comprised entirely of the tax free component. The required minimum payments for a financial year are $40,000.

Under a strict reading of TR 2011/D3, there was a concern that the ATO might form the view that no pension existed and thus the SMSF was not eligible for the pension exemption.

Because Bill was probably not eligible to receive a lump sum, there was the concern it might have been treated as an unauthorised payment under s 304-10 of the ITAA 1997 and therefore taxed at Bill’s marginal tax rates, even though it was comprised of the tax free component.

However, TR 2013/5 seems to provide a carve out in this situation. It states:

Once a [pension] commences it is payable (that is, there is an obligation to pay [pension] benefits from that [pension]) until such time as that [pension] ceases. This remains true even if the member dies before any payment is due to be made under the terms of that arrangement.

The ruling later goes on to further elaborate:

What probably will happen under TR 2013/5

Accordingly, under the finalised ruling, Bill’s SMSF should get the pension exemption and the $15,000 payment should be tax free to Bill.

Taxation upon death — the sting is largely gone

When TR 2011/D3 was released in July 2011 it was very controversial. One key controversy was its statement that a pension generally ‘ceases as soon as the member in receipt of the [pension] dies’.

This meant that the pension exemption would typically cease immediately upon death. Accordingly, SMSFs might have hefty tax bills due to the transferring out of in specie death benefits with large unrealised capital gains.

TR 2013/5 still adopts this view that a pension ceases immediately upon death. However, remember recent legislation has softened the impact of this. The recent legislation is Income Tax Assessment Amendment (Superannuation Measures No. 1) Regulation 2013 (Cth). It inserted, among other things, reg 995-1.01(3) into the ITAR 1997. This broadly provides that the pension exemption will continue past death until:

Accordingly, the sting that TR 2011/D3 introduced is largely gone.

However, recall Wayne Swan and Bill Shorten’s joint media release on 5 April regarding tax treatment of earnings on superannuation assets supporting income streams. There, they stated that from 1 July 2014 the pension exemption will be capped at $100,000 pa.

This could reintroduce certain stings for those who die with large unrealised capital gains in their SMSF.

That being said, the grandfathering rules should protect many, namely, in respect of assets purchased before 5 April 2013, the reform will only apply to capital gains that accrue after 1 July 2024.

Get your paperwork right!

commencement day can not precede the member’s request or application

As a strict matter of law, DBA Lawyers does not believe that a member’s request or application is necessarily required to commence a pension. (Rather, we believe it depends on the fund’s specific governing rules.)

However, it is now best practice to have a member’s request or application when starting a pension.

DBA Lawyers offer SMSF pensions kits that have always included member applications (along with PDSs, and much more). See www.dbalawyers.com.au/products-order-forms/pensions

The SMSF Strategy Seminars will reveal all

For more information, or to register, visit www.dbanetwork.com.au

DBA News contains general information only and is no substitute for expert advice. Further, DBA is not licensed under the Corporations Act 2001 (Cth) to give financial product advice. We therefore disclaim all liability howsoever arising from reliance on any information herein unless you are a client of DBA that has specifically requested our advice.