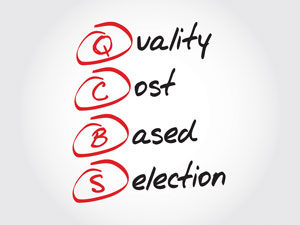 This article provides a broad overview of the capital gains tax (‘CGT’) relief for superannuation funds and explains how the cost base reset relief works in respect of assets used to support a pension or a transition to retirement income stream (‘TRIS’) prior to 1 July 2017.

SMSF trustees and members with one or more pensions may need to take timely action on or before 1 July 2017 to reset the cost base of assets supporting pensions or TRISs.

As part of the transfer balance cap and TRIS reforms commencing on 1 July 2017, the transitional CGT relief (ie, cost base reset rules) allows SMSFs to elect to reset an asset’s cost base to market value. This will minimise any potential future CGT exposure in respect of that asset. Moreover, it may give rise to a capital loss that might otherwise not exist.

We briefly analyse the different cost base reset rules that apply depending on the method the fund utilises to claim a pension exemption for the financial year (‘FY’) ending 30 June 2017, namely the unsegregated method (also known as the proportionate method) or the segregated method.

Can an SMSF utilise the segregated method for CGT relief?

The segregated method is not available unless the fund was segregated as at 9 November 2016.

How does the transitional CGT relief work?

The cost base reset rules are transitional and provide CGT relief only in relation to FY2017 and subject to an election to defer a notional capital gain under the unsegregated method. These provisions are in the new sub-div 294B of the Income Tax (Transitional Provisions) Act 1997 (‘ITTPA’), which was inserted by the FSSA.

The CGT relief applies on an asset by asset basis and only applies to assets held in the fund prior to 1 July 2017. Advisers need to ensure they review and notify each client in pension or TRIS mode or who should be in pension or TRIS mode before 1 July 2017. In many cases, this will involve a review on a client by client and asset by asset basis to determine whether an election should be made for a particular member and in respect of each particular asset. Moreover, advisers will need to ensure that each particular asset, such as an SMSF’s investment in WYZ Limited shares that have been purchased over the course of a number of years, is considered in respect of each tranche of shares acquired before making a cost base reset election as different costs may apply to different purchases (ie, ‘dollar cost averaging’ does not apply for CGT purposes). Each election is irrevocable and there is no other CGT relief relating to these super reform measures.

The new CGT cost base reset rules are inherently complex and require a sound knowledge of the existing CGT provisions in the Income Tax Assessment Act 1997 (Cth) (‘ITAA 1997’). For example, a segregated fund cannot utilise a tax loss (since losses are disregarded), but an unsegregated fund can (as the method statement in s 102-5 of the ITAA 1997 applies).

Moreover, advisers must ensure that they do not become implicated with any ‘backdating’. There are serious penalties for fabricating documents and events that did not occur in the past. However, where oral resolutions were made and authorised by the governing rules of the SMSF, then these may be ratified in a written form with a current date on the day the resolution or event did occur.

How the unsegregated pension method works

Broadly, the unsegregated method relies on a formula to determine the exempt portion of a fund’s taxable income as follows:

In applying the unsegregated method, an actuary typically calculates the exempt portion of average value of current pension liabilities in the fund compared to the average value of the fund’s superannuation liabilities. This is determined in accordance with the formula in s 295-390 of the ITAA 1997. Broadly, an actuary has regard to the average balance and the days during the financial year that the average balances are held in the fund.

For example, if the SMSF has $400,000 of assets funding dad’s pension and mum has $400,000 in accumulation for FY2017, then a 50% pension exemption would apply for that financial year (as calculated and certified by an actuary).

However, if mum commenced a pension on 1 January 2017, then since the fund was only 50% in pension mode for 6 months of FY2017, then only a 75% pension exemption would apply (again, as calculated and certified by an actuary).

The criteria for the unsegregated method in ss 294-115 to 294-120 of the ITTPA are broadly summarised as follows:

If the above criteria is satisfied, then the fund is deemed to have sold and repurchased the asset immediately before 1 July 2017 at the asset’s market value for CGT purposes (for pts 3-1 and 3-3 of the ITAA 1997).

However, to the extent the fund is not in pension mode, the notional capital gain on the non-exempt proportion (or accumulation proportion) of the fund is added to taxable income for FY2017. This may result in tax being payable on the notional capital gain. This will be the upfront tax cost of increasing the asset’s cost base under the unsegregated CGT cost base reset rules.

Broadly, if an election to defer the notional capital gain has not been exercised, the non-exempt proportion of that gain is included in the SMSF’s assessable income for FY2017 (as certified by an actuary).

We now briefly outline these unsegregated cost base reset rules in the example below.

Alternatively, the SMSF trustee can defer this notional capital gain until a realisation event occurs, eg, assume the asset is sold in five years, then a capital gain of $33,333.50 must then be included in the fund’s assessable income.

How the segregated pension method works

In contrast to the unsegregated method (where pension and accumulation assets are pooled and an actuary determines the proportion held in pension mode), the segregation method relies on tracking the actual income, capital gains, franking credits, etc, in respect of specific assets that are set aside to fund the pension. In other words, specifically identified assets supporting the pension are tagged as segregated assets and the remaining balance of the fund is typically in accumulation mode.

There is generally a trustee’s resolution and other supporting records that show which assets are segregated. The accounting system also needs to trace the income, capital gains and franking credits, etc, to the fund’s segregated assets.

In contrast, under the unsegregated method, there is no specific tracking as all assets fund (both accumulation and pension assets) are pooled to fund pension and accumulation liabilities. An actuary certifies exempt proportion of taxable income of the fund each financial year.

The criteria for the segregated method in s 294-110 of the ITTPA are broadly summarised as follows:

If the above criteria is satisfied, then the fund is deemed to have sold and repurchased the asset, immediately before the cessation time, at the asset’s market value for CGT purposes (for pts 3-1 and 3-3 of the ITAA 1997).

Note in particular that this election is only available to SMSFs that were in segregated pension mode on 9 November 2016. Further, this relief is only available if the asset ceases to be a segregated fund asset during the pre-commencement period (ie, on or after 9 November 2016 to just before 1 July 2017). These two requirements substantially reduce the eligibility to this relief for SMSFs that may otherwise have qualified for a segregated asset cost base reset.

In contrast, where a fund is using the unsegregated method, it can make its choice up to the time of lodging its tax return for FY2017.

However, as mentioned above, since the vast majority of SMSFs use the unsegregated method to claim their pension exemption, the segregated pension cost base reset election may not be that popular.

Taking steps to utilise the CGT relief is a worthwhile exercise for those that may not remain in pension mode or who may exceed their $1.6m transfer balance cap limit such that the assets are no longer covered by the pension exemption after 1 July 2017.

SMSFs with members with more than $1.6 million

Note also that SMSFs will, from 1 July 2017, no longer be permitted to apply the segregated method to determine their exempt income where a member has more than a $1.6m superannuation interest and the member is in pension (retirement) phase (see s 295-387 of the ITAA 1997).

Some people with more than $1.6m may therefore seek to establish a separate fund for their pension assets. While such a fund will be precluded from applying the segregated method, a similar result may occur from being unsegregated for an entire financial year where the fund is almost entirely in pension mode. For example, an SMSF that realises a significant capital gain on an asset in a separate SMSF may obtain a 100% exemption under the unsegregated method if that fund’s assets are wholly in pension mode (refer to the unsegregated formula above). However, having a separate SMSF solely to fund pension liabilities may reduce the liquidity available to pay pensions from that fund as it is limited to its own assets. Operating a separate SMSF may also give rise to additional costs and a range of other factors would need to be considered. However, some may prefer to have a separate fund that they can treat as their pension fund as distinct from their other fund, which remains in accumulation or TRIS mode.

A sound understanding of the general anti-avoidance provisions’ especially part IVA of the Income Tax Assessment Act 1936 (Cth) (‘ITAA 1936’) is also required as the ATO will be on the ‘look out’ for schemes which seek to obtain a tax benefit.

As you will gather from the above brief summary, there is a considerable complexity and time needed for managing each SMSF’s CGT transitioning relief and unfortunately limited time to implement these complex changes. Advisers must start taking action now to ensure they notify their clients of what must be attended to and when.

Facebook0
Twitter0
Google+0
LinkedIn0
Superannuation reforms – a snapshot as at 20 December 2016
Pension changes — are your pension documents up to date?