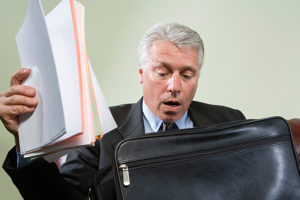 The recent decision of Sutton v NRS(J) Pty Ltd [2020] NSWSC 826 highlights the importance of having original executed copies of all constituent trust documents. It has tremendous relevance for SMSFs.

The facts of the case were as follows:

Counsel for Mr Sutton argued that a ‘presumption of regularity’ should apply in the circumstances — see, eg, Re Thomson [2015] VSC 370 where the presumption was applied in relation to an unsigned SMSF deed.

The maxim, ‘Omnia praesumuntur rite esse acta,’ is an expression, in a short form, of a reasonable probability, and of the propriety in point of law of acting on such probability. The maxim expresses an inference which may reasonably be drawn when an intention to do some formal act is established; when the evidence is consistent with that intention having been carried in effect in a proper way; but when the actual observance of all due formalities can only be inferred as a matter of probability. The maxim is not wanted where such observance is proved, nor has it any place where such observance is disproved. The maxim only comes into operation where there is no proof one way or the other; but where it is more probable that what was intended to be done was done as it ought to have been done to render it valid; rather than that it was done in some other manner which would defeat the intention proved to exist, and would render what is proved to have been done of no effect.

However, the Court considered it was unnecessary to rely on this presumption. Parker J noted ([17]–[19]):

In Re Thomson the missing trust deed was evidenced only by an unsigned copy, but in the present case there is no particular need to prove by inference that any formality has been complied with. The photocopy Trust Deed is signed and the evidence establishes directly that the parties concerned have always acted on the basis that it sets out the terms of the Presumed Trust.

In my opinion, the evidence makes it overwhelmingly likely that the photocopy Trust Deed is indeed a copy of an original which now cannot be found. This conclusion is supported in particular, by the recent discovery of an identical copy of the Trust Deed in the records of Clayton Utz dated from 1972.

In these circumstances, the Court should assist those responsible for the administration of the presumed trust by ensuring that they can continue to administer it as if the photocopied Trust Deed were the trust’s constituting document.

Thus, as an alternative to the declaratory relief sought by Mr Sutton, the Court exercised its advice power under s 63 of the Trustee Act 1925 (NSW), to provide advice as follows:

This advice meant the trustees of the Trust were effectively entitled to treat the photocopy of the deed possessed by Mr Sutton as the Trust’s constituting document, subject to the original ever turning up.

This decision of the New South Wales Supreme Court reinforces the importance of having original executed copies of all constituent trust documents, as judicial intervention was required in this case to address third-party bank concerns and a frozen bank account.

The case also highlights that judicial advice under the trustee legislation in the relevant jurisdiction (there are equivalents to s 63 of Trustee Act 1925 (NSW) in other jurisdictions) may be an appropriate alternative to seeking declaratory relief, eg, where the uncertainty arising is more a question of fact rather than a question law, and where all interested parties are not able to be included in the proceedings.

As SMSFs are merely a type of trust, the case is also relevant for SMSFs. For example, an SMSF trustee could seek judicial advice under the relevant trustee legislation in relation to reliance on a photocopy or scan of a signed SMSF deed where the original could not be located, particularly where multiple photocopies or scans exist, as they did in Sutton, such that it was ‘overwhelmingly likely’ that the copy relied upon is a true copy of the original.

DBA Lawyers also offers an SMSF deed history review service with the objective of seeing if there are any issues in a fund’s document trail that require remedial work.  This remedial work is aimed at ensuring the SMSF’s deed history is as resistant to outside scrutiny or challenge as possible.  Remedying any issues in a timely manner is often far more cost and time effective than being exposed to legal challenge, ATO scrutiny, or other risks and uncertainty at a later date

Please see here for more information or to place an order: https://www.dbalawyers.com.au/smsf-deed-history-review/

Note: DBA Network Pty Ltd hold a range of SMSF CPD training online. The next live SMSF Online Update webinar is being presented on 24 July 2020. For more details or to register, visit www.dbanetwork.com.au or call Natasha on 03 9092 9400.