By William Fettes on 01/08/2016 in Pensions, Succession planning, Taxation 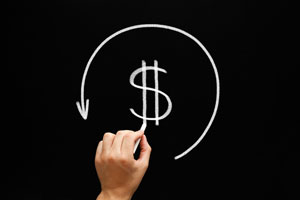 The $1.6 million balance cap proposal adds another layer of complexity to understanding whether an automatically reversionary pension (‘ARP’) is still an appropriate SMSF succession planning strategy.

Every client who is likely to be impacted by the $1.6 million balance cap measure should act swiftly and prior to mid-2017 review and revise their estate and succession planning as the balance cap appears a new method for the Government to raise more tax on death. Also, the focus should not only be on those members that have more than $1.6 million in superannuation but should also focus on couples where their combined superannuation balances would exceed $1.6m on the death of the first spouse, as the surviving spouse who receives a reversionary pension, may well exceed the $1.6 million balance cap who may be required to have that transferred to accumulation or paid out of the superannuation fund or incur 49% tax.

The impact of the balance cap proposal is likely to be substantial and there is only limited time (around 9 months) to address the potential impact on clients and get them ready for the new pension regime.

What is an ARP?

We refer to the term ARP and deliberately avoid the term ‘reversionary pension’ as a reversionary pension is generally a mere wish in relation to paying the pension to a nominated beneficiary. Under most SMSF deeds and pension documents, trustees retain a discretion to make a pension reversionary even though a member has nominated a reversionary beneficiary. Broadly, this has worked well over many years where a member separates with his or her spouse, as the last thing many deceased members would like happening is for their superannuation benefit to be paid to their former spouse.

In contrast, an ARP is a pension that must be paid to the nominated beneficiary without any exercise of discretion by the fund trustee. Special wording in an SMSF deed and pension documentation is required to ensure a pension is an ARP as discussed below. This is to abide by the ATO’s view in TR 2013/5 where the Commissioner states at [29]):

Moreover, the ATO elaborates on what constitutes ‘automatic’ for tax law purposes in TR 2013/5 at [126]:

Accordingly, if there is any discretion afforded to the fund trustee under the governing rules of the fund or the pension documentation in regard to paying a particular superannuation dependant or the payment method, the ATO will consider the pension ceases on death for tax law purposes. This can have important consequences for SMSF succession planning, including insurance payouts and the retention of other valuable concessions.

We turn now to consider some key areas where having an ARP in place can provide some advantages.

For those SMSF members who do hold a life insurance policy in their SMSF, an ARP may be worthwhile if the following conditions are satisfied:

Broadly, in these circumstances, when a life insurance payment is allocated to a member’s pension account, the payment will broadly take on the same proportion of the underlying taxable and tax-free components as the member’s pension.

Example:
If a deceased member commenced a pension entirely comprising tax-free component, and the insurance premiums were deducted from that member’s pension account, then the $1 million insurance proceeds paid to the SMSF on that member’s death and allocated to the deceased member’s pension account would constitute a 100% tax-free component. This could fund a tax free reversionary pension.

In contrast, if a deceased member’s pension ceased on death, any insurance proceeds that are subsequently paid into the fund would form part of member’s accumulation account and comprise a 100% taxable component.

Another area where ARPs may prove important is for the retention of concessions that relate to income testing.
For instance, the eligibility testing for the age pension provided by Centrelink or the Department of Veteran Affairs (‘DVA’) includes a more favourable income test for account-based pensions (‘ABP’) in place prior to 1 January 2015.

Where an ARP was in place prior to 1 January 2015, and thus the pension continues on the member’s death, the more favourable income testing regime for ABPs commenced is grandfathered for the reversionary pensioner.

Eligibility for the Commonwealth Seniors Health Card (‘CSHC’), which allows access to cheaper prescriptions via the pharmaceutical benefits scheme and provides certain other government funded medical services, may also be affected.

Prior to 1 January 2015, ABPs were not assessed for CSHC eligibility. However, since 1 January 2015, earnings on the assets supporting ABPs are assessed under the adjusted taxable income test. The income from the ABP will also be taken to have a deemed rate of return.

Having an ARP in place enables a reversionary pensioner to preserve the potentially favourable ‘grandfathered’ status for Centrelink, DVA and CSHC income testing in respect of ABPs that commenced prior to 1 January 2015. This allows, for instance, a surviving spouse to continue to be paid a pension following the death of their spouse, and therefore, continue the favourable income treatment of a pre-2015 ABP.

The $1.6 million balance cap proposal included in the May 2016 Federal Budget will limit the amount that a member can hold in retirement or pension phase from 1 July 2017. This will limit or cap the amount that obtains the exempt current pension income (‘ECPI’) exemption from tax in a fund. Broadly, from 1 July 2017 only earnings on assets capped at $1.6 million that support the fund’s liability to pay a pension will be tax-free. The balance cap proposal also allows earnings on the $1.6 million to obtain the ECPI exemption as there are no restrictions proposed to be placed on subsequent earnings on the $1.6 million balance cap amount, which will be allowed to be maintained in the fund.

This is because a death benefit pension (ie, an ARP on the death of a spouse) paid to a surviving spouse who has already utilised their $1.6 balance cap will likely result in additional tax payable. Additional tax is likely to arise through a requirement that the death benefit be paid as a lump sum on the spouse’s death as the surviving spouse already has used up their balance cap.

Alternatively, assuming the pension can revert under the proposal, then since the surviving spouse has already used up their balance cap, any further amount added to their member balance in superannuation could be subject to substantial tax. The $1.6 million balance cap has an excess balance transfer tax that applies when someone seeks to transfer an amount in excess of their balance cap to their retirement account. This tax is equivalent to 49% of the excess amount. If an ARP locks in a reversion, subject to what the finalised law provides, and an excess pension phase transfer occurs above the balance cap then the excess will be subject to penalty tax of 49%. Naturally, this would have a severe impact on SMSF succession planning for many couples.

If, however, there is no flexibility provided under the proposed legislation in reverting to a spouse who has already used up their balance cap, then this may result in a compulsory cashing event for the deceased spouse requiring a lump sum payment to be made. Since the ECPI will only cover tax on assets up to a maximum of $1.6 million (plus earnings thereon as indexed), then the other assets that need to be liquidated or disposed of may give rise to taxable gains on which tax is payable. Over time, considerable extra revenue is likely to be raised through this measure by the ATO.

Accordingly, members in retirement phase with pension account balances exceeding $1.6 million can no longer rely on ECPI applying to any death benefit pensions paid to them as a surviving spouse or eligible beneficiary. There is likely to be detailed discussion and, hopefully some meaningful consultation, in relation to these concerns before the legislation is finalised.

Accordingly, the $1.6 million balance cap represents a new hidden death tax and it poses a challenge for ARPs as a tax effective SMSF succession planning tool.

However, many people will still probably want to position themselves with an ARP until the uncertainty of how the $1.6 balance cap measure is resolved. If the ARP results in the surviving spouse’s balance cap being exceeded further planning at or before that time may be needed.

Reduced flexibility in relation to in specie transfers

There can also be disadvantages in having an ARP. Having an ARP in place may, for instance, reduce the flexibility in relation to an in specie payment of superannuation death benefits.

The extension of the pension exemption on death for non-ARPs under sub-regs 995 1.01(3) and (4) of the Income Tax Assessment Regulations 1997 (Cth) provides greater flexibility in relation to payment of assets supporting a pension to a fund member. Broadly, these provisions enable a lump sum death benefit to be paid by way of an in specie transfer of assets and be treated as an income stream payment covered by ECPI subject to the balance cap limit from 1 July 2017.

Note that these regulations do not apply to an ARP. To pay a lump sum by way of an in specie transfer of an asset in the context of an ARP, the ARP must be partially commuted, which can create complications for claiming ECPI (subject also to the balance cap proposal).

The above strategies depend on quality SMSF, pension and other documentation. Many SMSF deeds and pension documents may not provide an adequate foundation to implement an ARP consistent with the ATO’s view in TR 2013/5.

As can be seen from the above, ARPs are not a ‘one-size-fits-all’ solution for every situation, but they do have a strategic role to play in tax-effective SMSF succession planning.

Advisers should be aware of the benefits and challenges of utilising ARPs, including in the context of insurance, government concessions, and the proposed $1.6 million balance cap.