The recent of decision of Gutteridge and Commissioner of Taxation [2013] AATA 947 has huge implications for SMSFs when considering and control of a 50–50 unit trust and the in-house asset rules. 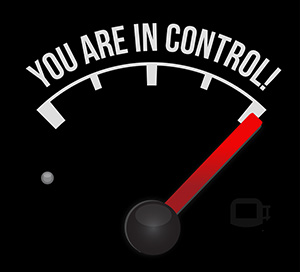 The decision was handed down on 24 December 2013. It can be seen as an early Christmas present from the Administrative Appeals Tribunal.

However, if the trust is not an in-house asset, then it allows a wide range of flexible activities and financing arrangements in the unit trust to occur and effectively enjoy the concessional tax treatment of superannuation (via distributions to the unitholders).

Accordingly, the question then becomes whether a trust is a related trust. This in turn depends on whether an SMSF member controls the trust.

Many have wanted to implement arrangements whereby an SMSF owns exactly 50% of a unit trust and therefore argue that the unit trust is not related. The ATO publicly acknowledged in 2013 that this could be possible. However, they added a number of warnings.

One remaining question was what to make of the following test of ‘control’ (contained in s 70E(2) of the Superannuation Industry (Supervision) Act 1993 (Cth) (‘SISA’)):

[the unit trust is controlled and therefore an in-house asset if] the trustee of the trust … is accustomed or under an obligation … or might reasonably be expected, to act in accordance with the directions, instructions or wishes of a group in relation to the [member] …

Gutteridge was not about the SISA. Rather, it was considering the CGT small business concessions, however the wording was almost the exact same:

In Gutteridge, Ms McKenzie was the sole director and shareholder of a company that acted as trustee of a trust. The ATO argued that Ms McKenzie controlled the trust.

Mr Gutteridge disagreed, instead arguing that he controlled the trust.

The Administrative Appeals Tribunal was satisfied that although Ms McKenzie was the sole director and shareholder, all key decisions were informally subject to Mr Gutteridge’s input and approval. The Administrative Appeals Tribunal strongly suggested that Mr Gutteridge was a shadow director (ie, a director for the purposes of Corporations law, even if not formally registered as one on the ASIC register).

Accordingly, despite being the sole director and shareholder, Ms McKenzie was held not to control the trust.

In reaching its decision, the Administrative Appeals Tribunal made a number of critical observations.

One observation was that:

decisions made in pursuit of one’s own business goals even, if consistent with the wishes of another party, do not necessarily render the decision maker accustomed to acting in accordance with the other party’s wishes

This is vitally important as it suggests that two people who run a business together can make years of concurring decisions yet still not be ‘accustomed to acting in accordance with the other party’s wishes’.

This provides encouragement for say two otherwise unrelated people running a business together. They might want their respective SMSFs to invest 50–50 in a unit trust. In turn, they might want the unit trust to takes out a ‘normal’ loan (ie, not a LRBA) to buy say the premises where their business is run. Subject to additional facts, the structuring of their business and other affairs and the documentation used, Gutteridge suggests that this can be allowable.

A word of caution

There are many additional considerations in determining whether the 50–50 structure can be allowable.

If the trustee of the unit trust is a company (which is best practice) the constitution is critical. Many constitutions available are inappropriately structured for this purpose due to their casting vote provisions.

Further, the question of whether two people are ‘unrelated’ can be quite tricky at times. The exact structure of all other dealings must also be careful scrutinised.

The Gutteridge decision provides important insights and hints into when a 50–50 ‘unrelated’ unit trust investment for an SMSF might be allowable. Where such an investment is allowable, the benefits can be significant. However, great care should be taken in selecting the documentation and structuring such an arrangement as there are a number of pitfalls.