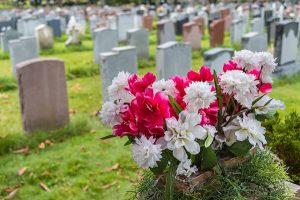 There are many myths held regarding what happens to an individual’s self managed superannuation fund (‘SMSF’) when they pass away. Relying on these myths may lead to several undesirable outcomes such as:

For wills and estate lawyers, believing these myths may potentially expose you to various liabilities and claims down the track. SMSF succession planning relies on existing trust law which was not developed with SMSFs in mind. In addition to that, generally SMSF law mainly focuses on how the funds should operate during the members’ lives. It does not specifically pass control of SMSFs to any people in particular or specify exactly how SMSF benefits must be paid upon death. SMSF law is relatively non-prescriptive on succession planning matters.

Why can’t I use my will to distribute my SMSF assets?

Generally, people use a will to pass on their personal property. Wills are specifically regulated in each Australian state and territory. However, you cannot make a will that disposes of superannuation assets, because superannuation assets are not personally yours. Rather, they are owned by a trustee, who holds the SMSF assets for the benefit of the members and other beneficiaries. As the assets are being held by a trustee for you rather than by you, you are not able to include these assets in your will. That being said, the matter of Australian Motors SA Pty Ltd Staff Superannuation Fund [2010] SASC 62 seems to suggest that a will may potentially also be considered a binding death benefit nomination (‘BDBN’) subject to the governing rules of the relevant SMSF deed.

Naturally, it can be seen that because the trustee legally owns the asset, though it is for your benefit, the trustee wields a lot of control in terms of what they can do to the SMSF assets. While there are certain rules that aim to keep trustees accountable, the starting point for SMSF trustees is that they generally have discretion as to how to pay out death benefits. This leads us to the first commonly held myth.

Myth 1: When I die my legal personal representative (ie, executors of my will) will automatically become a trustee of my SMSF

Wooster v Morris [2013] VSC 594 clearly dispelled the myth that when a member dies their legal personal representatives (‘LPR’) automatically become a trustee in the deceased member’s place. In that case the deceased member’s daughters were executors of his will and the member’s second wife was a trustee of the SMSF. Upon the member’s death his daughters did not become trustees. The case of Ioppolo v Conti [2015] WASCA 45 also confirmed this.

Establishing the appropriate appointor power for your SMSF’s trustee is closely tied to proper succession planning. This differs depending on whether the trustee of the SMSF are individual or corporate trustees.

Even if control of the SMSF is not passed on to the right person, you may think that you would be able to legally compel the trustee to make benefit payments in accordance with your wishes using a Binding Death Benefit Nomination (‘BDBN’). This leads us to our second myth.

Myth 2: When I die my BDBN will effectively compel the trustee to make benefit payments in accordance with my wishes

A BDBN aims to force the SMSF trustee to pay SMSF benefits in a certain way upon a member’s death. However, BDBNs can become unreliable due to poor drafting, uncertainty as to the applicable laws or a trustee who is not minded to follow the BDBN, even where the BDBN is valid.

This was especially clear in Wooster v Morris, where the deceased member made a valid BDBN but his executors had to spend over three and a half years and an exorbitant amount in legal fees in litigation to obtain their benefits. Therefore, in succession planning you cannot be assured that making a BDBN is enough to ensure that the right people will readily receive their death benefits.

As BDBN disputes are between private parties, regulatory bodies would not intervene where a BDBN is not followed. Accordingly, it is important to remember that while a properly drafted BDBN directs where benefits should be paid, it does not pass control of the trustee to a trustworthy person. This is the aspect that is most often missed in SMSF succession planning.

Unfortunately the above myths are prevalent and assumed when document providers prepare their precedent SMSF governing rules and company constitutions. As a result, many SMSF documents are poorly drafted and ill-prepared to effectively carry through the desired intentions of the member upon death. This leads us to our third and final myth.

Myth 3: I can rely on any SMSF deed to cater to my SMSF succession wishes upon death

Firstly, most SMSF deeds do not provide strategic rules for power to appoint and remove trustees. Many deeds give this power either to the existing trustee (often this simply means the last person left alive, such as a surviving or second spouse) or to the members by headcount (this can lead to a majority of members with a small balance, such as two children, outvoting a member with a larger balance, such as a parent; ie, the surviving spouse). The old saying that ‘possession is nine-tenths of the law’ applies to SMSFs because, in a practical sense, the remaining trustee has ‘possession’ of the SMSF. Therefore, the SMSF deed you rely on should have robust trustee appointment and removal powers, particularly for succession upon death.

Secondly, for most SMSF deeds the member ceases to be a member of the SMSF once they die. Broadly, this means the surviving members could potentially change the trustee and effectively lock the LPR out of the SMSF, if the governing rules allow the majority of members to remove and appoint trustees, which they generally do. This elevates the risk of a member’s wishes being ignored. Only a few deeds allow deceased members to be represented by their LPR in the SMSF and exercise their rights in their place.

Finally, most SMSF deeds contain uncertain and challenge-prone BDBN powers. In particular, most deeds require BDBNs to be in a particular form in order to actually be binding. This can lead to members’ wishes being ignored on a technicality. Your SMSF deed should simplify the BDBN documentation required.

Great care must be taken when planning for SMSF succession. Make sure you have a quality SMSF deed and keep in mind these myths when you are developing SMSF succession plans.