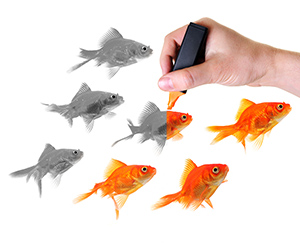 The ATO released Taxation Determination 2014/7 (‘TD 2014/7’) on 9 April 2014 entitled ‘Income tax: in what circumstances is a bank account of a complying superannuation fund a segregated current pension asset under section 295-385 of the Income Tax Assessment Act 1997 (Cth) (‘ITAA’)?’. Broadly, TD 2014/7 adopts a much more practical approach to dealing with bank accounts, and more specifically sub-accounts, than its predecessor Taxation Determination 2013/D7 (‘TD 2013/D7’), which was withdrawn on 11 December 2013.

One drawback of TD 2014/7 is that it focuses on bank accounts and term deposits without considering other assets, including shares. Unfortunately, based on past ATO comments that an asset must be solely (ie, physically) segregated and that part of an asset cannot be segregated, we should not assume the principle in TD 2014/7 will apply in other situations. At this stage, the ATO has only expressly relaxed its former view in respect of bank accounts, and we expect more ATO news to follow in regards to other assets.

Broadly, TD 2014/7 focuses on when a bank account is considered to be held solely to enable, or for the sole purpose of enabling, a fund to pay pension liabilities as they fall due. This is more commonly referred to as a ‘segregated current pension asset’. The determination provides examples in relation to bank accounts and sub-accounts, and also informal sub-accounts maintained by the trustee of a complying superannuation fund (or for the purposes of this article the trustee of an SMSF).

There are six examples that are considered in TD2014/7 that illustrate when a bank account will be, or will continue to be, a segregated current pension asset, and provide an interesting development in the Commissioner’s view.

This is the least contentious example and is consistent with the Commissioner‘s former view expressed in TD 2013/D7.

Broadly, the example deals with an SMSF that has a bank account and a term deposit that is maintained solely to support a pension, and another bank account used to hold another member’s accumulation interest. There are also other shared assets of the fund. However, the accounting records and financial statements deal with the bank account and term deposit supporting the pension liabilities separately, on the basis that they are held for different purposes.

In this circumstance, the bank account and term deposit supporting the pension liabilities is considered a segregated current pension asset.

The Commissioner then considers a large fund with a single bank account for many members, in which a sub-account is assigned and maintained for the benefit of each member. The fund’s accounting software allows each sub-account to be segregated and maintained on a daily basis.

In this circumstance, the Commissioner states that the sub-account that is allocated to a pension member will be a segregated current pension asset.

This example considers the issue of whether informal separation would be sufficient to constitute segregation. The facts of the example is that a member elects to be paid a pension after previously being in the accumulation phase and:

the trustees of the fund effectively create an informal sub-account by maintaining accurate accounting records, and are able to identify at any point in time which portion of the bank account balance supports the new superannuation income stream payable by the fund at that time.

Formerly there has been consternation as to whether a segregated bank account that has received an amount either in error or by misfortune that relates to an unsegregated asset, or general fund liability, would immediately cause that account to no longer be segregated. However, this is no longer a cause for concern, provided proper records are maintained and timely action is taken.

Example 4 considers the situation where a fund holds 10,000 shares in a company. Out of those 10,000 shares, 3,000 are held as segregated pension assets and are identified in the fund’s accounts as such. The company pays a dividend of $1 per share and makes a single payment of $10,000 to the fund’s segregated pension bank account. The trustee of the fund ‘as soon as practically possible’ after receiving the dividend transfers $7,000 to the unsegregated bank account and an additional $7, representing the interest component which has accrued in respect of the $7,000.

Example 5 then considers a situation where a contribution of $10,000 is credited to an existing segregated current pension asset due to an administrative error. Again in this example, the trustee of the fund realises the error and transfers — or offsets — the $10,000 plus an amount of $10 representing the interest earned while in the segregated account to the unsegregated account.

The Commissioner accepts that the bank account will still be a segregated current pension asset in both circumstances. However, the $7 and $10 interest component will not form part of any exempt income under s 295-385 ITAA.

The final example involves the trustee of a fund making an incidental payment from a bank account that is a segregated current pension asset in relation to a general fund liability (an annual supervisory levy). The Commissioner accepts that the bank account will still be maintained for the relevant sole purpose and will remain a segregated current pension asset. This example does not provide sufficient background information on whether the fund’s two members in pension phase also have accumulation accounts. However, if the fund was entirely in pension mode, an incidental expense such as the fund’s supervisory levy, would not jeopardise the segregated status of the bank account.

Examples 4 to 6 show that errors can be corrected and do not upset segregation. However, proper records and timely corrective action is generally needed.

Broadly, the key take away points from the determination is that each of the following will still be segregated current pension assets:

Set off within a reasonable period of time

The logical next question to ask is how long do I have to off-set, adjust or transfer an amount? Or, more specifically, what length of time would be considered reasonable? While there is no direction in TD 2014/7, we consider that 28 days would be ‘reasonable’. This was the time period that was considered in the predecessor TD 2013/D7. However, given the final determination is silent, perhaps the ATO is giving taxpayers a little more leeway than just 28 days.

If it is now so easy to maintain a segregated pension bank account then is there still any reason why you would want to have unsegregated assets?

Why have unsegregated assets?

The short answer is if you want to preserve any capital losses.

If a fund only has segregated pension assets, then all capital gains and capital losses will be disregarded under s 118 320 ITAA. However, if a fund has unsegregated pension assets then any net capital gain is included in the fund’s assessable income having regard to the relevant actuarial percentage in accordance with the method statement in s 102-5 ITAA. (The relevant actuarial percentage is, broadly, one minus the percentage of assets funding pensions).

Therefore, a fund with a large capital loss will waste this opportunity if it is completely segregated. However, if it is unsegregated — even by a $100 contribution, depending on their contribution caps — then the capital loss can be carried forward and potentially utilised in the future.

For completeness, a capital loss that is carried forward may be a valuable asset not only to a member of the fund but also, if structured appropriately, potentially to their dependants who could become members and off-set their future capital gains against any carried forward losses.

Now let’s consider the situation where Jack’s SMSF is 50% in pension mode and this time the SMSF holds unsegregated pension assets. He makes a $400,000 capital loss in the first year. Under s 102 5 ITAA this capital loss will be carried forward. In the next year, the SMSF maintains 50% of its assets as unsegregated and the fund derives a $200,000 capital gain. The assessable income to the SMSF will be:

The above understanding assists for planning an effective strategy for a SMSF. Thus, an SMSF can preserve its capital losses by holding unsegregated pension assets. When the fund starts realising capital gains, it can switch to segregated mode to disregard the capital gain and preserve its carried forward capital losses. SMSFs that are 100% in pension mode need to be mindful that they will be considered segregated by the ATO and therefore will need to establish an accumulation account to be in a position to be unsegregated.

TD 2014/7 provides a practical approach to the segregation of pension assets for SMSF trustees. While the determination allows more flexibility as to how bank accounts and term deposits are segregated and maintained, caution still must be exercised by advisers and accountants to ensure that they don’t ‘throw away’ useful capital losses. We also eagerly await the next instalment from the ATO on whether other assets can be segregated in part rather than solely (physically) for pension purposes.

Facebook0
Twitter0
Google+0
LinkedIn0
SMSFD 2010/1 and can an SMSF hold trauma insurance? What the ATO say
Watch out for early release of super schemes – Vuong and FCT [2014] AATA 402