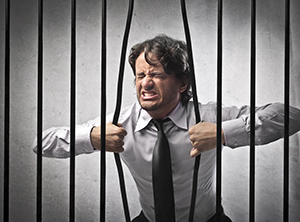 This Administrative Appeals Tribunal decision involved a member of a large fund becoming implicated in an early release of superannuation scheme. It is a very interesting insight into how some of these schemes are undertaken. Also, it has some very interesting tips for advisers especially tax agents of how deep they should investigate dubious or ‘smelly’ transactions.

Mr Vuong accessed $114,697 in super prior to satisfying a condition of release for the payment of a 29% fee to the promoter (a Mr Brendon Phuong Tran; ‘Phuong’). Vuong was assessed on the entire amount and luckily escaped a 25% penalty. This was largely due to the Tribunal believing that Vuong was the victim of a fraudulent scam and Vuong had a limited grasp of the English language.

Summary of the facts

The facts of this decision can be succinctly summarised as follows:

Both objections were disallowed in full.

Analysis of the decision

The application of the law in this decision is uncontroversial and can be briefly dealt with. The arguments and the outcome, however, prove very interesting reading.

The full amount of $114,697 was assessable as ordinary income under s 304-10 of the ITAA 1997. This section applies when you access superannuation from a complying superannuation fund when you have not satisfied a valid condition of release.

Further, while the $114,697 was paid to Phuong (of which Vuong only received $81,434 after the of 29% fee), s 307-15(2) of the ITAA 1997 provides that a superannuation benefit is treated as having been made to the taxpayer if the payment is made for the taxpayer’s benefit or to another person or entity. Thus, Vuong was assessable on the entire amount even though he only physically received $81,434.

The Tribunal was not provided any evidence on how the $33,262 was expended and therefore it was held not to be deductible under s 8-1 of the ITAA 1997. Thus, Vuong was correctly assessed on the entire $114,697.

The 25% penalty for failure to take reasonable care was imposed under s 284-75 of the Taxation Administration Act 1997 (Cth). The Tribunal did not consider that Vuong’s tax agent should necessarily have made more extensive inquiries, or acted in a more proactive manner than he did in advising Vuong on his tax affairs. It is, however, impossible to avoid the conclusion that, looking at the circumstances as a whole, the consequences could have been avoided if greater care had been taken by Vuong. The Tribunal therefore considered that the 25% penalty imposed by the ATO was appropriate.

The Tribunal nevertheless considered that the ATO should use its discretion to fully remit the penalty. The Tribunal at [54] and [56] stated:

It is the Tribunal’s opinion that the applicant [Vuong] has suffered greatly and disproportionately in the circumstances where he is culpable only of pronounced naivety, unaccompanied by duplicitous intentions.

The Tribunal is nevertheless persuaded that the applicant [Vuong] at all times acted with honest, albeit naïve, intent. He was seeking to access his superannuation early, but by legitimate means.

We all should be on the watch out for amounts accessed early from superannuation funds without a valid condition of release. In addition to these amounts being fully assessable, substantial penalties can be imposed. The Tribunal found the 25% penalty was correctly imposed but then decided it should be remitted. The decision to remit the penalty was, in my view, more due to luck in this decision.

What I found most surprising in this decision was the tax agent’s actions or lack thereof. In particular, there appeared to be no follow up activity in subsequent years. I would have considered Vuong’s tax agent should have been more pro-active in seeking a proper understanding of whether the $81,434 was assessable when he initially ‘smelt a rat’ in preparing Vuong’s FY2009 tax return. The facts do not go far enough to make a conclusion on this point but I consider that Vuong ‘luckily escaped’ the 25% penalty as failure to take reasonable care can also be imposed when your tax agent fails to take reasonable care. Vuong’s naivety and willingness to act honestly finally convinced the Tribunal to remit the penalty. However, a careful review of the decision, leaves you thinking that Vuong was aware of the scheme.

Facebook0
Twitter0
Google+0
LinkedIn1
TD 2014/7 — segregated bank accounts are now made easy, so why have unsegregated assets? The simple answer!
ATO ID 2014/23 and loans to trusts