By Bryce Figot on 23/04/2020 in Succession planning, Trustee education 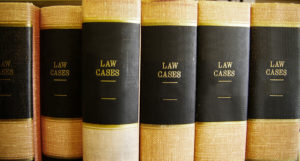 The Victorian Court of Appeal recently handed down Wareham v Marsella [2020] VSCA 92. This judgement represents the appeal of Marsella v Wareham (No 2) [2019] VSC 65.

In brief, the appeal was dismissed. The appeal judgement illustrates that trustees (including SMSF trustees) are held to very high standards, and when performing their duties, they must act very carefully to ensure that they are acting in good faith, upon real and genuine consideration, and for proper purposes. If the trustees fail to do so, a court might reverse key decisions the trustees have made and remove the trustees.

This case is very relevant in the context of death benefit payments.

In 1981 Mr and Mrs Swanson were a married couple and had two teenaged children when Mr Swanson died in a motor vehicle accident. In 1984 Mrs Swanson married Mr Marsella. In 2003, Mrs Swanson commenced a self managed superannuation fund. Mrs Swanson was the sole member. The trustees of her fund were herself and one of her children from her prior marriage (Mrs Wareham). This structure continued until Mrs Swanson’s death on 27 April 2016. Upon Mrs Swanson’s death, the death benefit payable from the fund was $450,416. Mrs Swanson did not leave a binding death benefit nomination upon death. She did leave a will appointing her second husband (ie, Mr Marsella) as executor.

Despite the fact that Mr Marsella was his late wife’s executor, he did not control the SMSF following her death. Rather, it appears that under the particular SMSF deed, Mrs Wareham was left in control of the fund.

Your client is neither a Member, Trustee or Beneficiary of the Fund, and as such our client is not required to consult with him on any matter relating to the administration of the Fund, nor to provide any undertakings or accounting as requested in your letter of today’s date.

On 4 May 2017, Mrs Wareham’s solicitors sent another letter stating (among other things) that no conflict of interest arose and that Mrs Wareham was permitted to exercise her discretion in favour of any eligible object including herself.  The letter also stated that Mrs Wareham owed ‘no duty to the estate or other beneficiaries’.

Mr Marsella commenced a proceeding seeking orders removing Mr and Mrs Wareham as trustees of the fund and appointing a substitute trustee.  He also sought an injunction restraining distribution of the fund and an order requiring the applicants to repay any sum already distributed. Mr Marsella was successful in doing so. See Marsella v Wareham (No 2) [2019] VSC 65 where the trial judge held, among other things:

The ill-informed arbitrariness with which [Mrs Wareham] approached her duties also amounts to bad faith.  The dismissive tenor of the correspondence from [Mrs Wareham’s solicitor], the willingness to proceed with the appointment and distribution in the context of uncertainties and significant conflict and the lack of specialist advice … all support the conclusions that her conduct was beyond ‘mere carelessness’ or ‘honest blundering’.

The trial judge reversed the Warehams’ decisions to pay the superannuation death benefits to themselves, and remove them as trustees.

The Warehams appealed on 10 separate grounds. Those grounds included items such as that ‘[t]he learned primary judge erred in setting aside the exercise of discretion by the applicants as trustees of the Swanson Superannuation Fund … and in concluding that the applicants exercised that discretion without real and genuine consideration of the interests of the dependants of the fund’.

We do not describe all of the grounds of the appeal here as the Court of Appeal dismissed the appeal.

The Court of Appeal’s judgement reinforces many of the lessons from the original Supreme Court’s judgement. In particular, we note that trustees are subject to very strict duties. These duties include the duty to properly to inform themselves. Further, trustees must take great care to ensure they exercise discretions in good faith, upon real and genuine consideration, and for the purposes for which the discretion was conferred.

Note: DBA Network Pty Ltd hold a range of SMSF CPD training online. The next live SMSF Online Update webinar is being presented on 5 June 2020. For more details or to register, visit www.dbanetwork.com.au or call Natasha on 03 9092 9400.