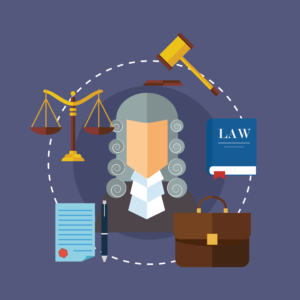 The recent decision by the Supreme Court of Queensland in the case of Re Narumon Pty Ltd [2018] QSC 185 (‘Narumon’) again confirms the importance of having a quality SMSF document supplier. More specifically, it shows how poorly drafted binding death benefit nomination (‘BDBN’) provisions in an SMSF deed can lead to costly and unnecessary complications upon the death of a member.

What happened in Narumon?

The background to Narumon is as follows.

Mr John Giles (‘Mr Giles’) was the initial sole member of an SMSF, the John Giles Superannuation Fund (‘Fund’). Mr Giles passed away on 14 June 2017, aged 80. He was survived by his wife, Mrs Narumon Giles (‘Mrs Giles’), to whom he had been married for almost 19 years; their son Nicholas, who is currently age 16; his four adult children from his previous marriage; and his sister, Mrs Rosslyn Keenan (‘Mrs Keenan’).

At the time of the Narumon decision, Mrs Giles was the sole director of the Fund trustee company. Mrs Keenan had also been a director, but resigned from that position on 15 June 2018.

At the time of his death, Mr Giles’ superannuation death benefits in the Fund comprised approximately $1 million in an accumulation account, and a lifetime complying pension with a value of approximately $3 million.

Mr Giles appointed Mrs Giles and Mrs Keenan as his attorneys under an enduring power of attorney dated 25 January 2013, and then again on 5 June 2013. They were appointed as attorneys for financial and personal/health matters, with the power as to financial matters to begin ‘when I am assessed by a medical professional with at least 10 years’ experience that I am incapable of making my own decisions’. In November 2013 Mr Giles was assessed by a geriatric psychiatrist as being totally incapable of making financial, health and lifestyle decisions. From this time, Mrs Giles and Mrs Keenan acted as Mr Giles’ attorneys on his behalf.

Crucially, Mr Giles made a number of BDBNs prior to losing capacity. The most recent of these was dated 5 June 2013 (‘2013 BDBN’). The 2013 BDBN directed the Fund trustee, after Mr Giles’ death, to pay his superannuation death benefits in the following proportions: 47.5% to Mrs Giles, 47.5% to his son Nicholas, and 5% to Mrs Keenan (noting that Mrs Keenan was not a superannuation dependant of Mr Giles upon his death). The 2013 BDBN stated that it would cease to have effect three years after the date it was signed (which would be 5 June 2016).

Importantly, the trust deed for the Fund that was in operation at the time Mr Giles made the 2013 BDBN provided (among other things) that to be binding on the Fund trustee, a BDBN must be signed by the member within three years of the member’s death.

Relevantly, reg 6.17A of the Superannuation Industry (Supervision) Regulations 1994 (Cth) (‘SISR’) and s 59(1A) of the Superannuation Industry (Supervision) Act 1993 (Cth) (‘SISA’) contain certain rules around when a superannuation fund trustee will be bound by the directions under a BDBN. Subject to certain provisos, reg 6.17A(7) of the SISR provides that such a notice will expire at the end of the period of three years after the day it was first signed.

This means that the trust deed for the Fund unnecessarily imported the three year expiration requirement from reg 6.17A of the SISR.

The inclusion in the trust deed for the Fund of the three year expiration provision meant that Mrs Giles and Mrs Keenan felt they had to take steps as Mr Giles’ attorneys to ‘extend’ his BDBN once it had expired on 5 June 2016.

On the other hand, if the trust deed for the Fund in operation at the time when Mr Giles made his final BDBN instead provided that BDBNs are non-lapsing until revoked, Mr Giles’ final BDBN would have remained valid at the time of his death, and there would have been no need for Mrs Giles and Mrs Keenan as his attorneys to seek to extend it.

Use a quality SMSF document supplier every time!

Naturally, the BDBN provisions in the DBA Lawyers’ deed expressly provide that a BDBN lasts indefinitely unless revoked.

Therefore Narumon is simply another in a series of many decisions that show how important it is to have a quality SMSF documents supplier, and how well-drafted documents can prevent costly and complicated issues from even arising in the first place.

We’ve only focused on one aspect of the Narumon decision in this article, but there are so many other gems that warrant further detailed discussion. With this in mind, DBA Lawyers Special Counsel Bryce Figot will be presenting a special SMSF online update to discuss the decision in greater depth at 12:00pm AEST on Friday 7 September 2018. You can register to view the online update live or watch the recording later on at your convenience here.