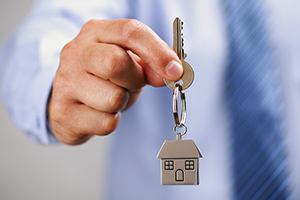 Until 4 April this year, SMSF trustees with limited recourse borrowings that were ending were faced with a problem. With the loan paid off, there was the prospect of being forced to transfer the asset to the SMSF trustee. The fear had been that to keep the asset inside the trust would give rise to an in-house asset and likely compliance issues. However, the recent passing of a new law means trustees can now usually keep the asset in the trust (often referred to as a ‘bare trust’).

For many trustees this will mean a saving on costs and hassle in the short and medium term. However, a close inspection of the law shows that the new exemption is not a cure-all. Indeed, planning ahead and starting borrowing arrangements with the end in mind will still pay off.

A small carve out in the Superannuation Industry (Supervision) Act 1993 (Cth) (‘SISA’) allowed the ATO to create the Self Managed Superannuation Funds (Limited Recourse Borrowing Arrangements – In-house Asset Exclusion) Determination 2014. The law has retrospective effect from 24 September 2007 and therefore applies to all current and future LRBAs.

The new law provides welcome relief. On a formal or technical level, it broadly provides that an SMSF’s ‘investment’ in a bare trust that occurs as a result of an limited recourse borrowing arrangement (‘LRBA’) will not be considered an in-house asset of an SMSF where:

Putting aside the technical analysis, the practical implications of the law are that an asset that was acquired under an LRBA can generally remain in the name of the bare trustee, even after the relevant loan is repaid. This provides a significant benefit to trustees.

Consider Raphael and Janice, who are members and trustees of an SMSF. The trustee of the SMSF acquires real estate under an LRBA. At the time of acquisition, the SMSF does not have a cheque account and the deposit is paid by Raphael personally. This is later journalised as a member contribution. The real estate settles in the name of a company that Janice controls.

Later, the loan is repaid and the trustee is considering transferring legal title to the real estate from the bare trustee (the company) to the SMSF trustee. Naturally, such a transfer would give rise to various transaction costs, including conveyancing fees. Also, at first blush, stamp duty is payable on this transfer of land. While in many jurisdictions there is an exemption from stamp duty, this in part requires the trustee of the SMSF to have provided the money for the purchase. Because the deposit was paid by Raphael personally, there is no guarantee the revenue authority will examine the ‘money trail’ and be happy to grant the exception. If no exception applies, an additional round of duty is payable on the transfer. This is in addition to the stamp duty that was initially paid when the real estate was first purchased.

This is a particular situation in which the new law offers breathing space. By exempting the investment from being an in-house asset, Raphael and Janice can leave the asset in the name of the bare trustee. Nevertheless, the new law does not remove all limitations.

On death of an SMSF member, benefits must generally be cashed as soon as practicable. If an SMSF asset has been left in a bare trust, the new law will probably only delay the inevitable transfer and associated costs. Further, the same considerations apply if ever a trustee wants to transfer the asset out in specie.

Accordingly, it is still the best advice to plan LRBAs in advance and be careful to pay deposits from a bank account in the name of the SMSF.

The ghost of the LRBA

The new law may also prove unhelpful where the borrowing under an LRBA has been paid off and the SMSF trustee wants to change or improve the asset (for example, subdividing or converting residential land into commercial). This is because it appears that ‘replacing’ the asset with a different asset will trigger an in-house asset.

The new law only creates an in-house asset exemption if s 71(8) of the SISA would have applied ‘but for the fact that the borrowing has been repaid’. However, for s 71(8) to have applied, the trust must have been ‘covered by subsection 67A(1)’. Section 67A contains the requirements for the initial LRBA to have complied with the SISA. This suggests that the s 67A concept of a constant single acquirable asset must be complied with in order for the new exemption to ‘work’. That is, the bare trust may be ‘haunted’ by certain requirements of s 67A. Nevertheless, it remains to be seen exactly how the rule will be applied in practice.

Accordingly, while the new law is welcome step, it does not safeguard against all outcomes. Advisers and trustees should be on notice that SMSF borrowings are still not ‘run of the mill’ transactions. Rather, they should be planned and handled with care.