By Daniel Butler on 27/05/2014 in ATO, Contributions, SMSF strategy, Taxation 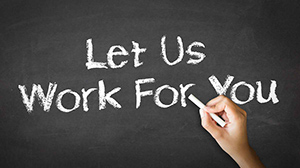 There have been two recent decisions in which taxpayers have won the independent contractor argument in the Administrative Appeals Tribunal (‘AAT’). Naturally, if the contractor is an employee, then the PAYG withholding and superannuation guarantee obligations fall on the employer (head contractor). Moreover, other obligations such as those under state and territory legislation regarding workcover and payroll tax issues may also arise together with significant penalties.

These two most recent decisions fall on their own specific facts following the application of the ‘totality’ of different factors that are applied to discern whether the relationship is one of employment or independent contractor. Thus, other taxpayers need to be mindful that these decisions may not provide support for their particular facts.

This case examined whether crew members on a commercial fishing vessel operated by Dominic B Fishing Pty Ltd (‘Taxpayer’) were employees for the purposes of s 12(3) of the Superannuation Guarantee (Administration) Act 1992 (Cth) (‘SGAA’). This section provides that in addition to a common law employee:

if a person works under a contract that is wholly or principally for the labour of the person, the person is an employee of the other party to the contract.

The vessel, which was usually captained by a director of the Taxpayer, would be away at sea for an average of 10 days at a time. The captain was joined on each voyage by up to four experienced fishermen. The crew members were engaged for each voyage. The vessel would anchor at a central spot each day and the fishermen would each board small motorised vessels called ‘dories’. The dories would head off to remote locations where the crew members would spend all or part of the day fishing.

Usually, at the end of the day the dories would return to the vessel, which acted as a ‘mother ship’. Each fisherman would unload his catch. At the end of the voyage, when the vessel returned to port, the catch would be unloaded and delivered to a wholesaler or processor under the terms of a contract with the Taxpayer. The Taxpayer would pay the individual fisherman under the terms of the separate agreement between the Taxpayer and each fisherman.

Once the crew was gathered, they would set about the task of preparing the vessel for sea. Mr Hemingway (a fisherman witness) said he could bring his own equipment, or equipment would be supplied. He said the dories were allocated at the start of the voyage and crew members knew they were responsible for cleaning all of their gear and the dory they had used.

Each crew member operated independently, according to Mr Hemingway. He was not obliged to fish anywhere in particular, and he did not take instruction from the skipper or his crewmates as to how or where he should fish. He said each dory might travel several miles from the mother ship, and be gone all day. The AAT member (Senior Member Bernard J McCabe) said he had no reason to doubt the individual crew members enjoyed significant autonomy in the conduct of their fishing operation.

Each fisherman had to sign a ‘Joint Fishing Adventure’ agreement (‘Agreement’) prior to going on a voyage which covered, amongst other things, the following:

The remuneration arrangements for crew members were not clearly provided for in the Agreement. It was agreed that a fixed amount would be deducted by the Taxpayer from the price of the fish that were caught to cover operating costs. Each fisherman would then be paid around 30% of the market value of the fish he caught.

The Tribunal held that:

The AAT has held that two licensed plumbing subcontractors (‘Workers’) engaged by Enterprise Pty Ltd (‘Taxpayer’; the principal subcontractor) to carry out maintenance jobs under a sub-contract from a government housing authority were not employees but independent contractors.

Accordingly, the Taxpayer was held not to have a superannuation guarantee shortfall. The ATO’s objection decisions was therefore set aside.

The Taxpayer’s first witness was Chester Pty Ltd which is the trustee of the XVQY Family Trust (‘Chester’). Mr Ashley was the director of Chester. The Taxpayer’s second witness was Mr Buckley, a sole proprietor plumbing contractor who has his own ABN.

The ATO relied on s 14ZZK of the Taxation Administration Act 1953 (‘TAA’) that puts the onus on the Taxpayer to prove all facts on which it seeks to rely to discharge its burden in establishing that the assessments are excessive. The ATO referred to Bromberg J’s comments in On Call Interpreters and Translators Agency Pty Ltd v FCT (No 3) [2011] FCA 366 (‘On Call’) at [221]-[222]:

It was for On Call to adduce sufficient evidence to discharge its onus. In relation to each of the panel interpreters utilised by On Call during the relevant period, it was necessary for On Call to establish that the person was not an employee …but was instead an independent contractor. In the application of the totality test, that onus called upon On Call to establish that each relevant interpreter owned and operated a business.

The Taxpayer accepted this onus. Note, this can prove a difficult hurdle for many taxpayers to succeed on and the Taxpayer managed to adduce sufficient evidence to win this case.

Broadly, the two Workers would typically go into the Taxpayer’s office each morning and take a list of the jobs. There were no set times or instructions on how to handle them. Each Worker had to undertake any repair job in their own time. There were no hourly rates and each item had a fixed price. Workers would get a share of profit less the cost of the Taxpayer’s materials used.

The other factors considered by the Tribunal included the following:

The Hon R Nicholson (Deputy President) of the AAT stated:

Both these decisions fall on the particular facts of each case. Indeed, the AAT in the first decision confirmed that each case turns on its own peculiar set of facts. One must examine the precise details of the engagement in each case in order to characterise it. Generalisations – whether by the industry and its advisers, or by the Commissioner – are impossible, which is as it should be. Employers and principals should review every contractor arrangement to determine whether any are at risk of constituting an employment relationship with consequential follow on obligations such as PAYG, superannuation guarantee and state/territory obligations.