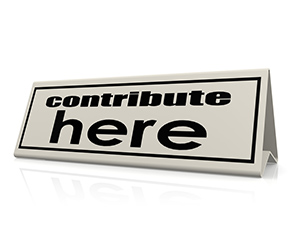 This article provides a brief summary of the excess contributions tax (‘ECT’) regime. It also summarises the latest developments including the May 2014 Federal Budget announcement, the latest statistical information and covers several key recommendations made by the Inspector-General of Taxation (‘IGT’).

The ECT regime was introduced in July 2007 as a system designed to discourage people exceeding their contribution caps. It has undergone a number of changes to make it fairer and more flexible.

Since mid-2013, excess CCs are included in the member’s assessable income and taxed at their marginal tax rate (‘MTR’). The member receives a 15% tax offset (as 15% contributions tax should have been paid by the fund on that contributed amount). Prior to 30 June 2013, excess CCs were generally subject to 46.5% tax (being a 15% tax on assessable contributions plus a 31.5% ECT rate).

Effective from mid-2013, it is proposed that a member will be permitted to withdraw their excess NCCs to avoid a 46.5% ECT (which is expected to increase to 49% from 1 July 2014 with the Temporary Budget Repair Levy and the 0.5% increase to the medicare levy). Any associated earnings on excess NCCs will be included in the member’s assessable income and taxed at their marginal tax rate. Naturally, this assumes the announcements in the 2014 Federal Budget are enacted as published. Prior to these announcements, the ECT on excess NCCs prior to 30 June 2013 was 46.5%. It is worthwhile noting here that NCCs were also generally from a member’s after-tax money.

Prior to mid-2013, the maximum rate of ECT was 93%. Australia has the highest effective tax rate on superannuation out of all countries in the world! Indeed, Professor Robert Deutsch, Deputy President of the Administrative Appeals Tribunal stated in Verschuer and Commissioner of Taxation [2013] AATA 12 at [61]:

whilst this [78%, being 31.5% + 46.5%] is clearly a rate of tax that is itself unacceptably high by almost every standard (with the possible exception of recently announced French taxes), it is the prescribed outcome declared in unambiguous terms by the Federal Parliament.

The maximum 93% ECT tax rate that was possible prior to mid 2013 is calculated as follows:

The position from 1 July 2013 will look considerably better as:

Inspector-General of Taxation’s Review into ECT

First, I summarise some interesting points arising from my review of the statistical information included in the IGT Report. Secondly, I discuss several important recommendations made by the IGT for improving the ECT regime.

The IGT Report reveals some interesting statistical information including the following:

The IGT has also made, among other, the following recommendations:

While we should now have a far better system, careful ongoing management of contribution strategies is still needed to minimise ECT risks.