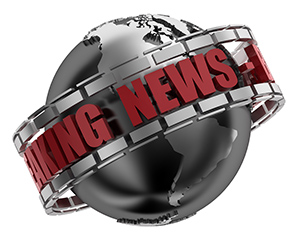 On Friday the Supreme Court of Queensland handed down what I believe is a ‘first of its kind’ judgement. McIntosh v McIntosh [2014] QSC 99 was the first time that the following specific question was expressly considered by a court: If a person is eligible to receive a deceased’s super both as the deceased’s legal personal representative and also in his or her personal capacity, and the person receives the super personally, must he or she transfer it to the estate?

The answer will surprise many!

Elizabeth McIntosh (the mother) and John McIntosh (the father) were married in 1968. In 1972 the mother gave birth to James. The mother and the father divorced in 1979 and had and continue to have an acrimonious relationship.

The mother stated that she and James lived together for the bulk of his life. James was killed on 14 July 2013. At that time he lived with the mother.

James died without a surviving spouse or children. He also died intestate (ie, without a valid will). Under the rules of intestacy, James’ estate is to be distributed between his two parents in equal shares.

The mother had previously applied (12 September 2013) to be the administrator of James’ estate. She stated in an affidavit that she understood that, if she were so appointed, she was required to collect her son’s assets and distribute his estate by dividing them equally between herself and the father. She said ‘I propose faithfully to do this.’

She was granted ‘Letters of Administration’ (ie, appointed as the administrator).

The net assets of James’ estate were about $80,000. However, he had significantly more in various super funds, totalling approximately $454,000.

On 30 September 2013 the mother then applied to James’ super funds to have his super death benefits paid to her personally, describing the interdependency relationship that existed between her and her son. Each super fund agreed to do so.

This meant that it appeared that all of the super (ie, about $454,000) would be paid directly to the mother and none of it to the father. The father would receive only half of the estate (ie, half of about $80,000).

The father’s lawyers wrote to the mother stating:

As administrator, I note that your client will make her best endeavours to maximise the size of the estate. Bearing this in mind, please advise whether your client intends to seek any or all of the deceased’s superannuation entitlements to be paid entirely to her in her personal capacity.

The mother’s lawyers wrote back stating:

The father’s lawyer replied that:

… as personal representative, your client has a fiduciary obligation to maximise the return for the estate. Clearly your client is in breach of her obligation if she has actively sought payment to herself direct in lieu of the estate.

The mother then filed this application.

… there was a clear conflict of duty … contrary to her fiduciary duties as administrator. When the mother made application to each of the superannuation funds for the moneys to be paid to her personally rather than to the estate, she was preferring her own interests to her duty as legal personal representative to make an application for the funds to be paid to her as legal personal representative. She was in a situation of conflict which she resolved in favour of her own interests. As such she acted … in breach of her fiduciary duty as administrator of the estate …

Accordingly, Atkinson J held that the mother was required to account to the estate for the super death benefits (ie, ‘hand over’ the benefits).

What would have changed this outcome?

The above outcome might surprise many. The trustees of three large super funds (Host Plus, Intrust Super and Hesta) determined to pay super death benefits to a deceased’s interdependent mother, yet the mother was ordered to then pay that money to the estate so that a significant portion could be paid to the father.

This outcome is more surprising as the mother appears to have been the nominated beneficiary in respect of each of the super funds (albeit it via non-binding nominations in each case).

This begs the question: What would have changed this outcome? There are two different additional facts that probably would have done so.

Firstly, if a binding death benefit nomination had existed in favour of the mother personally, then this matter almost certainly would not have arisen.

Secondly, if James had made a will naming the mother as the executrix then there is strong indication the outcome would have been different. Atkinson J stated that the method of ‘appointment is an important distinction between them as the appointment of an executor is the act of the testator exercising a testamentary choice’. She went on to state that although generally the legal personal representative can not ‘enter into engagements in which [he or she] has or may have a personal interest conflicting with the interests of those whom [he or she] is bound to protect’ there is an exception to this. Namely, where the willmaker — with knowledge of the facts — imposes a duty which is inconsistent with a pre-existing interest which he or she has in another capacity, then the legal personal representative might still be able to validly pursue their personal interests.

Although this was not an SMSF-related decision, it has several critical implications for SMSF advisers.

Firstly, this case serves as an important reminder of how strict the fiduciary duties are that apply to legal personal representatives and others (eg, trustees of super funds).

Secondly, it illustrates that even if the personal estate is relatively small, a will is still important. Again, if James had made a will and appointed the mother as his executrix, it appears that there is a fair chance that the court would have decided differently. More particularly, the court may have taken the view that James appointed the mother in the informed knowledge of her consent, thereby authorising her to apply to all of the super funds to have the death benefits paid to herself.

It is critical that the right people are controlling the SMSF upon death. Even if there was no binding death benefit nomination and no will, if the right people were controlling the SMSF upon death, things may well have been different. Although McIntosh v McIntosh illustrates that the mother was under a duty to vigorously apply for the benefits in her capacity as legal personal representative of the deceased, the trustee of the SMSF might nevertheless have decided to pay the super death benefits to her regardless.

For more information on SMSF succession planning — including a step-by-step guide to ensure that the right people control the SMSF at the right time — see The Complete Guide to SMSFs and Planning for Loss of Capacity and Death.