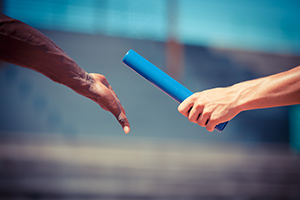 Small private companies are widely used to manage and control financial affairs. At times they are used as companies in their own right, but they are also commonly used as trustees for SMSFs, family trusts and unit trusts. Regardless of whether a company acts as trustee or not, the directors hold day-to-day control over the company. Despite the importance of this director role, few pay proper attention to how control of a company could be lost simply by failing to plan ahead. This risk is especially pronounced where there is a possible dispute in the event of a key family member dying or losing capacity. One planning strategy is to appoint successor directors to take the place of a director who has died or lost capacity. Unfortunately, very few constitutions allow successor directors to be appointed at all.

When does a director lose their office?

Many think that on loss of mental capacity, a director’s attorney under an enduring power of attorney automatically becomes a director, or can at least ‘stand in the same shoes of the director’ and exercise director rights. This is simply not true (see, eg, Saad v Doumeny Holdings Pty Limited [2005] NSWSC 893 [17]). Similarly, on the death of a director, the executor of the deceased director does not automatically become a director or ‘stand in the shoes’ of the deceased to exercise director rights.

The question is then, where does this leave companies when there is a failure to plan for succession to control? This following example illustrates the answer.

Kay and Lee are a married couple. They are both SMSF members and directors of the corporate trustee. Lee has two adult children from a previous relationship. There are two shares in the corporate trustee. Kay owns one and Lee owns the other. Lee wants his children to be involved in running the SMSF in his place when he loses capacity. Lee has put in place an enduring power of attorney under which his children are his attorneys. Lee then loses mental capacity. Lee’s children (wanting to follow their father’s wishes) want to become directors of the trustee company in order to have the same say that their father would have had. However, as Lee’s attorneys, they only have (at most) the voting power in respect of the share that Lee owned personally (ie, one out of the two shares issued). If they want to be voted in as directors, they need the majority of the shareholders to vote them in. This means that they need to have Kay in agreement in order for Lee’s wishes to be fulfilled. This may prove difficult if Kay is not willing to have Lee’s children stepping in as directors.

A similar problem would occur if Lee had died instead of losing capacity. Further, had the example been different, instead of being spouses, Kay and Lee could have been business associates with a 50–50 shareholding and directorship of a company. The same problem as above would still occur. Lastly, the same problem arises whether the company is an SMSF trustee, another type of trustee or not acting as a trustee at all.

The above can be a very stressful, dysfunctional or even litigious scenario, especially since it can result in the wishes of the director who has died or lost capacity being ignored.

How do successor directors offer a solution?

The use of successor directors is a strategy to address the problematic scenario discussed. Under a successor director strategy, a director is able to appoint one or more persons to ‘step into the director’s shoes’ in the event of the original director’s mental incapacity or death. If Lee’s company constitution had allowed for successor directors and the relevant documents were completed, Lee’s children would have immediately stepped in as directors when Lee lost capacity. Kay’s consent would not have been needed.

Naturally, successor directors only have impact for the board of directors of a company. They are not the only thing to consider in planning for succession. The shareholding in a company, the company constitution, the shareholders’ wills and enduring powers of attorney and the appointor power in a trust or SMSF will also play an important role.