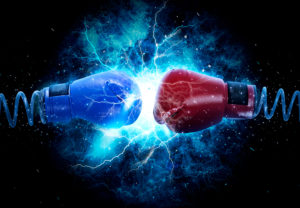 We compare the option of a director nominating an alternate director in contrast to nominating a successor director in a self managed superannuation fund (‘SMSF’) context to determine which is better. We also provide a brief comparison table below to support our view that alternate directors are not of much value in an SMSF context and indeed can give rise to a number of risks; especially from an SMSF succession planning viewpoint.We commence by explaining what each concept is and then discuss how they apply in an SMSF context.

Note that, for simplicity, we will discuss the role of an alternate or successor director in the singular below even though in practice there may be more than one of these acting at the same time.

The role of an alternate director

Generally an alternate director is a person who can step in as a director to exercise some or all of the appointing director’s powers for a specified period or on a temporary basis. For example, a director who is unable to attend a directors’ meeting or to their duties while they are overseas can appoint a person to act for them as their alternate director for the relevant period.

Furthermore, an attorney under an enduring power of attorney is also not entitled to act for a director as the legislation relating to powers of attorney is state based whereas the CA is Federal legislation. Further, the performance of a director’s office is a director’s own personal responsibility as stated at paragraph 17 in Saad v Doumeny Holdings Pty Ltd [2005] NSWSC 893:

The ATO have indicated that alternate directors can be used as a tool to satisfy the central management and control (‘CMC’) test for SMSF residency purposes where an SMSF member is planning to move overseas.

Firstly, a membercan appoint an Australian resident as their attorney under an enduring power of attorney and this authorizes the attorney to then be appointed as an alternate director under s 17A of Superannuation Industry (Supervision) Act 1993 (Cth) (‘SISA’). This step is typically taken so that an SMSF can continue to maintain its CMC in Australia via the alternate director(s) making strategic decisions here to seek to satisfy the fund to satisfy the definition of an Australian superannuation fund (see extract from SMSFR 2010/2 below).

Indeed, in many SMSF arrangements that we have come across over the years, there is a real risk that the mum and dad directors who are overseas are still actively involved in some way at a strategic level with the people they have appointed in Australia to satisfy the fund’s CMC test. As discussed above, where an alternate director is used, it is not always clear who is acting when and who is doing what. Thus, we would not recommend an alternate director be appointed for this purpose and for the other reasons outlined in this article. Accordingly, we recommend that the overseas director be removed completely before departing Australia and their attorney act as their director of the SMSF corporate trustee in their place. This removes the uncertainty of who is acting when as mentioned above.

Before discussing this topic, we would like to note that for an SMSF to continue to satisfy the definition of SMSF outlined in s 17A of the SISA, there should be an appropriate attorney appointed by the director under an enduring power of attorney in respect of the relevant appointee.

Thus, from an SMSF residency context, an alternate director is not a sound strategy and for those that have alternate directors we would recommend that a review be undertaken to adopt a better strategy.Where a member’s legal personal representative is a SMSF director, that director should be a valid enduring power of attorney in respect of the member.

Jacob and Rachel are SMSF’s directors with one share each in the trustee company and the only two SMSF members.

Simon is the adult son of Jacob from a previous relationship and has been appointed Jacob’s alternate director. As an alternate director, Simon would be able to attend board meetings on behalf of Jacob and have the same director’s powers as Jacob. Jacob also appoints Simon as his attorney under an enduring power of attorney.

Rachel also has a daughter from a previous relationship, but the daughter is not involved in the SMSF.

Jacob ultimately wants Simon to take over as a director when he dies or loses capacity.

As discussed above when Jacob loses capacity Simon would cease to be an alternate director. However, if the constitution is appropriately worded, Simon as attorney under the enduring power of attorney can exercise the power attaching to Jacob’s shares and seek to appoint himself as a director of the corporate trustee.

Unfortunately to be appointed director, the company constitution would generally require the consent of the majority of shareholders. If this case, since Simon has one share (ie, Jacob’s share), he will need Rachel (ie, Simon’s step-mum) to consent to his appointment to have a majority vote.

This would then lead to the following queries:

If Jacob dies in Example 1, all sorts of other questions arise, such as:

Accordingly, without the right documents and strategy in place, the wrong person may gain control of an SMSF.

In Example 1, Rachel is in control of the SMSF. If Rachel is not on good terms with Simon, she can as a sole director (and as a 50% shareholder) not vote in favour of appointing Simon as a director.

Can an alternate director be held liable?

However, in Doyle v Australian Securities & Investments Commission[2005] WASCA 17 it was emphasized that, broadly speaking,a person who is an alternate director is in a similar position to a director in the context of the duties owed and the standard expected of the director in all respects. Accordingly, an alternate director should be mindful of their duties and obligations under the CA and as a director of an SMSF trustee under the SISA before they accept their appointment as a contravention may result in significant penalties or other legal consequences.

Note: DBA Lawyers hold SMSFCPD training at venues all around Australia and online. For more details or to register, visit www.dbanetwork.com.auor call Marie on 03 9092 9400.