Naturally, it is always important for an SMSF to comply with the various laws that govern it. However, I thought this might be a good opportunity to reflect on the latest updates on the compliance landscape. 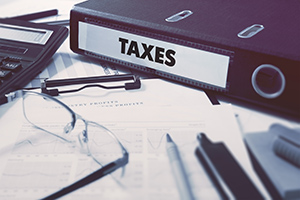 It was big news when the ATO was granted the right to unilaterally impose monetary penalties for certain contraventions of superannuation laws. The ATO gained this power with effect from 1 July 2014. Before 1 July 2014, in order to have a monetary penalty imposed, the ATO had to apply to the Federal Court and argue its case there. The court did not always impose a penalty (see Dolevski v Hodpik Pty Ltd [2011] FCA 54).

However, that has all changed. Now, under the new powers, for the more serious contraventions (eg, contravention of the borrowing rules), the ATO can unilaterally impose monetary penalties at a rate of up to 60 penalty units per trustee.

Many have observed that unlike individual trustees who each receive a separate administrative penalty, in the case of contraventions by a corporate trustee of an SMSF, the directors are jointly and severally liable for the penalties.

Naturally, this benefit gets more and more pronounced the more trustees a fund has.

However, there is a practical quirk to be aware of. Where the ATO imposes administrative penalties in respect of an SMSF with a corporate trustee, the directors are jointly and severally liable. What this means legally is that the ATO may collect the entire penalty from any one of the directors of the corporate trustee or from all directors in various amounts until the penalty is paid in full and the total amounts paid by all the directors would need to add up to for example $21,600.

A recent ATO speech by Kasey Macfarlane (Assistant Commissioner, SMSF Segment) has revealed some interesting statistics, namely, that during the 2015 financial year:

Considering that there were 528,052 SMSFs as at the start of the 2015 financial year, the above suggests that the proportion of ‘rat-bag’ SMSFs is very low.

I think another noteworthy point is that disqualification is a relatively common outcome compared to other avenues such as non-compliance. Naturally once a person has been disqualified, they can never be a member of an SMSF again. If that person never intends to have an SMSF again, on its face, being disqualified is not such a big deal. However, the real sting is that if someone is disqualified, this becomes publicly available information. Many people are often not aware of this. The Notice Of Disqualification is gazetted and a simple Google search of the person’s name often brings up the Notice Of Disqualification from the government website ComLaw in the first few Google hits. Naturally, this can have a negative implication for someone’s reputation.

(I am often asked if a disqualified person can still be a member of an SMSF if the holder of their enduring power of attorney is the trustee/director — the answer is no: see s 17A(10) of the Superannuation Industry (Supervision) Act 1993 (Cth), which expressly addresses this.)

Compliance with the superannuation law is more important than ever. The ATO have new — and more powerful — options available to them. In my experiences with the ATO, the ATO is practical and reasonable, but naturally everything has limits and an SMSF trustee that contravenes the law and does not make appropriate efforts to rectify the situation may face significant negative implications.