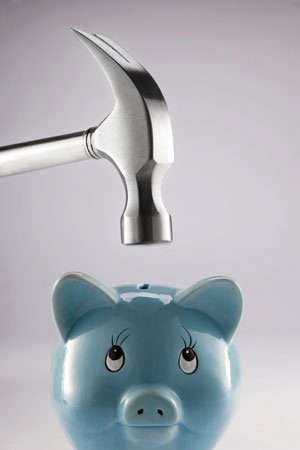 The ATO recently released PCG 2016/5 frequently asked questions, which serves as a handy reminder of the 31 January 2017 deadline.

Following the release of PCG 2016/5 in April 2016, the ATO initially required each SMSF trustee with a non-bank limited recourse borrowing arrangement (‘LRBAs’) to ensure it was on arm’s length terms by 30 June 2016. Following the May 2016 Federal Budget’s announcement of a substantial reduction to the non-concessional contributions cap, this deadline was extended to 31 January 2017.

We have been assisting numerous clients in relation to what needs to be done to satisfy the criteria in PCG 2016/5. We have also received a number of queries from advisers concerned that their SMSF clients may not be able to fully rectify their non-arm’s length LRBAs by 31 January 2017.

This article provides a few tips in relation to the ATO’s PCG 2016/5 FAQs.

Many may have missed the finer detail here, ie, even if the LRBA is brought to an end by 31 January 2017, the loan must still be rectified for the period of 1 July 2015 and 31 January 2017. From 1 February 2017 regular monthly repayments of principal and interest must generally be made.

PCG 2016/5 FAQs also notes that any restructuring must be carefully documented:

Restructure of the LRBA can occur anytime up to and including 31 January 2017 and the interest rate and other terms (eg loan to market value ratio (LVR) and remaining loan term) should reflect the date the restructure is done. We would consider it best practice for the SMSF to record accrued liabilities for any additional principal and interest payments relating to the 2015–16 year, made after 30 June 2016 and by 31 January 2017, if the fund does not report the relevant income as NALI in the 2016 SMSF annual return.

What happens if you can’t repay?

If by the 31 January 2017 deadline a taxpayer has not satisfied PCG 2016/5, will the ATO give taxpayers a further opportunity to rectify the loan arrangement?

Where SMSF trustees have not satisfied all the criteria of the PCG 2016/5, it does not mean that the arrangement will necessarily be deemed to be non-arm’s length. This only means that the trustees are unable to be assured that the Commissioner will accept the arrangement to be consistent with an arm’s length dealing.

An important take away from the PCG 2016/5 FAQs is that if the LRBA is not rectified by the 31 January 2017 deadline, and the arrangement is not on arm’s length terms, the NALI provisions will apply from the commencement of the arrangement (ie, not just from 1 July 2015). The NALI provisions may result in all income generated from a non-arm’s length arrangement, less certain deductions, being taxed at 47%. The ATO may however be precluded from opening up an SMSF’s income tax assessment beyond a 4 year period, or six years where Part IVA applies, unless fraud or evasion is alleged.

PCG 2016/5 FAQs encourages any SMSF trustee that may have difficulty in meeting the 31 January 2017 deadline to contact the ATO in writing as soon as possible.

Ideally each SMSF trustee can easily prove that each non-bank LRBA is on arm’s length terms. If an SMSF trustee is unable to meet the 31 January 2017 deadline, they should seek legal advice or consider contacting the ATO as soon as possible to discuss their options.

ATO’s revised view on LRBAs and the NALI risk

DBA Lawyers can provide advice and excellent services on LRBAs. Our SMSF LRBA documents reflect the latest changes including the recent ATO developments discussed above. Our LRBA documentation services include: