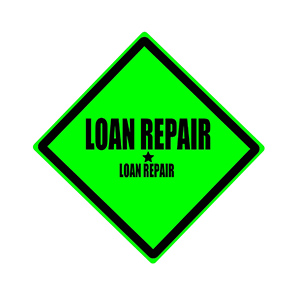 The ATO extension to 31 January 2017 is most welcome to alleviate the concerns that many SMSFs are facing in view of the need to act swiftly to clean up related party and non-bank limited recourse borrowing arrangements (‘LRBA’). Many SMSFs in particular have had to look at ways of coming up with the current financial year’s repayments of both principal and interest on a loan prior to the previous 30 June 2016 deadline; which is now pushed out to 31 January 2017.

On top of that SMSF members have been ‘crunched’ by the effectively retrospective Budget change where they no longer have any significant non-concessional contribution cap (‘NCC’) left as a result of the 7.30pm 3 May 2016 announcement that the $500,000 lifetime cap includes NCCs made since 1 July 2007. (I have dealt with the ‘retrospective’ issue in detail in http://www.dbalawyers.com.au/announcements/new-500000-lifetime-contribution-cap-retrospective-bad-law/.)

Technical queries on how PCG 2016/5 applies in practice

DBA Lawyers have had numerous technical queries regarding the ATO’s Practical Compliance Guideline PCG 2016/5 and, in particular, what arm’s length terms in the context of an SMSF with a related party LRBA means in practice.

Firstly, it should be noted that the PCG is a very positive document and the ATO should be congratulated for taking such a practical approach for dealing with this matter. Moreover, the ATO should also be congratulated for making this extension as it is taking into account what is happening in the real world and responding in a timely manner to the feedback and intelligence it is gathering.

DBA Lawyers has recently lodged a number of technical queries with the ATO for consideration in respect of the detailed application of the PCG. These queries have only recently arose as a result of us having documented the revised terms for a number of LRBAs that need revising. Hopefully further clarification will be made by the ATO which aims to have further examples and guidance out in the form of an FAQ or a fact sheet on its website prior to 30 September 2016. Some of the many technical queries we have come across in documenting revised LRBA terms are summarised below.

Naturally, advisers seeking to document revised terms should be aware of the detailed technical issues that relate to these complex arrangements. We suspect that many document suppliers that do not have their own experienced SMSF lawyers will not have considered these issues.

PCG 2016/5 appears to apply to all real property. However, query whether it applies to interests via shares in a body corporate that provide the shareholder exclusive ownership to a particular unit/apartment, to a tenants in common interest or a leasehold interest? The ATO confirms in the PCG that it applies to residential, commercial and primary production but do not expressly address these other interests.

The safe harbour terms in PCG 2016/5 are linked to the reserve bank of Australia’s indicator lending rates for banks providing standard variable housing loans for investors.

Though the guidelines are clear on the actual interest rate, they do not provide any guidance on the interest criteria, such as whether the rate is to be applied as a nominal annual interest rate or whether it is to be compounded say monthly so as to give rise to a higher effective interest rate.

We suspect many in practice are applying a nominal rate as this also applies for private company loans under division 7A of the Income Tax Assessment Act 1936 (Cth).

The PCG also is uncertain with respect to whether a refinancing can be with a related party. For example, para 26 states ‘The fund could refinance the LRBA with a commercial lender, extinguish the original arrangement and pay the associated costs.’ This paragraph, on first blush, suggests that a refinancing should be with a commercial lender, but this term is used loosely and other parts of the guidelines refers to the term ‘commercial’ as being on arm’s length, ie, a related party can deal on arm’s length terms. For example, paragraph 14 states that ‘payments of principal and interest for the year ended 30 June 2016 must be made under LRBA terms consistent with an arm’s length dealing. SMSF trustees who are concerned about their ability to make the required payments on commercial terms before 30 June 2016 can contact the ATO to discuss their particular circumstances.’

Thus, while there is no express prohibition on refinancing with a related party lender, confirmation from the ATO that this is permitted would be welcome.

PCG 2016/5 confirms that two loans can be used to buy one asset under the same LRBA. If doing so for real property, presumably each loan must have a registered mortgage, however the guidelines do not expressly comment on whether a second registered mortgage would be sufficient apart from saying that ‘a registered mortgage’ must exist. Some financiers require a deed of priority for the primary lender to obtain ‘first bite of the cherry’.

At least the extension alleviates some of the uncertainty faced by many SMSFs that need to rectify their LRBAs in accordance with PCG 2016/5 by 31 January 2017.

Even if Labor are elected, some SMSFs will still not be in a position to fulfil the legal commitments they entered into prior to the 3 May 2016 announcement if the $500,000 lifetime cap is retained by a Labor government (assuming this cap only applies prospectively from 3 May 2016 without any retroactivity). Some SMSFs need considerably more than $500,000 per member contributed to reduce loans or settle contracts to buy property or other transactions that were entered into before 3 May 2016 under the law as it then stood.

However, if the Liberal government is re-elected, then many more SMSFs will end up in a more difficult situation as the members may have no or very little of their $500,000 lifetime cap remaining given contributions back to mid-2007 are counted by the Budget announcement which the Liberal Government claims (on technical legal grounds) is not retrospective at all.

The difficulty with numerous SMSF members is that they will have to contribute to their SMSF to manage their related party LRBA compliance with the ATO’s PCG 2016/5. Albeit they now have to 31 January 2017 to do so, but some members may incur extra tax as a result of having to make excess NCCs down the track under whichever government are voted in. Even if the Liberals are re-elected, will the retrospective proposal to mid-2007 survive the parliamentary process or be blocked by Labor or the independents, etc?

In short, we live in interesting and challenging times. The objective of superannuation, which the Government is seeking to enshrine in legislation, should make a clear statement that there should be no retroactive changes in a regulatory system that most people are ‘locked into’ for the majority of the term of their natural lives. This is contrasted to changes that may happen to the tax treatment of other investments (outside of superannuation), where investors can change their decisions and withdraw and dispose of their investments. Moreover, all political parties should seek to agree on long-term policy settings for superannuation rather than resorting to knee jerk reactions leading up to each Federal Budget further adding to the increasing lack of confidence in the superannuation system.