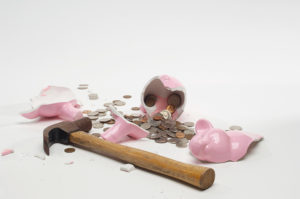 There are several methods that a member can to access their superannuation ‘legitimately’ before retirement. Lately, advisers, self managed superannuation fund (‘SMSF’) trustees and members are very keen to learn more on this topic given the financial stress caused by the recent bushfires, floods, COVID-19 pandemic and reduced business/economic activity.  Further, the Australian Taxation Office (‘ATO’) has released numerous warnings about ‘scammers’ enticing people to establish an SMSF to illegally access superannuation benefits before a member satisfies a condition of release. The most recent ATO warning can be found here.

One advantage of SMSFs is that they allow members to access cash. However, this flexibility comes with the responsibility for the SMSF trustees to ensure that a condition of release is satisfied before any superannuation benefit is withdrawn.

In a three-part series, we will examine the conditions of release which are designed to allow members to access their superannuation before retirement as retirement requires the member to at least retain their preservation age which is 60 for those born after 30 June 1964. In this article, we examine temporary incapacity.

What is temporary incapacity?

Broadly, reg 6.01 of the SISR defines ‘temporary incapacity’ as ill-health (whether physical or mental) that has caused the member to cease to be gainfully employed but does not constitute permanent incapacity. For example, a member who is employed as a farm assistant who has had to stop work for 6 months due to injury or due to a virus followed by further illness.

The purpose of the temporary incapacity condition of release is to provide income support to a member by replacing the income that they received from their employment before they became ill and had to stop working. This purpose is achieved by allowing a member who meets this definition to access their superannuation to replace their lost income. However, item 109 of sch 1 of the SISR prescribes the form, amount and period that the member can receive their superannuation on the grounds of temporary incapacity for income replacement purposes.

This cashing restriction is as follows:

Form: the member may receive a non-commutable income stream (‘NCIS’), which means that it must be paid in instalments that reflect the gain or reward in whole or in part which the member was receiving before they became ill or injured. It cannot be funded by any amount that is attributable to the member’s member-financed or mandated employer-financed benefits and the growth from those amounts. Thus, the NCIS can generally only be funded from contributions that exceed the superannuation guarantee threshold, insurance or from reserves maintained in the fund.

Amount: the amount that the member can access cannot exceed the maximum gain or reward which the member was receiving from their employment before they became ill or injured. Accordingly, the NCIS can replace the member’s pre-incapacity income in whole or in part, but cannot exceed that amount. Note that income protection insurance policies may only provide, for example, 75% of the pre-injury income stream. Further, such policies may include an offset clause which reduces the insurer’s obligation to the extent other income is derived by the insured member. For example, if an insured member receives a 75% monthly income protection insurance payment outside of superannuation, that monthly amount would then be reduced by the monthly NCIS amount paid by their SMSF.

Australians who fall ill from COVID-19 or any other illness or injury, may be entitled to make a claim for income support from their SMSF on the grounds of temporary incapacity. It is important that a member not only meets the definition of temporary incapacity, but the member can comply with the cashing restrictions. Commonly, the key limiting factor is whether any non-minimum benefits such as income replacement insurance, reserves or excess employer contributions are available to fund the NCIS.  Further, the start and end date of the NCIS can be difficult to ascertain, particularly where a member’s employment arrangements have changed rather than ceased before or after the incapacity, eg, reduced working hours from part to full time or vice versa.

When determining whether a member has met the requirements of a condition of release on the grounds of temporary incapacity, you should consider the following as well as any other issues that may arise from the particular facts):

When in doubt, we recommend seeking legal advice before going ahead as the consequences for the SMSF trustee and member can be severe.

Next, in our ‘accessing superannuation before retirement’ series, we will be exploring the requirements of the condition of release for financial hardship.