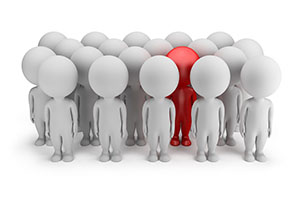 It suggests the position is very strict. However, a deeper technical analysis reveals there might often be some ‘flexibility’.

This article concludes that the critical practical implication is that each SMSF should have a sole purpose corporate trustee.

The trustees of the SMSF are members of a family.

There are several unit trusts owned and operated by the SMSF and/or the trustees.

The trustees have stated that, for administrative simplicity and cost savings, unit trusts jointly owned by the SMSF and trustees as well as unit trusts owned solely by the SMSF all operate using the one bank account. The account is held in the name of the SMSF.

The relevant issue was as follows:

Has a contravention of section 34 of the Superannuation Industry (Supervision) Act 1993 (Cth) (‘SISA’) occurred where a Self Managed Superannuation Fund (SMSF) shares a bank account with related unit trusts?

The ATO decided that:

Yes, an SMSF must open and maintain its own bank account, as it is required to keep its assets and money separate from that of other entities.

This seems like a very ‘cut and dry’ situation. However, there is more to the picture.

A trustee of a regulated superannuation fund that is a self managed superannuation fund must keep the money and other assets of the fund separate from any money and assets, respectively:
(a) that are held by the trustee personally; or
(b) that are money or assets, as the case may be, of a standard employer-sponsor, or an associate of a standard employer-sponsor, of the fund.

This raises the question of what is a standard employer-sponsor.

A standard employer-sponsor is defined in section 16 of the SISA as being:

an employer [that] … contributes, or would contribute, [to a fund] wholly or partly pursuant to an arrangement between the employer and a trustee of the regulated superannuation fund concerned.

Historically, most employers decided which superannuation fund was used for its employees.

Generally the only time that an SMSF has a standard employer-sponsor these days is where the deed names one. Indeed, many SMSF deed suppliers have a deed or form for participating employers included that requires completion by an employer who wants to contribute to the fund which often evidences such a relationship.

When DBA Lawyers updates SMSF deeds, we carefully draft the documentation to remove the standard employer-sponsor role. This assists in minimising contravention risks.

As you will appreciate, it is easy for this to be contravened where an SMSF has individual trustees (eg, if an individual mixes their own assets with those of the SMSF).

Therefore an SMSF that has a sole purpose corporate trustee and a DBA Lawyers deed is almost always guaranteed to comply with these rules. Small wonder the ATO state on their website:

The easiest way to comply with these rules is for your fund to have a company set up solely for the purpose of being the corporate trustee of the fund. If there is a change in directors of the company, you don’t have to change the name on the ownership documents for each fund asset as the trustee of the fund is still the same.

At 30 June 2013, almost 76% of all SMSFs had individual trustees rather than a corporate trustee…

Analysis shows over time there has been a consistent shift away from corporate trustees. In the three years to 2013, there was a 1% decline in SMSFs registering with a corporate trustee. Approximately 90% of newly registered SMSFs in 2013 had individual trustees.

Facebook0
Twitter0
Google+0
LinkedIn0
ATO ID 2014/6 and the latest on financial dependency … including grandchildren
TR 2010/1: Did the ATO get it right? Liwszyc v Commissioner of Taxation tells all!