Australian Taxation Office Interpretative Decision ATO ID 2014/6 provides insights into when a person is financially dependent on someone else. However, it might not provide the ‘full’ picture for many seeking answers about financial dependency. The article seeks to fill in the gaps. 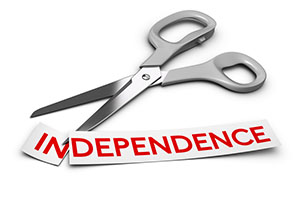 The issue raised was:

Is a taxpayer in receipt of Youth Allowance at the time of the death of a parent, a death benefits dependant of the parent for the purpose of section 302-195 of the Income Tax Assessment Act 1997 (ITAA 1997)?

Yes. On the facts given, the taxpayer is a death benefits dependant of the parent for the purpose of section 302-195 of the ITAA 1997.

The ATO reasoning was as follows:

Dictionary definitions of ‘dependant’ make reference to substantial financial support. That dependency involves substantial financial support or maintenance is supported by passages in the Explanatory Memorandum to the Income Tax Assessment Amendment Bill (No.3) 1984 and Explanatory Memorandum for Taxation Laws Amendment Bill (No. 5) 1987.

Naturally, this is good news for taxpayers.

However, it is probably not overly helpful, as the child was almost certainly already a death benefits dependant of the parent under an alternate test, namely, ‘interdependency relationship’ in section 302-200 of the Income Tax Assessment Act 1997 (Cth).

The bigger question is whether a grandchild can be financially dependent upon a grandparent (especially due to the payment of school fees).

ATO ID 2014/6 emphasises that the ATO want to see ‘substantial financial support or maintenance’ in order to accept that there is financial dependency.

I now consider what is ‘financial dependency’ especially in the context of grandchildren.

The meaning of financial dependency

Case law tells us that financial dependency is a question of fact, and does not require that the other person had an obligation to support the first person. Additionally, the fact that one person has income or separate wealth of their own will not necessarily mean they are not financially dependent on another. Whether somebody is financially dependent on another is a question of whether there was actual ‘maintenance and support’. This article discusses the ATO view, which will be the first hurdle if one claims a grandchild to be a dependant of their grandparent. It should be noted, however, that the Commissioner of Taxation’s view does not necessarily reflect the law.

The Commissioner has not expressed a detailed view on financial dependency in a public ruling (other than ATO ID 2014/6 and similar materials). However, a number of private binding rulings (‘PBRs’) show the use of the following test: ‘financial dependence occurs where a person is wholly or substantially maintained financially by another person’. It appears from this that being ‘substantially’ maintained financially will be enough. However, these rulings appear to go further, stating the test is also as follows:

It appears that after some elaboration in the rulings, a strict approach is taken. But what has the outcome of the rulings told us? This article sets out where one should stand in the ATO’s view.

Only the necessities of life are relevant

It was explicitly stated in PBR 18688 that ‘issues of ‘quality of life’ in terms of ‘enjoying a reasonable standard of living’ cannot be taken into account and are irrelevant for the purpose of determining whether the trustee can be treated a dependant.’

Another PBR (64085) has shown that paying for social outings, medication, pocket money, chocolate, music CDs and ‘costs for football’ will not count.

A further example is PBR 40376, where amounts spent ‘tended to be on luxury items such as entertainment, rather than the child’s day to day living expenses’. Financial dependence was not made out. The ruling went on to state: ‘the person was not so much maintaining the child’s standard of living, but rather improving it, hoping to give the child the best chance of a happy and successful life…’

Expenditure relating to schooling is naturally of interest in the question of a grandchild being dependent on their grandparent. Again in 64085, the deceased’s contribution in paying for school books, school lunches and school uniforms did not matter. However, in 52530, payment of school fees was relevant in finding financial dependency, along with paying for necessary food, shelter and clothing expenses. It remains to be seen whether paying private school fees alone, being significantly higher than government school fees, can go toward financial dependency in the ATO’s view. It seems a fair inference that the Commissioner would not count this, as it is not strictly necessary for a child to attend a private school.

It has been reiterated in many PBRs that the financial support must be substantial. This has in fact been applied in a literal and numerical way. For example, contributions toward a person have been described as not ‘significant’ where they represented only a ‘factually small percentage of the value of the total annual income of the household during this period’. Other instances where financial dependency was not made out were where the ‘bulk’ of the money for the rulee’s living expenses came from welfare benefits.

In addition, if a grandchild lives in a dwelling along with others, any contributions made by a grandparent towards the associated expenses of the dwelling have to be prorated for the others living there before they can count towards support of the grandchild (PBR 57857).

Regularity and continuity is important

From all the rulings discussed, the ATO have required one to show reliance on regular and continuous contributions. Therefore, a grandparent should be able to show that they financially met or substantially helped to meet the basic needs of the grandchild regularly and over a period.

Lack of evidence — the classic pitfall

Retaining evidence of a grandparent’s expenditure on a grandchild will be critical to proving financial dependency. Additionally, the rulings indicate that where expenditure is asserted but not itemised, it will be difficult to convince the Commissioner that payments went toward the daily essential needs of the grandchild.

Certain tribunal decisions and case law suggests that at least partial financial dependency can arise where financial contributions were made that assisted a person to maintain their normal standard of living, even if that standard was above the necessities of life (Malek and Commissioner of Taxation (1999) 42 ATR 1203), and even if the person could have paid the expenses themselves (Bovaird v Frost [2009] NSWSC 337). On its face, this a different position to that expressed in PBRs. Expert advice should therefore be sought where one’s particular facts do not produce a clear result.

Naturally, seeking to rely on a legal analysis and case law that conflicts with the ATO’s view may result in scrutiny and a potential dispute. A conservative approach would be to seek a PBR, but it is likely the Commissioner would apply the above tests. Upon a negative result of a PBR, an objection is possible. If the result of this is also negative, one could appeal to the Administrative Appeals Tribunal or Federal Court of Australia. Naturally, the review and appeal process could be a costly and time-consuming path.

The position on financial dependency taken by the ATO in ATO ID 2014/6. However, I feel that for many looking to establish financial dependency in other circumstances, it can be quite strict. Unfortunately for well-meaning grandparents, contributions that merely improve the quality of a grandchild’s life may not be enough. The Commissioner’s view indicates that for a grandchild to be dependent on their grandparent, the grandparent must, over a period, regularly contribute at least half of the cost of the grandchild’s daily necessities of food, shelter, clothing and (to take a conservative position) government school fees. They must also be able to produce evidence of this. While PBRs do not bind the Commissioner in future, he is likely to continue to apply the same test.

Again, if you want a more detailed consideration of financial dependency, see The Complete Guide to SMSFs and Planning for Loss of Capacity and Death, which considers this in far more detail.