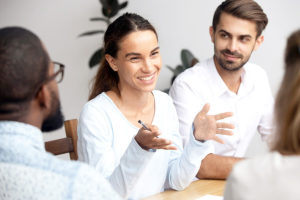 Employers are required to make the minimum superannuation guarantee (‘SG’) contribution for each employee to avoid a shortfall under the Superannuation Guarantee (Administration) Act 1992 (Cth) (‘SGAA’). This appears to be a simplistic rule.

If an employer does not provide the minimum SG contribution, significant penalties apply. The real issue from an employer’s perspective is that the SG is far from simple. It involves a complex mix of superannuation, tax and employment law.

The downside for getting it wrong is potentially disastrous for an employer. The penalties and costs, not to mention the potential adverse stigma of ‘wages/SG theft’, can readily ruin a business. Directors can also be personally liable.

This article provides a brief overview of a number of key SG issues and concludes that the SG regime should undergo a systematic review to make it simpler and fairer.

Who is an employee?

For the SG obligations to apply, the relevant worker must fall within the definition of an ‘employee’ under s 12 of the SGAA. The SGAA adopts the common law meaning of employee. Section 12(3) then expands this definition to include individuals who are employed under a contract that is wholly or principally for their labour.

Broadly, the ATO in Superannuation Guarantee Ruling SGR 2005/1 provides that the following factors must be considered when determining whether a contract for labour exists:

It should be noted that a contractor can readily fall within the scope of the SGAA’s expanded definition of employee unless they qualify as an independent contractor. There are a raft of cases that have considered these aspects and each case generally turns on the particular facts.

Whether a person is an employee or alternatively an independent contractor is to be answered by reference to an objective assessment of the nature of the relationship that person has with the entity that takes the benefit of that person’s work. Either the relationship is between an employee and an employer or the relationship is between an independent contractor and its client. Whether a person falls on one side or the other of that binary divide is often a question which may not be easy to answer. It is important that in attempting to arrive at the right answer, the correct interpretative tools are utilised.

Indeed, Bromberg J held at [201] that the modern approach to defining an employment relationship is ‘multi-factorial’ and it is the ‘totality of the relationship which is to be considered’.

Accordingly, careful consideration of a multitude of different factors must be taken into account when determining whether an employer or a principal under a contractor arrangement have SG obligations.

Due to the complexity of the law and the downside of getting this wrong, many employers/principals will generally only engage a contractor who operates via a company. Employers/principals are generally too fearful of engaging an individual who claims to be an independent contractor as applying the multi-factorial, legally complex test of who is an employee/independent contractor is likened to being exposed to ‘being cut by a thousand swords’.

Broadly, SG is payable by an employer on an employee’s ordinary time earnings (‘OTE’), which typically includes remuneration paid to an employee in relation to ordinary hours of work.

Pursuant to s 6(1) of the SGAA, OTE includes earnings in respect of ordinary hours of work and over-award payments, shift-loading and commissions. Generally, SG does not apply to overtime payments.

The relationship between OTE and ‘salary or wages’ involves some complexity. The ATO confirm in SGR 2009/2 that an amount only forms part of an employee’s OTE if it is ‘salary or wages’. However, ‘salary or wages’ may also include amounts that are not OTE. The ATO classify some 34 different employer payments into ‘salary or wages’ or ‘OTE’ in paragraph [78] in Appendix 1 of SGR 2009/2. This analysis shows some of the complexity that relates to the SG regime as each different type of payment has to be analysed to determine whether it is, or is not, covered by the SG regime. For example, a lump sum payment in relation to unused sick or annual leave paid on the termination of employment is excluded from OTE.

The Federal Court undertook an examination of OTE in Australian Workers’ Union v BlueScope Steel (AIS) Pty Ltd [2018] FCA 80. Broadly, this case involved a consideration of whether additional hours included in annualised salary and public holiday payments were OTE. It was initially held by Flick J of the Federal Court that the employer BlueScope Steel should have made contributions in respect of additional hours and public holiday components as these constituted OTE. However, this decision was recently set aside on appeal by the Full Federal Court holding the payments were not OTE. As you would appreciate, not many employers would have the resources to contest these finer points of law.

What if things go wrong?

Employers are required to make SG contributions on at least a quarterly basis within 28 days after the end of each quarter. Being one day late can expose an employer to substantial penalties including a 200% penalty of the usual SG shortfall payable.

Moreover, employees may nominate the superannuation fund into which they would like the SG contributions paid. An employer who fails to provide an employee with a choice of fund is exposed to further significant penalties.

Where an employer fails to make the minimum level of SG contributions for a particular quarter, they are liable for the superannuation guarantee charge (‘SGC’). The SGC is calculated as follows:

Interestingly, when the 10% rate was set, this reflected prevailing rates of expected returns from investments. Given the current much lower prevailing rates of return, many employees may want their employers to fail to satisfy the SG rules, so they get a guaranteed 10% p.a. return.

In addition to the SGC, failure to contribute the minimum 9.5% of an employee’s OTE can also result in the following liabilities:

Indeed, these penalties and liabilities should not be taken lightly as they apply regardless of whether the failure to make the SG contributions was an innocent mistake, a misunderstanding in applying the complex legislative provisions, or deliberate avoidance. Notably, the Commissioner does not have discretion to remit the SGC. As discussed above, the cumulative effect of these penalties can be crushing on a business.

The calculated SGC can be particularly burdensome, given that it is calculated using the employee’s ‘salary and wages’ compared to their OTE. The calculated amount can be considerably greater if the relevant employee is paid for overtime and other amounts that do not constitute OTE (refer to the complex appendix 1 in SGR 2009/2 at [78]).

As evidenced above, navigating the SG regime is complex and determining whether SG obligations apply can be particularly onerous on employers. As the SG provisions are difficult to understand and complex to administer, inadvertent errors are likely to arise.

The STP framework was introduced to increase transparency in relation to employer SG obligations. Under this framework, small employers (19 or fewer employees) and large employers (20 or more employees) are now required to provide the ATO with real time information on employer PAYG and superannuation obligations.

Please see the following article for some further information:

Pursuant to s 384–10(1) of Schedule 1 of the TAA, where an employer has failed to comply with its SG obligations, the Commissioner can issue a direction to the employer to undertake an approved education course. Following completion, the employer must provide proof, and failure to comply with an education direction can result in administrative or criminal penalties.

The ATO has developed an online education course to provide further information around superannuation obligations to employees, located at the following link:

As previously mentioned, where an employer has failed to pay an SGC, the Commissioner may issue a direction to pay the charge within a specific period, pursuant to s 265–90(1) of Schedule 1 of the TAA. If this direction is not complied with within the specified time period, a penalty of $10,500 and/or 12 months imprisonment may be imposed by the ATO.

The SG penalty regime is strict, unforgiving and severe penalties can be imposed for even innocent mistakes.

The SG regime should undergo a systematic review to make it easier for employers to understand and comply with their obligations. In conjunction with making it simpler, the SG regime should be made more flexible and with more sympathetic penalties levied.

Facebook0
Twitter0
Google+0
LinkedIn0
Penalty interest and TR 2019/2 in the context of SMSFs with LRBAs
Reversionary pension v BDBN: which one wins?