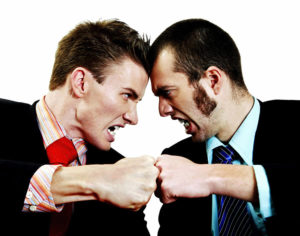 The reasoning is to do with several often overlooked laws. This article aims to address some of these laws, as well as offer a practical solution.

If the SMSF deed provides that reversionary pension documentation overrides any BDBN, that may well be the case for that particular SMSF. However, that might not be in anyone’s best interests, and could result in significant liability for advisers.

Ultimately, what matters is what a judge thinks.

An analogous Queensland decision from 2007 provides insights. In Dagenmont Pty Ltd v Lugton [2007] QSC 272 the trustee of a discretionary trust executed an instrument stating that it would pay a person an amount of $150,000 annually. The validity of this was challenged.

Chesterman J summarised the law behind the challenge as follows:

According to the Law of Trusts by Underhill and Hayton 16th edition (p 690):

… it is trite law that trustees cannot fetter the future exercise of powers vested in trustees ex officio …  Any fetter is of no effect.  Trustees need to be properly informed of all relevant matters at the time they come to exercise their relevant power.

Trustees must exercise powers according to circumstances as they exist at the time.  They must not anticipate the arrival of the proper period by … undertaking beforehand as to the mode in which the power will be exercised in futuro.

Professor Finn (as his Honour then was) in his work Fiduciary Obligations wrote (at para 51):

Equity’s rule is that a fiduciary cannot effectively bind himself as to the manner in which he will exercise a discretion in the future.  He cannot by some antecedent resolution, or by contract with … a third party – or a beneficiary – impose a “fetter” on his discretions.

Speaking generally, a trustee is not entitled to fetter the exercise of discretionary power (for example a power of sale) in advance:  Thacker v Key (1869) LR 8 Eq 408;  In Re Vestey’s Settlement (1951) ChD 209.  If the trustee makes a resolution to that effect, it will be unenforceable, and if the trustee enters into an agreement to that effect, the agreement will not be enforced (Moore v Clench (1875) 1 ChD 447), though the trustee may be liable in damages for breach of contract …

A trustee must not permit others, especially the beneficiaries, to dictate the manner in which his or her fiduciary discretion ought be exercised. For this reason, a trustee must not bind himself or herself to a future exercise of the trust in a prescribed manner which is determined by considerations other than his or her own conscientious judgment at that future time regarding what is in the beneficiaries’ best interests

Trustees must not permit others, especially the beneficiaries, to dictate to them the manner in which the fiduciary discretion ought be exercised. Trustees must not bind themselves contractually to exercise a trust in a prescribed manner, to be decided by considerations other than their own conscientious judgment at the time, regarding what is in the best interests of the beneficiaries. [2] For example, in Re Stephenson’s Settled Estates (1906) 6 SR (NSW) 420; 23 WN (NSW) 153, Street J held that it was a breach of trust for trustees with a power of sale to enter into a contract binding them to sell trust property for a fixed price at a specified future date.

Naturally, it is possible for an SMSF trust deed to alter the above ‘default’ position and to instead allow a trustee’s discretion to be bound. (Incidentally, that was exactly what happened in Dagenmont and why the challenge in that case failed.)

Most SMSF deeds drafted in the last 20 years have provisions allowing a member to bind a trustee’s future discretion pursuant to a BDBN. However, there is a lot more variability and vagaries as to what SMSF deeds might provide regarding reversionary pensions.

What if the SMSF deed provides pension documentation overrides any BDBN?

As noted above, if a specific SMSF’s deed provides that pension documentation overrides any BDBN, that might well be the case for that specific SMSF. However, we ask whether such a provision is in anyone’s best interests.

Consider the following situation. You are an accountant with a limited AFSL. Your client has made a BDBN in favour of her estate. Your client tells you that upon her death:

You prepare pension documentation stating that her pension reverts to her husband.

The client’s executor states that had the deceased been fully aware of all relevant information and of all of her legal rights and obligations, she would not have signed the pension documentation. You now face two unenviable options. You can either:

Unenviable option 1 (you have committed a crime): say that you DID advise the deceased of all relevant information and all of her legal rights and obligations and then drafted the pension documentation. If so you have almost certainly engaged in legal practice. In Victoria, it is an offence punishable by, among other things, up to two years in prison for someone who is not an Australian legal practitioner to engage in legal practice (Legal Profession Uniform Law Application Act 2014 (Vic) sch 1 s 10(1)). Similar punishments apply in all other jurisdictions.

Unenviable option 2 (you are negligent): say that you did NOT advise the deceased of all relevant information and all of her legal rights and obligations but you nevertheless drafted the pension documentation. If so you might well have breached your duty of care owed not just to the deceased, but also to the deceased’s dependants, executor and any beneficiaries of the deceased estate (see Hill v Van Erp (1997) 188 CLR 159). You may be liable to them under (among other things) the tort of negligence for any loss, damages and costs suffered.

It is critical to be very aware of the limitations of what a non-lawyer can do.

Consider a client who wants a ‘simple’ BDBN or a ‘simple’ pension reversion. With a proper product disclosure statement, disclaimers, warnings and file notes, it may well be possible for you as a non-lawyer to:

However, even then you would be well advised to recommend the client have these documents settled by their estate planning lawyer. The moment things become more complex, it is extremely risky to proceed without a lawyer providing the ultimate advice and the ultimate ‘sign off’ in respect of the pension documentation and the BDBN.

If you are a non-lawyer and you are involved in documentation attempting to direct that, for example, some pension is paid one way upon death (eg, to a spouse) and accumulation benefits are paid another way (eg, to an estate) you should adopt the absolute highest level of caution. You should be extremely reluctant for the ‘buck to stop’ with you or your firm. To properly implement this situation almost certainly constitutes engaging in legal practice and it should a lawyer who bears the final risk (if for no other reason, the lawyer — unlike you — will be covered by appropriate insurance for legal work).

Your firm’s procedures and quality control notes should reflect this.

There can be significant advantages in having an SMSF deed that expressly states that a BDBN overrides inconsistent pension documentation. We have already written about this in previous articles and no doubt we will write about this again in future articles.

It is incorrect to believe that pension reversion documentation will always override BDBNs.

Ultimately though the SMSF deed will play a very important role. However, an SMSF deed that provides that pension documentation will override a BDBN can cause a non-lawyer to bear significant legal risks.