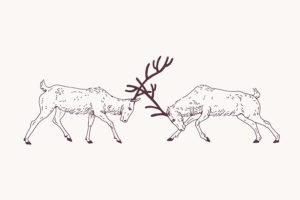 Imagine a conflict between pension documentation and a binding death benefit nomination (‘BDBN’) in a self managed superannuation fund (‘SMSF’) context. For example, the pension documentation states that the pension is reversionary to the surviving spouse; however, the BDBN states that the death benefits are to be paid to the estate. Generally, the question of which document takes priority is decided by considering both documents, as well as the governing rules of the SMSF. However, this article explores whether a BDBN taking priority over pension documentation should be the preferred approach for SMSF members, accountants and financial planners by considering some examples.

Which approach is more cost-effective?

Some accountants/advisers take the view that it is more cost-effective to have pension documentation overriding a BDBN. It is true that there are many document suppliers and even accounting software that can generate pension documentation for very little or even no cost. On a surface level, this view may seem quite attractive. However, consider the following example.

Further, advising on the commencement of a pension may also raise Australian financial services licence (‘AFSL’) implications for the accountant/adviser.

Also, the Australian Taxation Office has expressed a strict view in TR 2013/5 on when a pension is automatically reversionary. Not all document suppliers and accounting software can generate pension documentation that guarantees that a pension is automatically reversionary. A brief resolution after the pension documentation is executed might not be enough to change the ‘reversionary’ status of the pension.

In contrast, consider the approach where the SMSF’s governing rules provide that the BDBN overrides the pension documentation. This example reflects the approach taken by DBA Lawyers.

The template BDBN form (which DBA Lawyers includes with its package for its SMSF governing rules) provides an option to tick. If ticked, it means all the member’s account-based pensions and transition to retirement income streams that they are receiving just before their death are automatically reversionary to the member’s spouse. When completing the BDBN form, the member ticks this box to select this option.

As the BDBN covers all the member’s pensions, this strategy is both cost-effective and legally-effective.

Naturally, the wording in the documentation is extremely important to enable a BDBN to override the pension documentation. In particular:

Which approach involves more risk for the accountant/adviser?

Assume that the SMSF’s governing rules provide that the pension documentation overrides the BDBN. The SMSF member sees a lawyer for succession planning advice. The lawyer prepares the following documents for the SMSF member:

The SMSF member dies. The executor of the member’s estate has a duty to maximise the value of the estate and believes that the pension documentation prepared by the accountant has ruined the detailed succession planning undertaken by the SMSF member.

The accountant is faced with the following questions:

These are tricky questions that no accountant/adviser would wish to face.

In contrast, consider the likely outcome where the SMSF’s governing rules provide that the BDBN overrides the pension documentation.

Assume the same circumstances as Example 3, but with the following variations:

When the SMSF member dies, the amounts supporting the pension interest would be paid in accordance with the BDBN. The result would have been consistent with the intention of the SMSF member (and the lawyer).

Accordingly, these examples demonstrate that taking the approach where the pension documentation overrides the BDBN could expose the accountant/adviser to additional risk.

Naturally, for advisers, the Australian financial services licence under the Corporations Act 2001 (Cth) and tax advice obligations under the Tax Agent Services Act 2009 (Cth) need to be appropriately managed to ensure advice is appropriately and legally provided.