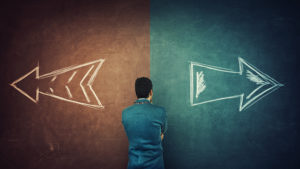 Under the ATO view set out in TR 2013/5, a member’s pension ceases for tax law purposes on their death unless an eligible dependant is automatically entitled to receive the pension as a reversionary beneficiary. A nomination will broadly fail to satisfy the ATO’s strict standard of reversion if any element of discretion arises under the governing rules of the fund in relation to the death benefit. This means, among other things, that the 12-month deferral in the timing of the credit to the recipient’s transfer balance account will not be available.

But the question must be asked: what happens when there is a conflict or inconsistency between a member’s BDBN and what is set out in their pension/nomination documentation?

Accordingly, this article outlines the key considerations for SMSF members and advisers.

Are the documents binding or otherwise legally effective?

As noted above, SMSF members have the option of making nominations in different ways, including in BDBN and pension documents. However, not all documents are created equally.

There are many document suppliers in the SMSF marketplace, including law firms, non-legal SMSF document firms as well as software providers who increasingly offer free templates via their platforms (at the client’s own risk, of course!).

Therefore, it should go without saying that the specific contents and legal effectiveness of nomination and related SMSF documentation in common usage can vary markedly from one supplier to another. Indeed, SMSF members should proceed with caution before relying on a particular document as part of their SMSF succession plan, where appropriate legal input has not been sought.

As a general comment, it should be noted that, at minimum, mandatory language should be present in any purported nomination document which aims to direct the fund trustee in relation to the intended payment of death benefits. More specifically, it is not enough for the documentation to merely record a wish or request. Rather, it must bind and compel the SMSF trustee in express terms to pay to an eligible beneficiary under superannuation law. The nomination document must also comply with applicable formalities and other rules required to make a binding direction on the trustee under the terms of the SMSF deed, eg, be witnessed by two adult independent witnesses who do not benefit under the nomination. (These are surprisingly common points of weakness in SMSF nomination documents!)

See the following linked article for further information regarding the various pitfalls and difficulties that can be encountered in relation to effective BDBNs: https://www.dbalawyers.com.au/smsf-deeds/the-legal-minefield-of-bdbns-updated/

Naturally, if there is any doubt, expert advice should be obtained to prepare and settle a member’s SMSF succession planning documentation.

Does the documentation satisfy the ATO’s standard for automatically reversionary pensions?

For a pension to be automatically reversionary it is not enough that the documentation is binding simply in relation to the identity of the beneficiary who is to receive the death benefit. This is because the SMSF trustee may still have a discretion in relation to how the death benefit is to be cashed (eg, by way of lump sum and/or pension).

To be legally effective as an automatically reversionary pension (‘ARP’) nomination, the member’s direction to an SMSF trustee must compel the trustee in relation to the payment of the death benefit as a pension (eg, to the surviving spouse) and this must have a proper basis in the SMSF deed (see below).

These aspects are critical preconditions for the continuance of a pension as a reversionary pension in accordance with the ATO’s view in TR 2013/5.

Appropriate powers in the SMSF deed

As an SMSF is a special type of trust, it must be borne in mind that trust law applies, subject to certain qualifications. Accordingly, the starting point is a trustee’s discretionary powers generally cannot be fettered or limited, unless the governing rules expressly provide for such a fetter or limit on exercising powers in relation to the payment of death benefits.

Speaking generally, a trustee is not entitled to fetter the exercise of discretionary power (for example a power of sale) in advance: Thacker v Key (1869) LR 8 Eq 408; In Re Vestey’s Settlement (1951) ChD 209. If the trustee makes a resolution to that effect, it will be unenforceable, and if the trustee enters into an agreement to that effect, the agreement will not be enforced (Moore v Clench (1875) 1 ChD 447), though the trustee may be liable in damages for breach of contract …

Naturally, an appropriately drafted SMSF deed and matching nomination would overcome this limitation and allow the SMSF trustee’s discretion to be fettered at the relevant time.

In DBA Lawyers’ experience, the BDBN rules and powers in a typical SMSF deed are often more robust than the powers for making pensions automatically reversionary. Accordingly, in many cases the average SMSF deed will not provide an adequate foundation for implementing a binding nomination for an ARP that satisfies the ATO’s strict test in TR 2013/5.

Naturally, this is a general observation only and is subject to the specific SMSF deed being examined.

Inconsistency or conflict between documents

All documentation, including BDBNs, pension documents and nominations, as well as relevant estate planning documentation (eg, wills and enduring powers of attorney) should be regularly reviewed by an SMSF lawyer to ensure that they are consistent with the member’s wishes.

However, it is not uncommon for there to be patchy documentation with competing wishes being expressed by the member that can lead to a lack of clarity regarding which document prevails. Any potential inconsistency could provide fertile ground for a dispute and ultimately result in lengthy and costly legal battles.

To address this, it is critical that the terms of the SMSF deed provide rules to expressly address conflicts or inconsistency, especially where a BDBN is inconsistent with an ARP or vice-versa.

Based on the observation above that many typical SMSF deeds lack robust powers in relation to ARPs, there is a view that a properly executed and witnessed BDBN is more likely to be a valid direction on the SMSF trustee than an ARP nomination. This view would likely be borne out under many SMSF deeds, particularly where the pension commencement documents are sourced from a non-qualified supplier of legal documents.

Can an ARP nomination defeat a BDBN?

Notwithstanding the above comments, an appropriately worded SMSF deed can give priority to an ARP nomination in the case of an inconsistency or conflict.

Indeed, we aware of certain SMSF deeds in circulation which take this approach. In broad terms these deeds provide that:

These approaches would produce a different outcome to the one contemplated above in relation to the average SMSF deed which provides an inadequate foundation for an ARP.

For example, a member who has made a BDBN who subsequently commences a pension with a reversionary nomination has effectively varied their BDBN under the terms of this kind of SMSF deed, and the BDBN may be totally undermined.

On the other hand, a member in receipt of a pension that is subject to a reversionary nomination who subsequently prepares a BDBN to reflect their current succession plan could be deeply mistaken in regard to the futility of the BDBN in dealing with all of their pension phase benefits.

For these reasons, DBA Lawyers’ SMSF deed expressly provides that a BDBN can override an ARP nomination to extent of any inconsistency.

The above discussion highlights a number of complexities and nuances that should be considered when documenting a member’s SMSF succession planning wishes, including in relation to ARPs.

Of course, when dealing with death benefits it is important that clear and legally effective documents are in place to ensure the entire document trail stacks up.

As discussed, if there is any uncertainty or inconsistency, costly legal battles can arise which may result in major departures from the member’s wishes and the deterioration of family relationships should the benefits end up in the wrong hands.

Even though reversionary nominations, BDBNs and other similar forms appear to be simple, obtaining quality documentation and advice from a law firm with SMSF expertise can minimise risk, provide greater certainty and reduce costs in the long run.