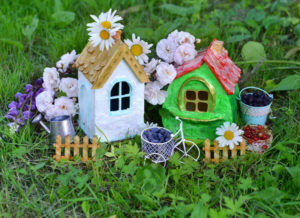 As one of a number of ‘housing affordability’ measures where superannuation is seeking to encourage housing affordability, downsizer contributions were introduced from 1 July 2018 to allow those aged 65 or over to sell their main residence and make up to a $300,000 contribution to superannuation or $600,000 for a couple provided the relevant legislative criteria is satisfied.

Older Australians downsizing from their family homes have contributed $1 billion to their superannuation funds, building up retirement incomes and freeing up housing for younger families, Minister for Housing and Assistant Treasurer, Michael Sukkar announced today.

How do downsizer contributions work?

A member’s ownership interest in a dwelling must be held by individual or their spouse. The ownership interest in the dwelling being sold (ie, broadly, a legal or equitable interest, or a right or licence to occupy the dwelling) must be held by the individual (in respect of whom a downsizer contribution is being made) and/or their spouse, just before the disposal.

Note that a caravan, houseboat or other mobile home does not qualify as a main residence for these purposes. Thus, the grey nomads travelling around Australia in their luxury motor homes, caravans, houseboats or yachts will not be eligible.

Upon the sale or disposal of a main residence a member can make up to a maximum of $300,000 in contributions to their super fund above their usual concessional and non-concessional contribution caps in the relevant financial year. A downsizer contribution must not exceed the lesser of $300,000, or the total capital proceeds that the individual, their spouse, or they both, receive from disposing of their ownership interests in the dwelling.

Further, there is no age limit or gainful employment test that needs to be satisfied (however many SMSF deeds prepared prior to 30 June 2018 preclude such contributions and an SMSF deed update may be required).

Once the member sells their main residence, they are required to make downsizer contributions to their super fund within 90 days after the day the ownership changed (typically 90 days from settlement).

Given this 90 day timeframe, a member cannot make downsizer contributions if settlement is, for instance, on vendor terms or a settlement date that goes beyond the 90 day period unless they have been granted an extension from the ATO.

Upon the super fund’s receipt of the downsizer contribution form the super fund must inform the ATO during the super fund’s annual reporting. The ATO will then run verification checks on the amount and may contact the member for further information.

An approved form should be completed by the contributing member(s) and given to the trustee of the super fund detailing the amount that is to be attributed to downsizer contributions.

If the ATO has verified that the member has made eligible downsizer contributions, no further action is taken.

Tips and traps for SMSFs and their members?

Members should note that disposing of their main residence (which is exempt from Centrelink’s asset test) and contributing downsizer contributions to their super fund (which is counts towards Centrelink’s asset test) may adversely impact on their Centrelink entitlements. This is because the Commonwealth Government’s age pension provided via Centrelink is assessed against, among other things, an assets and incomes test and those who exceed the applicable thresholds will be denied an old age pension in whole or in part.

A person’s family home is generally not included in that person’s assets test, however superannuation savings are included once a member reaches pension age. This means that if a member disposes of their main residence and makes a downsizer contribution, the member may either have:

The current asset test thresholds for the Centrelink age pension are broadly summarised as follows at the time of writing are:

This aspect significantly reduces the attractiveness of the downsizer provisions for those who would be worse off as a result of a loss to their age pension entitlements. For example, a couple disposing of a dwelling valued at $600,000 to contribute to superannuation when they have $471,000 of assets and then deciding to rent for a period of time would be denied an age pension as their assessable assets for Centrelink purposes would exceed the maximum $1,070,500 threshold in the above table.

It is also important to note that s 292-102 also provides that a downsizer contribution can also be made if the dwelling was a pre-CGT asset (ie, it was acquired prior to 7.30pm on 19 September 1985 when CGT was first introduced via press release by the then Treasurer Mr Paul Keating). The ATO confirm this in LCR 208/9 as follows:

This results in a net capital gain on disposal of the asset and capital gains tax as follows to Peter:

As can be seen from the above example, Peter will pay CGT of $141,000 if he disposes of his residence to make a downsizer contribution and this has to be factored into each client’s particular strategy unless the residence was the person(s) main residence for their entire holding period.

If a dwelling is transferred from a ‘transferor’ spouse to a ‘transferee’ spouse for no consideration, the transferor is still, for CGT purposes deemed to have received the market value of that asset under the market substitution rule in s 116-20 of the ITAA 1997. The following is an extract of this provision:

(a)     the money you have received, or are entitled to receive, in respect of the event happening; and

(b)     the *market value of any other property you have received, or are entitled to receive, in respect of the event happening (worked out as at the time of the event).

Conversely, the ‘transferee’ spouse obtains a cost base equivalent to the market value deemed to have been paid under s 112-20 of the ITAA 1997. The following is an extract of this provision:

(1)     The first element of your *cost base and *reduced cost base of a *CGT asset you *acquire from another entity is its *market value (at the time of acquisition) if:

(c)     you did not deal at *arm’s length with the other entity in connection with the acquisition.

In some jurisdictions such as Victoria, a duty concession may be available for the transfer of a person’s principal place of residence where there is, among other things, no consideration provided in relation to that spouse to spouse transfer. Thus, where, say a husband transfers his main residence which is valued at $1 million (which qualifies for the main residence exemption and has been held for more than 10 years) to his wife, the husband is deemed to have received $1 million in capital proceeds under s 116-20 and the wife is deemed to have a cost base of $1 million under s 112-20 for CGT purposes.

The question might therefore be asked, can the husband who is over 65 years make a downsizer contribution?

The ATO has responded to this scenario in LCR 2018/9 as follows (with emphasis added):

Note that a proposed amendment to s 292-102(3) is included in the exposure draft of Treasury Laws Amendment (Measures 3 for a later sitting) Bill 2019 that will disregard the market value substitution rule in s 116-30 to the extent it would increase the capital proceeds for the purposes of the downsizer provisions. Broadly, if enacted, this amendment will result in the actual consideration constituting the capital proceeds. This change is proposed to take effect from the date of royal assent of this Bill and is therefore not retrospective.

In kind or in specie contributions

Downsizer contributions may be able to be made as an in-specie contribution; for example, if the capital proceeds have been used to purchase an asset (such as listed securities and business real property acquired at market value), that asset can be contributed.

Naturally, the prohibition against related party acquisitions in s 66 of the Superannuation Industry (Supervision) Act 1993 (Cth) must be complied with. As noted, listed securities and business real property acquired at market value are the key exceptions to this prohibition.

For example, Peter bought his main residence 14 years ago for $1 million. He then sells it for $1.25 million when his outstanding borrowings are $1 million.

Peter received capital proceeds of $1.25 million. Thus, he can make downsizer contributions of up to $300,000.

Members should also be aware that downsizer contributions are not deductible.

As the downsizer contribution is a relatively new type of contribution, the SMSF’s deed should have express wording that allows members to make these contributions to the fund, especially as a member over 65 years may not be gainfully employed and in many cases a member may be in excess of 75 years (and prior to 1 July 2018 contributions could not generally be made for members over 75 years under reg 7.04 of the Superannuation Industry (Supervision) Regulations 1994 (Cth)). Additionally, the SMSF deed should provide appropriate mechanisms to resolve what happens when a downsizer contribution is deemed ineligible by the ATO.

Naturally, since superannuation advice can readily fall within financial product advice unless you fall within a relevant exemption, non-licensed advisers need to ensure they comply with the relevant Australian financial services licence (‘AFSL’) requirements of the Corporations Act 2001 (Cth). One method of minimising risk here is to recommend your client in writing to obtain advice from an adviser with an AFSL before proceeding with your advice with an appropriate disclaimer.

For a prior article on this topic refer to How will downsizer contributions work for SMSFs?