By Bryce Figot on 04/03/2014 in ATO, Limited recourse borrowing arrangements 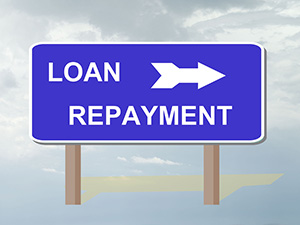 Can an asset be left in an LRBA bare/holding trust once the loan is paid off?

The short answer is probably going to soon become yes.

I will explore this fully in this article. In exploring this, a very critical tip for advisers emerges: it is vital that the deposit is paid from a bank account in the name of the SMSF. This is despite recent draft legislative changes that will allow the asset to stay in the bare/holding trust after the loan is paid off (see http://www.ato.gov.au/Super/Self-managed-super-funds/In-detail/News/General-information/Limited-recourse-borrowing-arrangements/).

To counteract this in-house asset concern, the legislature added an exception to the in-house rules. See s 71(8) of the Superannuation Industry (Supervision) Act 1993 (Cth). It broadly provides that an investment in a related trust that was made in order to meet the LRBA requirement is excepted from constituting an in-house asset.

The problem: when the loan is paid off

It has been put to the ATO that they should ignore the bare/holding trust and treat the SMSF as if the SMSF trustee owned the underlying asset itself. Although the ATO stated that they would discuss the issue further, they also said that when the loan was paid off, the SMSF would then have an in-house asset. See item 6.2 of the September 2010 NTLG (superannuation subcommittee) minutes.

The strict effect of this has been that, when the loan is paid off, the asset must typically then be transferred from the bare/holding trustee to the SMSF trustee.

It proposes to alter the legislation so that s 71(8) would continue to excuse the investment in the bare/holding trust from constituting an in-house asset even after the loan is paid off.

Why the fix is important

Naturally, such a transfer would give rise to various transaction costs, including conveyancing fees.

The problem is that the relevant revenue authority, in determining whether or not to grant the stamp duty exception/concession, might want to see bank statements in the name of the SMSF showing the payment of the deposit. For example, the Victorian SRO Evidentiary Requirements Manual states that they want to see:

Copies of relevant financial statements and other evidence showing the source of purchase money, including the deposit monies.

Without a bank statement showing the deposit leaving the bank account in the name of the SMSF, eligibility for the stamp duty exception/concession may be jeopardised.

Some wish to leave the asset in the bare/holding trustee’s name, even after the loan is repaid. This legislative fix would mean that doing so would not cause in-house asset issues from a superannuation law point of view.

If an asset is left in a bare/holding trust, can the asset be ‘replaced’?

One of the requirements of LRBAs is that the asset being acquired cannot be replaced during the life of the loan.

If the asset is subdivided, or otherwise fundamentally altered, the ATO considers this to be a replacement. See ATO self managed superannuation fund ruling SMSFR 2012/1. Accordingly, SMSF trustees that want to significantly improve/alter assets they acquired with LRBAs must first discharge the borrowing.

However, under the proposed change to the law, this might not be allowable if the asset is left in the bare/holding trust.

The draft legislative fix states that in order for the investment in the bare/holding trust to not be an in-house asset once the loan is repaid, s 71(8) must have had the ability to apply ‘but for the fact that that borrowing has been repaid’. However, in order for s 71(8) to apply, the asset acquired must not have been replaced!

Therefore SMSF trustees that wish to borrow in order to acquire an asset, and then one day proceed to fundamentally alter the asset, may still have to transfer the asset from the bare/holding trustee to the SMSF trustee. If they do, they should naturally ensure they have all the relevant evidence to support their duty exception/concession.

The proposed legislative change could be very positive in that it will allow an asset to be left in a bare/holding trust even after a loan is repaid without resulting in an in-house asset issue. However, the proviso is that asset might not be able to be replaced. Thus, SMSF trustees that wish to ‘replace’ (eg, by way of improvement) the asset may still need to transfer the asset from the bare/holding trustee to the SMSF trustee.

In order to help ensure that this subsequent transfer can occur with minimum unnecessary stamp duty, it is vital the initial deposit was paid from a bank account in the name of the SMSF.

We are also hoping the ATO will soon clarify that once the loan is fully repaid under a limited recourse borrowing arrangement that there will be no further need to worry about this issue. Here’s hoping for a positive and practical resolution.

Facebook0
Twitter0
Google+0
LinkedIn0
TD 2013/22 & ID 2012/16: ATO confirms that each contribution made to a reserve requires an objection
Super contributions can now be made for those aged 75+