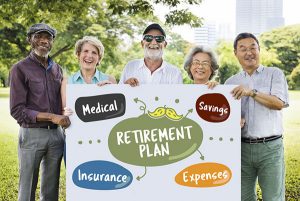 The transition to retirement income stream (‘TRIS’) is entering a new era on 1 July 2017 where most will want the TRIS to enter retirement phase as soon as possible to gain access to an earnings tax exemption. A new law has provided a roadmap for this TRIS reclassification, but quirks and traps still exist.

Rationale for the TRIS

The rationale for initially introducing the TRIS was to provide people with some limited access to their superannuation monies (in the form of a pension) upon attaining their preservation age, without the person needing to retire.

Prior to 1 July 2017, there have been many who have sought to commence a TRIS on attaining preservation age. During this period, a fund has been exempt from the usual 15% income tax in respect of the earnings on assets supporting the TRIS.

However, from 1 July 2017, earnings on assets supporting a TRIS will no longer be eligible for the exempt current pension income exemption (pension exemption). Only retirement phase pensions, such as account-based pensions (‘ABPs), will be eligible for the pension exemption. In particular, a TRIS is expressly excluded from being in the ‘retirement phase’ under s 307-80(3) of the Income Tax Assessment Act 1997 (Cth) (‘ITAA 1997’).

In explaining these changes, the explanatory memorandum to the Treasury Laws Amendment (Fair and Sustainable Superannuation) Bill 2016 (the formal explanation that accompanied the 2016 law changes) states:

14.273 TRIS were intended to help older workers transition to retirement by allowing them to access their superannuation to supplement a reduction in their salary from working fewer hours. In practice these arrangements are used almost exclusively to reduce tax payable without a reduction in working hours, and to take advantage of the tax free earnings in retirement phase.

14.274 Reducing the tax concessional nature of TRIS would ensure they are fit for purpose and not primarily accessed for tax minimisation purposes.

Due to this difference in tax consequences of a TRIS compared to an ABP, many might want to be able to access an ABP as soon as possible and thereby access the tax-free earnings phase. The main conditions of release required to commence an ABP are to retire for the purposes of superannuation law or attain 65 years of age. The question is then: what is needed at this point to convert a TRIS to an ABP?

New law allows ‘auto-conversion’ of a TRIS for tax purposes

The Treasury Laws Amendment (2017 Measures No. 2) Bill 2017 was passed on 15 June 2017 and received royal assent on 22 June 2017. The new law is premised on the assertion in the explanatory memorandum that a ‘superannuation income stream that is established as a TRIS will always retain its character as a TRIS [and a TRIS is prevented from being] in the retirement phase even after the holder later satisfies a condition of release with a nil cashing restriction’. However, the new law fixes this problem by allowing a TRIS to enter retirement phase (and gain the pension exemption at the fund level) when the member:

For the other conditions of release, ATO deputy commissioner for superannuation Kasey Macfarlane has stated that some form of written notice is required to be given to the trustee before the TRIS counts as being in the retirement phase. Constructive notice or knowledge is not considered sufficient for SMSFs. This is a hurdle to pass before the pension exemption can apply, but it also prevents transfer balance cap credits arising before the trustees are ready.

Does the 10% TRIS maximum still apply?

Under some pension documents, the 10% maximum will be hard-wired in to the rules for trust law and/or contract law purposes. The newly passed law only allows a TRIS to enter retirement phase for tax law purposes and does not vary the hard-wired requirements of certain TRIS documents and deeds (which can also prescribe TRIS rules). In order to not be in breach of one’s own documents, a documented conversion of the TRIS to an ABP is required. While the explanatory memorandum to the new law stated that a ‘TRIS will always retain its character as a TRIS’, this should not be read into too heavily since the explanation does not constitute the law and also needs to be taken in context as meaning that a TRIS retains its character as a TRIS unless new documents actually convert the TRIS to an ABP, or the TRIS contained express provisions that converted it automatically or from the time of a notification.

Will some TRIS members need to notify their SMSF trustees (typically themselves) on 1 July 2017?

Under the new law and the ATO’s analysis, even though SMSF members will typically be the same people as the trustee or directors, some TRIS recipients needed to notify the SMSF trustee in writing on 1 July 2017 in order to continue to get the pension exemption from 1 July 2017. In particular, those who have already met the conditions of release of retirement, permanent incapacity or terminal medical condition, and who are receiving a TRIS, will have needed to write to the SMSF trustee on 1 July 2017 in order for the pension exemption to continue. This notification requirement is also present for TRIS recipients who meet one of these conditions of release after 1 July 2017. That is, simply meeting these conditions of release is not enough to convert a TRIS to an ABP. The law also requires notification.

A legal personal representative of a member can also write to the trustee on the member’s behalf. This should ideally also be permitted by the SMSF deed.