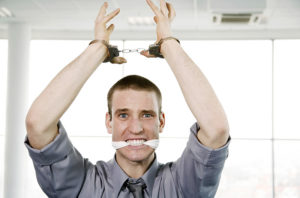 This article examines the nature of disqualification and what convictions can preclude a person from forever being an SMSF trustee/director. Given the serious consequences of disqualification, it is important to consider the circumstances in which a person may have been automatically, and even unknowingly, disqualified.

SMSF members should also consider their children as a child who gets caught out with a petty conviction may subsequently discover that they can no longer be or become a member of their parents’ SMSF. This might seriously impact the family’s succession plans.

What is a ‘dishonest’ offence?

A person can be disqualified if they are convicted of an offence involving dishonesty. This is regardless of whether the conviction was in Australia or anywhere overseas. There is also no time limit that applies –– a conviction in one’s youth even if they are under 18 years of age can forever preclude that person from becoming an SMSF member.

Unfortunately, there is no clear guidance on what convictions constitute ‘dishonesty’, and indeed, ‘dishonest conduct’ is not defined in the legislation. However, the ATO has provided several broad examples of such convictions, including ‘fraud, theft and illegal activities or dealings’. Notably, disqualification can occur for convictions occurring at any time, including convictions that were not recorded by the court for reasons of the person’s age or due to the conviction no longer being publicly available.

While dishonesty may be apparent or obvious in many cases, there is often some grey areas where the specific intent and severity of certain acts may not readily constitute dishonesty and require expert advice to determine whether there is an issue.

For example, is a teenager who is convicted of fare evasion on public transport forever precluded from being a member of their family’s SMSF?

If we refer to the Explanatory Memorandum of the legislation there is guidance including an example of a minor (under 18 years) shoplifting 20 years ago charged with an offence involving dishonesty that would disqualify them as an SMSF trustee/director.

This raises an interesting dilemma in terms of comparative culpability, as arguably a violent assault or even murder could be done without dishonest intent, and therefore would not result in disqualification.

Should the legislation be designed to apply this strictly? Are there any exceptions to being disqualified?

Generally, a person convicted of an offence involving dishonest conduct is a disqualified person for life. However, there is one important exception in cases which do not involve ‘serious dishonest conduct’.

Serious dishonest conduct is an offence where the penalty imposed can involve a term of imprisonment for more than two years or a fine of more than 120 penalty units. This equates to a monetary penalty of $25,200 (a penalty unit is $210 on 1 July 2019 and this amount is indexed each 1 July).

In a case where the dishonest conduct was not deemed ‘serious’ (ie, it involves less than 2 years imprisonment or less than 120 penalty units) an application can be made to the ATO seeking a waiver of the disqualified person status. Such an application must be made within 14 days of the conviction, unless good reason for the delay is provided to the ATO’s satisfaction. (See, for example, Mourched v FCT [2014] AATA 223 where the ATO refused to grant an extension of time beyond the 14 day deadline).

It is also important to note that a person’s legal personal representative (eg, an attorney acting under an enduring power of attorney) is also precluded from being a replacement trustee/director in place of a member who is a disqualified person, which generally forces a disqualified person to forever cease to be an SMSF member within a 6 month period of their conviction. This is based on the usual 6 month grace period that an SMSF has to restructure to comply with the trustee-member rules in s 17A of the Superannuation Industry (Supervision) Act 1993 (Cth) before ceasing to be an SMSF. That is, a member who is convicted of an offence involving dishonesty must cease immediately from being an SMSF trustee/director but the SMSF will not contravene s 17A until after a 6 month period.

Are there any other options?

Where an SMSF has a member who is a disqualified person who cannot obtain a waiver, the following options are available:

Note that any corrective action must generally occur within six months of disqualification.

SMSF trustees, advisers and especially SMSF auditors should continually monitor the eligibility of members to ensure they have not been disqualified. Naturally, clients are not always forthcoming about prior offences and previous indiscretions and therefore it is particularly important for advisers to actively consider the issue of disqualification. Advisers should include appropriate checks in their procedures to ensure no disqualified person is admitted or remains for more than 6 months in an SMSF. Finally, advisers should check to see if any of the SMSF member’s children may be disqualified and fine tune their estate and succession plans accordingly.