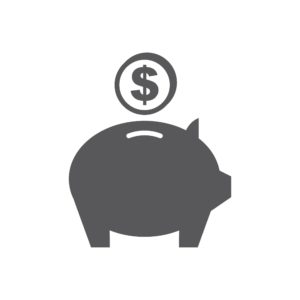 This article highlights some reasons why a contribution reserving strategy may be used by an SMSF, and also briefly discusses the risks and some of the associated compliance issues.

Reasons for engaging in contribution reserving

There are a range of reasons why SMSF trustees engage in contribution reserving. For instance, contributions are received from time to time from members and other persons where the SMSF trustee does not have sufficient information to allow ready allocation of those amounts directly to the member’s account. In certain cases:

Broadly, contribution reserving has provided a practical method of receiving a contribution and dealing with the special rules and administrative practices that relate to allocating it to a member’s account at a later time.

A contribution reserving strategy can assist in managing contribution caps and other contribution thresholds such as the $250,000 div 293 tax threshold. We illustrate this by way of example.

Jim is a farmer who has an SMSF.

Jim’s earnings fluctuate quite significantly due to the seasonal nature of his work. Jim has a bumper year in FY2018 and earns assessable income of approximately $270,000. However, Jim believes that he will be lucky to earn more than $200,000 in the following FY.

Note the above outcome is based on the view of the Australian Taxation Office (‘ATO’) reached in ATO ID 2012/16 and TD 2013/22 to overcome a potential double taxation. However, note that these ATO’s materials do not specifically cover div 293 but are based on a similar issue. Thus, taxpayers seeking to rely on this view should consider obtaining expert advice or seeking a private binding ruling.

The allocation of contributions over two FYs may raise suspicion from the ATO that the trustees are trying to circumvent the excess contributions tax provisions, minimise div 293 tax or manipulate their TSB to be in a position to make further contributions to superannuation.

The ATO has indicated that it would expect to see an SMSF deed that authorised reserving, that a trustee resolution implemented the reserve, and that a trustee resolution allocated the contribution. Since the taxpayer bears the burden of proof, in the event that the ATO raises an assessment the taxpayer must prove his or her case on the balance of probabilities, typically at a significant cost. The ATO may also request further documentation and information and may check that this information does not disclose any irregularity or backdating, etc. The ATO may also seek to apply the anti-avoidance provisions and penalties if it is not happy with what unfolds.

Contribution reserving and the ATO SMSFRB 2018/1

The ATO also expressed its concern in SMSFRB 2018/1 about using reserves to produce positive tax outcomes after the mid-2017 super reforms (eg, ‘the intentional use of a reserve to reduce a member’s TSB to enable them to make non-concessional contributions (‘NCCs’) without breaching their NCC cap’). Consider the following example.

The ATO appears to accept this approach. However, let’s assume that:

In other words, due to the use of contributions reserving, Harry may be viewed to have a TSB that is less than the general transfer balance cap for FY2019. In these circumstances, it is arguable that a positive tax implication has been produced since Harry might not have had the ability to make further non-concessional contributions in FY2019 if not for the contribution reserving strategy.

For more information about the interaction between contribution reserving and SMSFRB 2018/1, please refer to the following link: https://www.dbalawyers.com.au/ato/what-is-the-status-of-contribution-reserving-in-light-of-smsfrb-2018-1/.

Contribution reserving is a strategy accepted by the ATO and there are still a number of reasons supporting its legitimate use. However, the law is complex and further considerations should be taken into account before using this strategy especially if it has the potential to circumvent the recent super reforms.

Naturally, for advisers, the Australian Financial Services Licence under the Corporations Act 2001 (Cth) and tax advice obligations under the Tax Agent Services Act 2009 (Cth) must be appropriately managed to ensure advice is provided within applicable legal limits of the law.