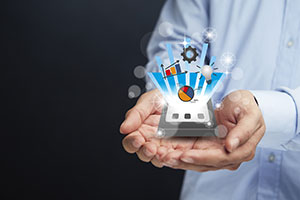 The biggest changes to superannuation in a decade will take effect from 1 July 2017, due to the Treasury Laws Amendment (Fair and Sustainable Superannuation) Act 2016 (Cth).

There are several cases from the past that are particularly relevant for these changes. In this article I detail why some of these changes and why they matter, the relevant cases and the lessons.

There are two key reasons why ‘employment’ matters in the context of the superannuation changes.

Firstly, from 1 July 2017 a fund paying a transition to retirement income stream will no longer be eligible for an income tax exemption. However, a fund paying an account-based pension generally will be eligible for an income tax exemption. For those aged 60–64, typically the determinant as to whether their fund can pay account-based pensions instead of transition to retirement income streams is whether (at the risk of oversimplification) an arrangement under which they have been employed has ceased. As APRA acknowledges in Prudential Practice Guide SPG 280: Payment Standards (paragraph 22), if for example, a 61-year-old had a ‘day job’ and a ‘side hustle’ job (my terms, not APRA’s) and the ‘side hustle’ ceased, then an account-based pension can be paid instead of just a transition to retirement income stream. Accordingly, particularly those aged 60–64 will want to say that (a) there is an employment arrangement and then (b) it has ceased.

The second reason is that those aged 65–74 must generally be gainfully employed on at least a part-time basis in order for the trustee of their superannuation fund to be allowed to accept contributions. This requirement was supposed to be repealed as part of the reforms. However, the repeal will not occur and the requirement will stay.

A company directorship is an office, not an employment, therefore it cannot be assumed that a person holding the office of director is employed under a contract of service: Hutton v West Cork Railway Co [1883] 23 Ch D 654; Normandy v Ind Coope & Co [1908] 1 Ch 84; Riverwood Legion and Community Club Pty v Morse (2007) 10 DDCR 378.

However, companies are able to enter into contracts of employment with their directors. An example is the managing director who has two separate functions and capacities, namely that of director and that of manager: Anderson v James Sutherland (Peterhead) Ltd [1941] SC 203 cited with approval in Lincoln Mills v Gough [1964] VR 193.

The AAT noted that:

… [the wife] did perform some work of an administrative nature in connection with her husband’s rental property. That work was undoubtedly valuable to him … But I am also satisfied that … [the wife] was undertaking the same work in the same way during 2006-2007 that she had been doing since the property was acquired in 1996.

Significantly, nothing in her workload or work pattern changed after she and her husband supposedly entered into a master-servant [ie, employer–employee] relationship. Life continued much as before.

…the taxpayer was merely repacking an existing domestic relationship so it took on some of the appearance of [sic] a employment relationship.

In this case, the relationship between the parties continued to be what it had always been: a spousal relationship in which one of the spouses attended to the management of the family’s affairs.

Accordingly, there was no contract of employment. Therefore, if the wives were between 65–74 of age (unless they had some other employment), they would not have been able to contribute to superannuation. Similarly, if the wives ceased the arrangement that, by itself, would not entitle them to receive an account-based pension.

Until 30 June 2017, in order to be eligible to make deductible personal contributions, a person has to satisfy, among other things, a 10% rule. This 10% rule broadly means that less than 10% of their assessable income can be derived from employment activities if they are to be eligible. As a result, most people are ineligible to make deductible personal contributions.

However, from 1 July 2017 the 10% rule is repealed. Accordingly the vast bulk of working Australians will become eligible for the first time to be make deductible personal contributions.

However, the paperwork requirements in order to be able to claim this deduction will remain. As the AAT noted in Johnston v FCT [2011] AATA 20:

… the requirement for a ‘notice of intent’ is not particularly well highlighted in the public material dealing with the tax treatment of superannuation contributions.

What are the requirements?

To deduct the contribution, or a part of the contribution: (a) you must give to the trustee of the fund … a valid notice, in the *approved form, of your intention to claim the deduction; and (b) the notice must be given before:

(i)       if you have lodged your *income tax return for the income year in which the contribution was made on a day before the end of the next income year—the end of that day; or

The legislation goes on to require that:

Failure to satisfy any of the above will result in no deduction being allowed.

Accordingly, those making deductible personal contributions from 1 July 2017 must ensure that a notice of intention in the approved form is given to the trustee of their fund and an acknowledgement is received back within the timeframes set out above.

Facebook0
Twitter0
Google+0
LinkedIn1
Can an SMSF trustee ever acquire residential property from a related party?
Don’t get left behind — get your pension documents in shape for 1 July 2017