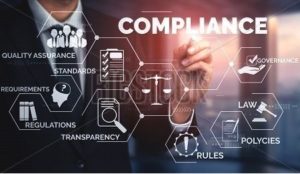 Moss Super Pty Ltd v Hayne [2008] VSC 158 is an important lesson for trustees and advisers to always consider what the governing rules of an SMSF provide before attempting to make changes or exercise powers.

On 25 July 2005, Mr Hayne died. At the time of his death, Mr Hayne’s interest in the Fund amounted to $710,820.85. At some point, Mr Hayne’s solicitor and executor, Mr Sundberg, was appointed a director of PMS alongside Ms Moss.

This case dealt with two issues. The first issue to be decided was whether Mr Hayne’s interest in the Fund (Interest) should be dealt with pursuant to the terms of the Fund’s deed (SMSF Deed) or as part of his estate under his will. While this article does not discuss the reasoning behind this point, it was found that the Interest was properly dealt with under the SMSF Deed.

Had the Interest been paid to Mr Hayne’s estate, the Defendant (a child of Mr Hayne) would have received a portion of the Interest. As the Interest was to be dealt with in accordance with the SMSF Deed, the trustee of the Fund was required to exercise a discretion as to which beneficiary would receive the Interest.

Under the SMSF Deed the Founder was obliged to appoint a person or company to fill the office of trustee when this office was vacant. It is not clear if the SMSF Deed itself provided the trustee with the ability to retire, however, the relevant state trustee acts or general law will likely permit a trustee to retire from their office should a deed be silent on this issue.

By letter addressed to the Fund the directors of PMS purported to tender the resignation of PMS from the office of trustee of the Fund. It was accepted by all parties that this was a valid resignation by PMS which the court agreed with.

The sole member of the Fund, Ms Moss, purported to both remove PMS and appoint Moss Super Pty Ltd as trustee of the Fund by a member’s resolution. This resolution was ineffective in achieving both of those purposes. PMS’s resignation was effected by its own accord and the member’s resolution was not required to achieve this, nor could it. Further, as the power to appoint a trustee when this office was vacant was vested in the Founder, only PMS could validly appoint a new trustee once the trustee (being PMS in a different capacity) had resigned.

This case demonstrates the importance of ensuring that the procedures set out in a fund’s deed are followed whenever making any changes to a fund. A common pitfall for advisers is not recognising that parties may have multiple roles as part of an SMSF and that these roles must be respected. Justice Byrne makes the point in this case that:

If parties have, no doubt for good reason, established a complicated legal structure such as this, they must respect it. And where they have, as here, multiple roles to play they must respect the conflicts which may arise.

This statement reflects the concept that an entity may have a number of roles within an SMSF which are distinct and do not merge. It is imperative that where a power is vested in a particular role an entity must be acting in that role when it exercises that power. A simple way for advisers to explain this concept to their clients is to use the metaphor of an entity being able to wear multiple ‘hats’ within the context of an SMSF. Common roles or hats that can be worn include that of member, trustee, employer and founder. Each of these roles will come with its own responsibilities and powers under the fund’s deed.

When purporting to exercise a power it must be clear that an entity is exercising that power in its capacity of the role that holds that power. That is, it is wearing the right hat at the right time. In a document where a party holds multiple roles they must be clearly seen to wear these different hats when exercising the different powers. To show this, an entity should be a party to a document in each distinct capacity and execute the document in each of these capacities.

There are significant risks involved with not properly documenting a change of trustee. To ensure this validly occurs a lawyer should be engaged to review the fund’s deed, identify the relevant powers and prepare appropriate documentation which follows the necessary procedures. This will ensure compliance with the fund’s deed and minimise the risk of legal challenge or additional cost in the future.

Note: DBA Lawyers holds SMSF CPD training throughout the year. For more details or to register, visit www.dbanetwork.com.au or call 03 9092 9400.