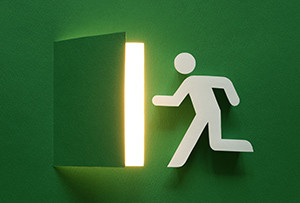 This article is the first part in a series of articles on SMSF succession planning. In Part 1 of the series we examine key considerations that arise for SMSF members seeking to formulate a robust succession plan in relation to their SMSF benefits. We also focus on planning for control of a fund in different circumstances. In particular, we examine:

What is SMSF succession planning?

Succession planning is a critically important aspect of successfully operating an SMSF, though it is often overlooked. Every SMSF member should develop a personal succession plan to ensure there is appropriate planning in place to govern succession to the control of the fund and other succession arrangements appropriate for their individual circumstances.

An optimal SMSF succession plan should achieve these goals in a timely fashion, with minimal uncertainty and in the most tax efficient manner possible. However, it should also be recognised that trade-offs may need to be considered, as it would usually be considered preferable that the ‘right’ people receive a benefit and pay tax, rather than the ‘wrong’ people receive a benefit in a more tax efficient manner. Accordingly, there is no easy ‘one size fits all solution’ for SMSF succession. However, a well thought out SMSF succession plan should ideally address the following matters:

Many people have no succession plan in place for their SMSF which may result in considerable uncertainty arising in the future with respect to the control of the fund and the ultimate fate of their member benefits.

With the passage of time, there is a significant risk that some SMSF members may lose capacity to administer their own affairs. In the absence of prior planning, this could result in major uncertainty and risk arising in relation to control of the SMSF. Having an EPoA in place can help overcome this problem, as an EPoA appointment is ‘enduring’, enabling a trusted person (ie, the member’s attorney under an EPoA) to continue to run the SMSF as their legal personal representative (LPR) in the event of loss of capacity.

It is strongly recommended that every SMSF member implement an EPoA as a part of their personal SMSF succession plan. It would not be an exaggeration to say that being a member of an SMSF without an EPoA is courting with disaster.

Naturally, given the important responsibilities of the position, the member must trust their nominated attorney to do the right thing by them. Only a trusted person should be nominated, and insofar as the member retains capacity, the EPoA should be subject to ongoing review to ensure its ongoing appropriateness. Consideration should also be given as to whether scope of the appointment should be general in nature (ie, a general financial power) or limited to the SMSF or to the trustee of the SMSF. For example, if the member wishes to preclude their attorney from exercising certain rights in relation to, say, their member entitlements or confirming, making or revoking their BDBN, this should be expressly covered in their EPoA.

It should be noted that, by itself, an EPoA is not a mechanism by which an attorney can actually step into the role of trustee or director of a corporate trustee. An EPoA merely permits the member’s attorney to occupy the office of trustee or director of the corporate trustee to help ensure the SMSF can continue to operate in a fashion consistent with the member’s wishes. This is because a member’s attorney appointed under an EPoA is expressly recognised as satisfying the criteria relating to the trustee-member rules in s 17A of the SISA. However, the attorney must still be appointed in the first place. The appointment mechanism which facilitates the LPR to step into the role of SMSF trustee or director of the corporate trustee is contained in the SMSF deed and the company’s constitution. For example, in the context of a corporate trustee, in the absence of other appointment provisions in the constitution, generally the shareholders must exercise their voting rights to appoint a director.

Succession on death — the role of the executor as LPR

The death of a member is another case where succession to control of an SMSF should be carefully considered.

However, it is important to understand that this provision does not require or create this state of affairs. For example, for s 17A(3) to apply, an LPR must actually be appointed as either:

These cases underscore the fact that a deceased person’s LPR (ie, their executor) does not automatically step into the role of an SMSF trustee or director upon a member’s death. Broadly, it depends on the provisions of the SMSF deed (most SMSF deeds do not have a mechanism for this to occur) and whether there are other appropriate legal documents in place to ensure this can occur.

Section 201F of the Corporations Act 2001 (Cth) empowers the personal representatives of a sole director and sole shareholder in a private company to appoint new directors for the company on the death or loss of mental capacity of the principal (ie, the sole director/shareholder).

Thus, if an SMSF was a sole member who is also the sole director/shareholder of the corporate trustee, s 201F can assist in relation to the member’s LPR exercising powers to take control of the SMSF trustee after their death (or loss of legal capacity).

However, it is important to understand the limitation of this provision. For instance, s 201F cannot assist where an SMSF member has died and SMSF trustee company has more than one director or shareholder, or where the shareholder is a person other than the sole director who has died.

Accordingly, relying on s 201F is not a sound strategy in many cases.

By ensuring that the company constitution of the SMSF trustee contains successor director provisions, it is possible to plan for succession to the role of a director in a variety of circumstances without the limitations of:

Making a successor director nomination allows a director (ie, the principal director making a nomination in accordance with an appropriately drafted constitution prepared by DBA Lawyers) to nominate a person to automatically step into the shoes of the principal’s directorship role immediately upon loss of capacity, death or another specified event occurring.

The successor director strategy is designed to work in conjunction with a member’s overall estate and succession plan to enable an attorney appointed under an EPoA or an executor of a deceased member’s will to be automatically appointed as a director without any further steps involved.

To place an order to update a company’s constitution to DBA Lawyers’ constitution (ie, to implement successor directors and obtain may other advantages) click here.

In Part 2 of our series, we examine tax considerations on death, and planning for timely payment of benefits before death.